Get the app Get the app
News & Media A rare bird: The ‘Hot Stuff’ PV-2 Harpoon

Warbird will be on display at AOPA's Indianapolis Fly-In 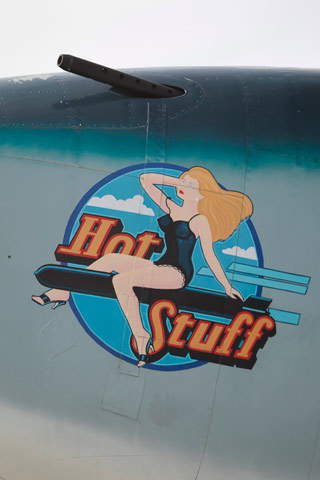 Hot Stuff turns heads on ramps wherever it goes. The warbird’s twin tails are a hallmark of the famous B-25 Mitchell Bomber, but Hot Stuff has a tailwheel instead of nosewheel. To the trained eye, there are other differences as well, like the fuselage, interior configuration, and wingspan. It’s a rare Lockheed PV-2 Harpoon.

“We like to tell the B-25 people we haul more, fly faster, bomb them, go back, and get more bombs,” said Gaylon Piercy, a member of the American Military Heritage Foundation based at Indianapolis Regional Airport. The aircraft will be on display for ground tours during AOPA’s Indianapolis Regional Fly-In May 31. The PV-2 Harpoon entered service in the mid-1940s and flew missions from the Aleutian Islands. Its combat crew comprised the pilot, co-pilot/navigator, radio operator, turret gunner, and radar operator/tunnel gunner. 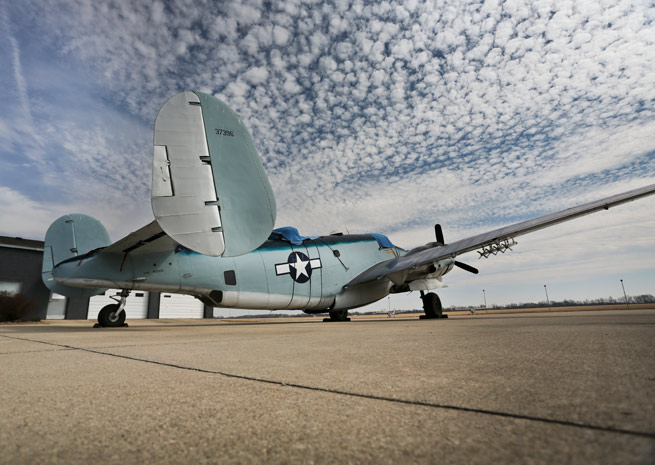 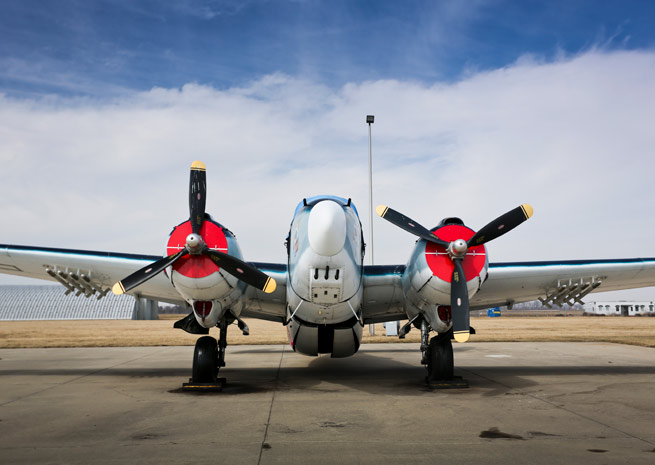 Just over 500 PV-2s were built, a replacement for the Lockheed PV-1 Ventura. Hot Stuff flew in the service until 1953 and later became a sprayer to prevent the spread of fire ants in the Southwest. In 1989, the American Military Heritage Foundation purchased Hot Stuff to fly it to airshows to educate the public and students about the aircraft’s history. Hot Stuff is listed in the National Register of Historic Places and has had its 15 minutes of fame on the big screen. A NOVA documentary, Last Flight of Bomber 31, about a PV-1 that disappeared, used Hot Stuff to film the flying scenes at Indianapolis Regional.

Despite its flying in the war effort, agricultural spraying, movie filming, and airshow visits, Piercy said, “It’s got more hours of maintenance than hours of flying.” Piercy, who is a general aviation pilot and A&P, helps work on the warbird: “The reward to it is, if you get involved in the organization, you really get to work with it.” 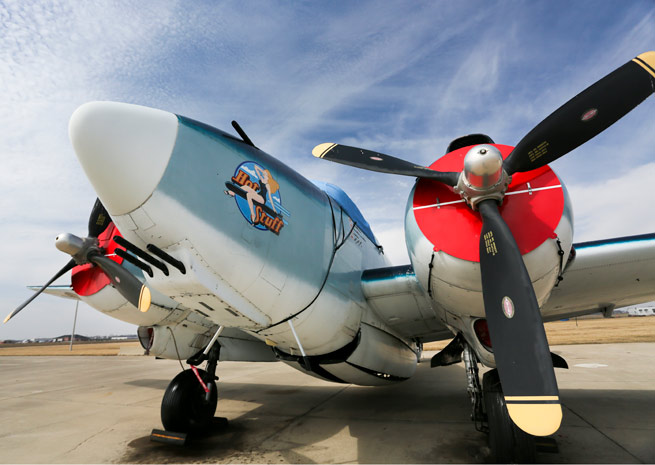 Rich Suiter, president of the American Military Heritage Foundation, said that the reward also comes from the people they meet at the airshows, particularly those who had served on a PV-2. Veterans relive their days in combat after climbing into the airplane once again. Once, a  former turret gunner in the PV-2 toured Hot Stuff and wanted to show them how he used to get up in the turret (they had to pull themselves up into the seat), but was unable. Another former crewmember wanted to get up in the cockpit one last time but couldn’t climb over the spar. “I’m not sure who was crying more,” Piercy said.

The group also offers history lessons to school children. An Indianapolis-area school brought 160 children to Indianapolis Regional to tour the aircraft and to learn about its role at the end of World War II.

AOPA Fly-In attendees also can learn details of the history while touring the warbird on May 31. RSVP to let AOPA know you are coming, and how many people will be with you.