Get the app Get the app
AOPA will be closing at 2:30pm ET Wednesday, November 23rd, and will remain closed Thursday and Friday in observance of the Thanksgiving holiday. We will reopen Monday November 28th at 8:30am ET.
AOPA Members DO more LEARN more SAVE more - Get MORE out of being a pilot - CLICK HERE
News & Media High schools compete in aerospace challenge

Two hundred Kentucky and Tennessee high school students traveled to the Lake Cumberland Regional Airport in Somerset, Ky., to participate in an annual wing design and flight challenge competition run by the Institute for Aerospace Education on May 17.

AOPA Southern Regional Manager Bob Minter, board member of the Institute for Aerospace Education, served as a judge in the wing design competition. His role included interviewing the teams, each of which submitted a paper and discussed how their model aircraft’s wing design was selected, tested, and evaluated for technical, safety, and weight-bearing characteristics.

Taylor County High School finished first in the flight challenge, just ahead of Frankfort High School, with South Warren third. According to the Institute for Aerospace Education, teams were judged on the results of a written test, an aircraft recognition test, a preflight of a Cessna 150 (with anomalies preset by an FAA-licensed AMT), and flight testing using a computer-based aircraft. 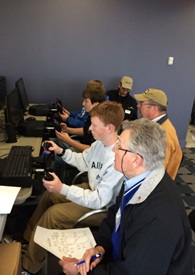 Airport manager Kellie Baker hosted the event, which was sponsored by Stantec Consulting Engineers and The Society of American Military Engineers. It was organized in a collaborative effort of The University of Kentucky College of Engineering, NASA Kentucky, and the Institute for Aerospace Education.

The complete results of the two events, along with the Institute for Aerospace Education’s Real World Design Competition, an industrial engineering challenge won by Frankfort High School, will determine the recipient of the IAE Aerospace Cup, which is "given annually to the high school in the IAE that exhibited the best performance over all events and programs," said the organization.

All of the awards will be presented June 19 at the Legacy of Flight Gala at the Aviation Museum of Kentucky, in Lexington. 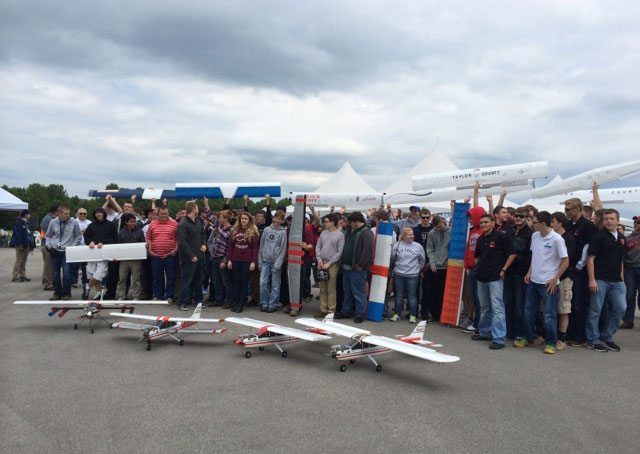