Get the app Get the app
News & Media Training Tip: 'Castles in the air'

Training Tip: 'Castles in the air'

A student pilot has some mid-afternoon cross-country flying planned on a day expected to produce fair weather after the morning fog burns off. One more flight to an airport 50 nautical miles north should satisfy the cross-country requirement for a private pilot certificate. Once this trip is safely in the logbook, it will be time to go ahead and schedule a checkride, the instructor has said.

Perhaps that scattered cloud layer at 2,500 feet is the remnant of the morning fog. But clearly, the weather window begins to close at 2000Z when there will be thunderstorms in the vicinity, and when that broken layer at 5,000 feet could include cumulonimbus clouds.

It seems to tell an encouraging story about winds and clouds—but there, buried in remarks, is an important item: Already there are moderate cumulus clouds to the north (the student pilot’s direction of flight.)

That means the clouds’ vertical development has already gone beyond what pilots and meteorologists refer to as “fair-weather cumulus” or “summer puffies.” That common type, you have learned from experience, signals a lumpy ride if you must fly beneath them in the updrafts, although they pose no major hazard.

“But, if the clouds are growing like castles in the air, the thermals are soaring high and could become thunderstorms. They are to be avoided,” wrote Jack Williams in "The Weather Never Sleeps."

Is this a go or a no-go scenario? It would help to update your briefing, taking a look at the current radar, more surface observations, and any current pilot reports.

But now that it is clear that the development of today’s clouds is going beyond a benign degree of vertical development, earlier than expected, be warned that rough weather could entrap the unwary. 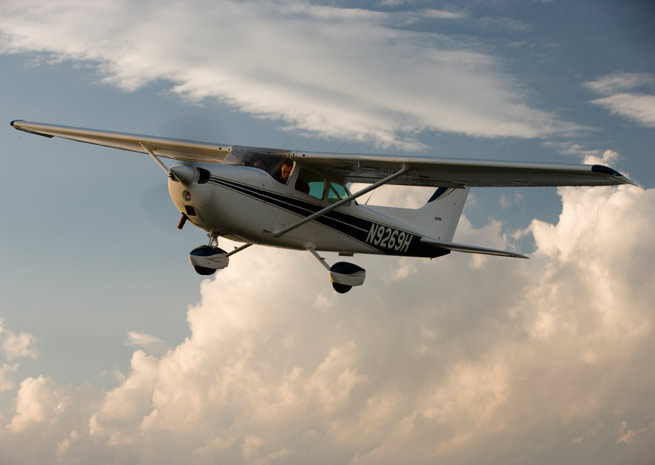