Get the app Get the app
AOPA Members DO more LEARN more SAVE more - Get MORE out of being a pilot - CLICK HERE
News & Media Fly-Ins/Indianapolis:From the track to the sky

Fly-Ins/Indianapolis:From the track to the sky

Get your ‘summer aviation fix’ May 31 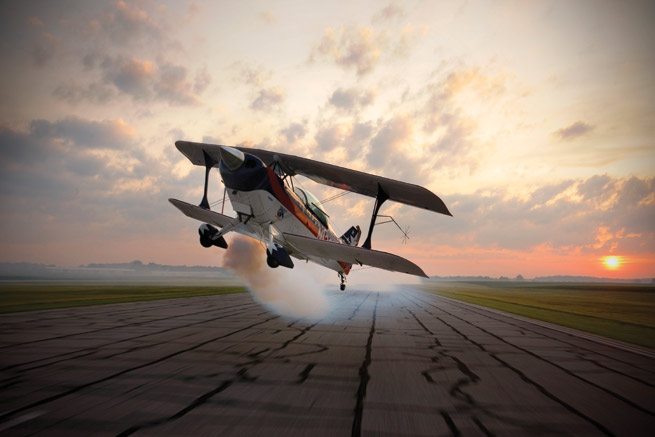 On the heels of the Indianapolis 500, AOPA’s Fly-In at Indianapolis Regional Airport (MQJ) May 31 will turn heads from the track to the sky. Pent-up demand for an aviation event at Indianapolis Regional has been building since the popular Indianapolis Air Show, a 16-year tradition, was canceled in 2013 with no plans of a return because of spending cuts from sequestration. That makes the fly-in a “summer aviation fix” for many pilots in the Midwest, according to Ryan Maxfield, general manager of Indy Jet at the airport.

Known to locals as Mount Comfort, the airport, just a 20-minute drive from downtown Indianapolis, changed its name in advance of the city’s hosting the 2012 Super Bowl in order to attract more jet traffic. But the airport’s warm Midwestern style hasn’t changed. Pilots stop in the Indy Jet FBO for a newspaper, cup of coffee, and a chat before heading to their aircraft or hangars. Gulfstreams park beside Piper Tri-Pacers, and everything from jets and warbirds to single-engine piston trainers share the nontowered traffic pattern, giving the laid-back, growing airport an energetic buzz that mimics the burgeoning city, which Maxfield dubbed “the biggest little town.”

Join us! Be sure to RSVP for a fly-in near you. 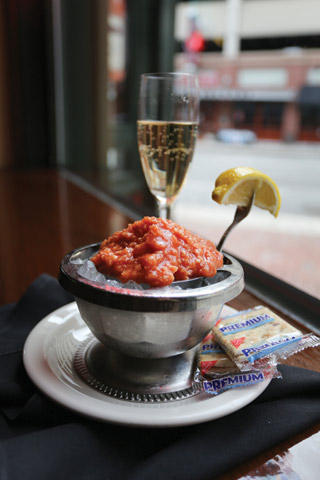 Pull out a handkerchief before biting into St. Elmo Steak House’s famous shrimp cocktail. It’s the only appetizer served at the 1902 tavern turned steakhouse, and eating it is a rite of passage for Indianapolis visitors.

“Your eyes might run a little bit,” St. Elmo co-owner Craig Huse hinted with a knowing laugh. “Your nose might even run a little.” Local pilots rave about the steaks and the shrimp cocktail but warn that the cocktail sauce will “blow your head off.” Some have suggested eating it to clear sinus problems. Huse said the secret recipe is “the not-so secret ingredient: copious amounts of horseradish,” which the chefs grind daily into the cocktail sauce.

Huse co-owns St. Elmo and other restaurants with his father, Steve. Both are pilots and use general aviation to travel for business. Huse became a partner in the restaurant in 1997 but started his career as a dishwasher at one of his father’s restaurants in Bloomington, Indiana. He learned to fly at Mount Comfort Airport, now Indianapolis Regional, and owned a Cirrus SR22 that he flew to meetings; to Chicago to check in with bread, seafood, and steak suppliers, and the restaurant’s architect; and to farms raising the cattle for the restaurant’s meat. A five-hour drive from Indianapolis to Chicago shortened into a 40- to 45-minute flight, he said. “To fly over that Chicago gridlock makes you feel good.” Managing multiple restaurants (including the popular Harry & Izzy’s next door to St. Elmo) and raising a young family consumed his time to the point that he sold his aircraft. However, the 580-hour pilot still travels to meetings by general aviation when he can and plans to get back into flying.

Huse joked that pilots flying to Indianapolis should swap the traditional $100 hamburger for a $125 steak. “The difference is only $25,” he said with a grin. His personal favorite steak dishes are the dry-aged New York strip or rib eye. Prices range from $24.95 for chopped steak to $52.95 for a 28-ounce porterhouse steak.

Pilots from Ohio, Kentucky, and Illinois fly in to eat there, or visit during a layover, Huse said. “You can literally fly in, taxi up, and in 20 minutes be at St. Elmo’s,” said Ryan Maxfield, Indy Jet general manager at Indianapolis Regional. The original tiger-oak back-bar and a view into the state-of-the-art kitchen welcome patrons into a clubhouse atmosphere, with dim lights illuminating framed photographs and autographs of celebrities, sports heroes, customers, and tuxedo-clad staff. The father-son team has expanded the restaurant since Steve purchased it in 1986, adding dining areas to seat 400 and the 1933 Lounge, a traditional speakeasy and wine bar. The restaurant  is open Monday through Friday, from 4 to 11 p.m.; Saturday, 3 to 11 p.m.; and Sunday, 4 to 10 p.m.

As the operator advances the throttle, the Allison J35 turbojet engine’s whir turns to a roar when the afterburner ignites, producing a fuel flow that would empty a car’s gas tank in 22 seconds. Operators need no previous experience to make this cross section of the turbojet sing. It’s an interactive display at the Allison Rolls-Royce Heritage Trust Allison Branch museum, designed to educate and entertain. The museum’s engines—including the World War I-era Allison Liberty; the rare Allison X-4520 in which 24 cylinders form an X; and the Rolls-Royce AE series on the Lockheed C130J Hercules, Cessna Citation X, and Bell-Boeing V-22 Osprey—have been rebuilt by volunteers with a level of precision that demonstrates how aircraft engines run “like a flying Swiss watch,” according to David Newill, president of the Rolls-Royce Heritage Trust. “We’ve used the most modern technology on our oldest engine,” he said of the Liberty. The distributors and spark advance were 3-D printed to complete the engine’s restoration.Based at the Indianapolis Rolls-Royce facility 20 miles from Indianapolis Regional Airport, the museum offers free one-hour public tours from 9 a.m. to 4:30 p.m. weekdays. —AJM