Get the app Get the app
Already a member? Please login below for an enhanced experience. Not a member? Join today
News & Media Briefing: In the pilot seat

Briefing: In the pilot seat

Lighting the spark in young people

The Young Aviators program puts 14- to 18-year-old teens in the pilot seat through daily simulator and aircraft training. 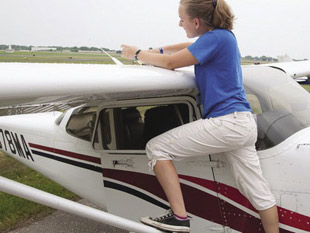 The Young Aviators program puts 14- to 18-year-old teens in the pilot seat through daily simulator and aircraft training. This training is done in a pleasant, informal atmosphere and coordinated through EAA Chapter 838, which is located at John H. Batten Airport in Racine, Wisconsin. The five-day program runs each summer.

This program lights a spark for youth interest in science, technology, engineering, and math (STEM) through exposure to aviation. The program works because many unpaid volunteers make it possible. Young Aviators was a 2013 recipient of an AOPA Foundation Giving Back grant.

The AOPA Foundation’s Giving Back Program awards grants to nonprofits doing good work through general aviation. The following organizations have been selected to receive a 2014 Giving Back grant: 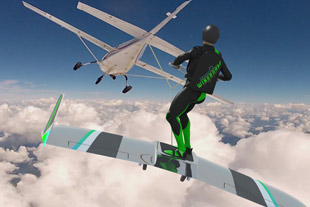 Test engineer Aaron “Wyp” Wypyszynski formed Wyp Aviation in Huntsville, Alabama, to create a surfboard for the sky—one towed behind an airplane. The concept involves a surfer wearing a parachute and standing on a Wyp Wingboard that has its own parachute. An introductory video shows both a model airplane and toy surfer doing formation rolls. The tow apparatus has multiple breakaway links for safety.

From the company website, here is how a flight begins and ends: “The initial thought was to deploy it from an aircraft in flight; however, stability issues and forces on deployment quickly ruled this out. Instead, a WingBoarder starts the same way a glider starts: on tow behind the tow plane. The WingBoard is equipped with landing gear, allowing a rolling takeoff. The tow rope design permits the rider to maintain a relaxed position while allowing the towplane and WingBoard to do all the work.

“Two options exist for landing: a rolling landing and landing via parachute. A rolling landing is performed just as a normal landing is, though the towplane pilot must pay attention to the WingBoard’s distance from the runway. This maneuver is practiced by gliders in the event that a tow rope becomes stuck and they are unable to separate from the towplane. The rider may also elect to disconnect from the tow line and use his or her parachute for landing.”

Geraldine “Jerrie” Mock, who in 1964 became the first woman to fly solo around the world, died September 30 at her home in Quincy, Florida. She was 88. Mock accomplished the feat that Amelia Earhart set out to achieve in 1937. She planned the 29-day flight in the basement of her home in Port Columbus, Ohio. She flew the route in a Cessna 180, The Spirit of Columbus, which had a new 225-horsepower engine and was modified to carry 178 gallons of fuel. —Jill W. Tallman

Sierra Industries is developing its Sapphire program using the HF120 fanjet engine from GE Honda Aero Engines for the Cessna Citation 525, CJ1, and CJ1+ aircraft. The engine was originally developed to power the Hondajet. Pricing had not been announced as of press time. The Sapphire program will also offer a BendixKing AeroVue flight deck upgrade and interior options such as LED lighting and improved entry stairs. It should be available for aircraft in 2016. The company claims the engines will be more powerful at higher altitudes and quieter than existing engines used by the aircraft, but has not provided details.—AKM

Testing has begun on four fuels selected by the FAA as candidates to replace 100LL. In a year the four candidates will be narrowed to two or three, followed by two years of additional testing that will trim the group to one or two. Two of the four candidates were developed by Swift Fuels, with one each developed by Shell and TOTAL. TOTAL is a consortium of Air Total, already supplying unleaded UL91 in Europe; BP Air; and Hjelmco Oil of Sweden, supplying unleaded grade 91/96 in Europe for 33 years.—AKM

Bob Hoover will receive the 2014 Wright Brothers Memorial Trophy from the National Aeronautic Association. The trophy is awarded annually to a living American for “significant public service of enduring value to aviation in the United States.” —AKM 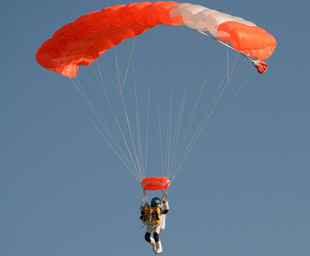 Google Senior Vice President Robert Alan Eustace, a 25-year pilot with airplane, multiengine, instrument, multiengine seaplane, and balloon ratings (plus a Cessna 500-series jet rating) has claimed the world record for the highest parachute jump, soaring above the 127,852-foot mark set by Red Bull-sponsored Felix Baumgartner of Austria by 8,000 feet, to 135,908 feet. He was lifted in a life-support suit (no capsule) via helium balloon to 25.7 miles, halfway to what is considered the boundary of space.

Eustace compared his innovative life-support suit to that used by undersea divers. It was built by Paragon Space Development’s Stratospheric Explorer (StratEx) team in Tucson, Arizona. Employees in Paragon’s Houston and Denver offices participated as well. The company also produced the balloon and support systems.

And now for the really good news: You can get to do it, too. World View Enterprises plans to build a capsule to take six people, at $75,000 each, and two pilots up to 100,000 feet hanging beneath a steerable parasail attached to a balloon. Passengers may go as soon as 2016, but first things first; there is at yet no full-scale capsule. A 10-percent scale model was tested in June 2014. Pilots will guide you back, or an automated system is capable of returning the capsule to the launch site via parasail if the pilots get lost.

75 years ago this month

It is December 1939. The average annual income is $1,368. The average cost of a new car is $750, while a new house averages $4,000. A gallon of milk costs about 23 cents and a gallon of gas is 10 cents. Bread averages 9 cents per loaf. The Grapes of Wrath and Mein Kampf are published. On the radio is Amos and Andy and FDR’s Fireside Chats. It has been a year of great films: The Wizard of Oz, Stagecoach, Of Mice and Men, Hunchback of Notre Dame, Snow White, and Wuthering Heights. The United States is also watching, however, a world at war.

The 1940 Olympic Games, to be held in Finland, are canceled.

DECEMBER 13
Battle of the River Plate—three British cruisers and the German heavy cruiser Graf Spee engage off the coast of South America in the first naval battle of World War II.

DECEMBER 15
Gone With the Wind premieres in Atlanta. The four-hour movie goes on to win 10 Academy Awards.

DECEMBER 29
First flight of the Consolidated B–24 Liberator. 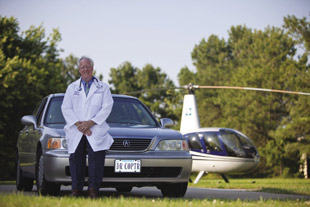 A state-of-the art medical facility on Virginia’s remote Tangier Island in the Chesapeake Bay serves as a memorial to the late Dr. David B. Nichols’ dedication to providing medical care to the community for 30 years. Now, Nichols’ aviation legacy—flying a Cessna 182 or Robinson R44 to the island every Thursday—is set in stone.

In September, AOPA President Mark Baker helped dedicate 2,400-pound granite memorials donated by AOPA at Hummel Field, Nichols’ home base near his mainland medical practice in White Stone, and at the medical clinic on Tangier Island. “Success means making a difference in somebody’s life, in somebody’s community,” Baker said, adding that Nichols was an example of how one person can make a difference “one day, one airport, one airplane at a time.”

For decades, Nichols worked in an outdated facility, bringing much of his medical equipment with him on flights from his practice in White Stone. He envisioned a clinic with the latest technology to serve the island’s nearly 600 residents. After a fundraising campaign, the David B. Nichols Health Center was dedicated August 29, 2010.

Nichols died four months later after a short illness, but had made arrangements to ensure the clinic would continue. He had already trained and been working with Inez Pruitt, a native of Tangier whom he encouraged to become a nurse and then a physician assistant.

Nichols packed more in a day than most could, said his wife, Dianne. “I think he was very well rounded. He seemed to have enough time to give to many parts of his life.” His story will leave an impression on all those who land at Hummel Field or visit the Tangier Island clinic.