Get the app Get the app
Already a member? Please login below for an enhanced experience. Not a member? Join today
News & Media P&E/Frugal Flier: Aircraft logs you just can’t lose 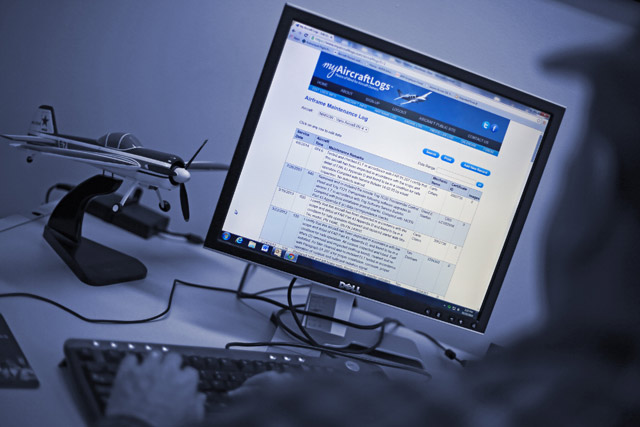 If you’ve ever felt a pit in your stomach when searching for—and not immediately finding—your aircraft logbooks, there’s now a solution for that.

MyAircraftLogs.com is a startup firm that allows aircraft owners to store digital versions of their airframe, engine, and propeller logs in the cloud. If physical logbooks are ever lost, they can be re-created at the touch of a print button. The digital logs also are searchable by name, keywords, dates, and other fields. Links to the FAA’s airworthiness directive database means that that the hard-to-find and cumbersome information is instantly accessible.

Brad Marshall of Dallas, a partner in a 1977 Piper Arrow, decided to launch the company after a moment of panic several years ago. He had hired an A&P mechanic to replace a cylinder. He handed over his aircraft logbooks and then didn’t hear from the mechanic for weeks.

“All I had was his cellphone number, and he wasn’t answering,” Marshall said. “I had no other way to reach him.”

As it turns out, the mechanic had a very good explanation—he had suffered a heart attack and was hospitalized. Eventually, his wife returned Marshall’s calls, the mechanic recovered, and the logbooks were returned.

“I didn’t mean to seem cold or uncaring, and I was relieved to find out that the mechanic was getting better,” Marshall said. “But I’ve got to admit that I was concerned about my aircraft logbooks, and I realized I never had to worry about them again.”

To find out more about the product, I sat at my computer on a rainy Saturday and transcribed 20 years of logbook entries from my personal airplane, a 1994 RV–4, into MyAircraftLogs.com. It was a tedious process, but the logbooks tell a story, and I definitely learned some things about my airplane that I didn’t know. For example, I knew that the airplane had a prop strike in 1994, but I didn’t realize that it took place a mere 1.3 hours after the engine had undergone a major overhaul. (Talk about bad timing!) I also knew the airplane had been to Europe, and a close look at the logs showed several entries made in both French and English in the early 2000s.

MyAircraftlogs.com allows users to scan and attach logbook pages with mechanic or inspector signatures, or yellow tags and other official documents. You also can upload digital photos of your airplane, or attach them to specific entries.

Marshall said individual accounts to MyAircraftlogs.com will sell for $19.95 a year (or $17 a year for AOPA members). Bound, printed logbooks with personalized photos will sell for $29.95.

Now that the heavy lifting of transcribing the original logs is done, upkeep should only require a few entries a year. Let’s hope, anyway.