Get the app Get the app
AOPA Members DO more LEARN more SAVE more - Get MORE out of being a pilot - CLICK HERE
News & Media Debrief: Automation misuse

Why is it doing this?

Last year, during a predawn instrument approach in instrument meteorological conditions, a UPS A300 was destroyed and its crew killed when it struck terrain just short of the runway. 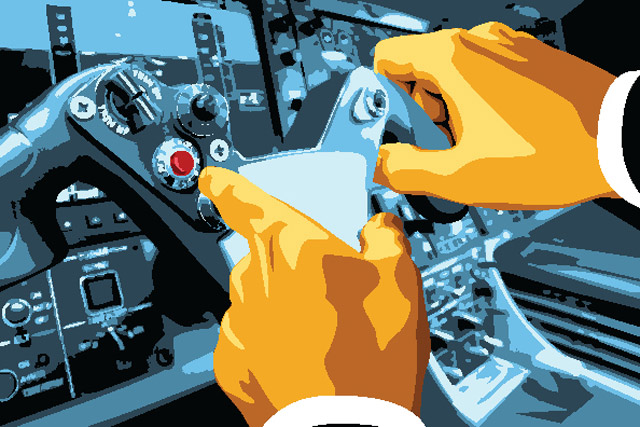 Last year, during a predawn instrument approach in instrument meteorological conditions, a UPS A300 was destroyed and its crew killed when it struck terrain just short of the runway. Preliminary findings show that the Airbus crew was held abnormally high during the vector to final on the nonprecision approach. The findings also say the captain selected an extremely high descent rate on the flight director to capture the published descent profile, while relying on the autopilot to control the aircraft. The airliner subsequently proceeded through the safe descent path and hit the ground in a classic controlled flight into terrain (CFIT) accident.

How could two professional airmen piloting a technically advanced aircraft allow this to happen? Standard protocol dictates that the pilot not flying monitor the flying pilot and advise of nonstandard procedure. Somehow this system failed that early morning.

Single pilots of turbine aircraft are trained to use automation to lessen workload during critical phases of flight, freeing the pilot to monitor the situation and make critical aviating decisions, some at the last second. Does this mean we should use the highest level of automation all the time, or should we drop down a notch—or even turn it all off and hand-fly the airplane—if the need arises? By levels, I mean that the highest level of automation is autopilot coupled with flight management system (FMS); say, automatically intercepting and tracking the localizer and glideslope. A notch down from that level would be hand-flying the flight director (autopilot off), coupled to the FMS. The lowest level is automation off and hand-flying using raw data (localizer and glideslope needles)—or by looking outside on a visual approach.

Sounds simple enough, but in my experience many pilots either use the highest level until it’s too late, or drop to the lowest level way too early.

How do we decide when it’s appropriate to adjust automation level? A 1997 video produced by American Airlines called Children of the Magenta Line  details company protocol with reference to automation usage. It states that pilots should use the appropriate level for the specific phase or flight task such as cruise, turning base, or terrain/collision avoidance. It discusses moving up or down a level as the need arises. An example of moving levels would be to disconnect everything and manually fly the airplane away from an impending collision, then reengage the flight director and autopilot for level flight, and finally go back to the FMS to reestablish the assigned course and altitude.

The video highlights one of the worst crashes caused by improper use of automation—the Boeing 767 CFIT accident near Cali, Columbia. American Airlines admitted that the aircraft’s FMS was improperly programmed, and the crew allowed the autopilot to fly a path to destruction. The AA training captain in the video states that the crew, upon noticing the error, immediately should have dropped down a level by uncoupling the FMS and steering the airliner in the right direction.

These unfortunate events highlight the fact that we are aviators first and flight managers second. The sophisticated automation in our aircraft should be used to prevent task saturation. When used correctly, it is one of the many tools at our disposal. The next time you are assigned a last-minute runway change or dumped onto a high-and-fast, close-in visual approach, drop it down a notch—or better yet, turn it all off, look outside—and fly the airplane.