Get the app Get the app
AOPA will be closed July 4th, in observance of the Independence Day holiday. We will reopen at 8:30 am ET on Tuesday, July 5.
News & Media New president, upgraded facilities for Vaughn College

Vaughn College of Aeronautics and Technology recently celebrated the completion of a nearly $40 million renovation and sound abatement project and installed the college’s first female president.

The college, located in Flushing, New York, across the Grand Central Parkway from LaGuardia, moved to its current location in 1941. Because of continued expansion of the airport, one of LaGuardia’s runways now extends to 200 feet from the school; renovations included sound insulation tailored to high-energy, low-frequency aircraft engine noise, according to a press release from the renovation project team.

Grant funds from the FAA and the Port Authority of New York and New Jersey helped fund the project, and Vaughn invested $7 million from its own funds. Celebrations of the project culminated in the official installment of Sharon DeVivo as the college’s new president, its first female president since its founding in 1932, on Nov. 7.

“Vaughn’s proximity to LaGuardia Airport is a tremendous advantage for students in our aviation programs, but it came at a cost to our teaching and learning experience," DeVivo told AOPA in an email. "With the soundproofing complete, classes can continue without interruptions as we reap the benefits of our ideal educational environment."

DeVivo explained that Vaughn students "benefit from the campus’ location in the center of the largest airport system in the world that includes LaGuardia, John F. Kennedy International, Newark International and many others," as well as from the many aviation professionals working in the region; she added that Vaughn students have taken advantage of internships and opportunities at area airports, avionics and manufacturing firms, and other aviation-related companies.

DeVivo has been with Vaughn College since 1996 and has been serving in the role of president since July 1, according to the college. Vaughn also said the gala celebrating the completion of the renovation and the retirement of outgoing president John C. Fitzpatrick raised $100,000 for scholarships and institutional priorities. The private college has more than 1,700 students enrolled in engineering, technology, management, and aviation degree programs at its New York location and online. 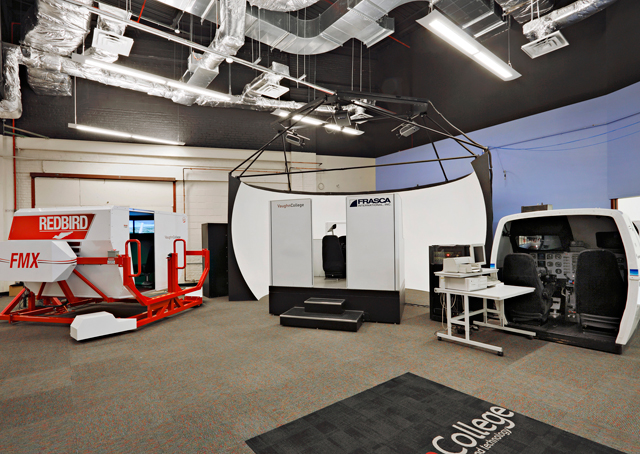