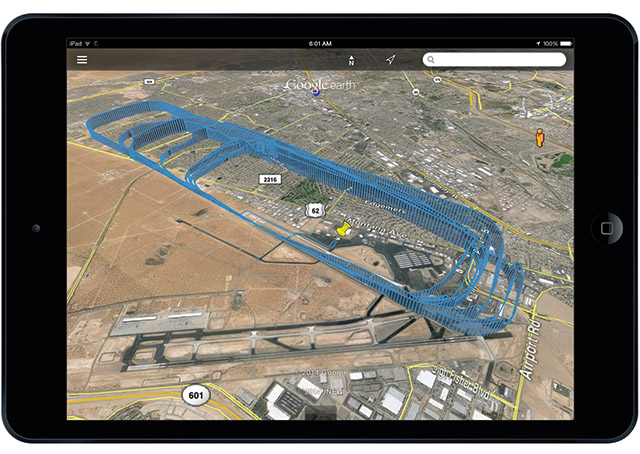 The Stratus 2 Automatic Dependent Surveillance-Broadcast (ADS-B) receiver made for iPads running ForeFlight has now been given recording capability, a feature enabled through a software update.

ForeFlight Mobile version 6.4 allows users to update the Stratus device firmware wirelessly through the iPad, and that update of the Stratus allows users to record up to 20 hours of flight data for later review. Stratus captures position, speed, and attitude (including pitch and roll) data through a built-in AHRS, and records that data internally for post-flight transfer into ForeFlight on the iPad, which can in turn supply the data to Google Earth or CloudAhoy for viewing and analysis.

The Stratus 2 retails for $899 from Sporty’s Pilot Shop, and feeds data to the iPad during flight for display of weather, traffic, and position information in ForeFlight. Stratus offers a backup source of GPS and AHRS information, and eight hours of battery life.

“Flight data recording is a great tool for flight instructors and new pilots to visually debrief each flight,” said Sporty’s Vice President John Zimmerman in a news release. “Students can see progress over time as they practice maneuvers and instructors can reinforce the effects of wind on performing those maneuvers. In addition, you always have a record of your flights to help with filling out your logbook.”