Europeans research aviation for the masses 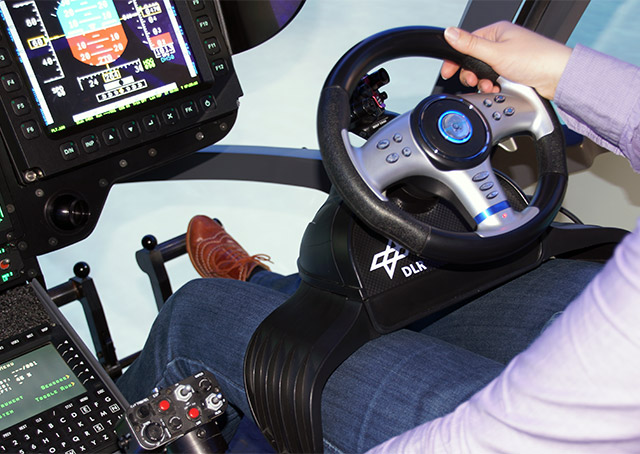 Experienced helicopter pilots might find themselves with more of a learning curve than a random nonpilot using the control scheme being cooked up in Europe. Research teams hope to make aviation a transportation option for the masses in years to come, and achieve that by making future aircraft as simple and intuitive to operate as a car.

The German aerospace agency DLR (Deutsches Zentrum für Luft- und Raumfahrt) is collaborating with counterparts and institutions across Europe to develop personal aircraft that can be flown with little or no training, an airborne everyday driver for the masses. 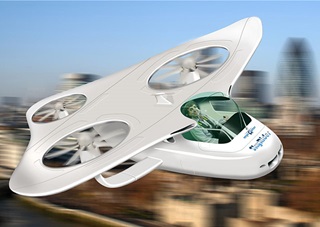 With the four-year project to investigate potential technologies, designs, navigation, and operation of personal aerial vehicles drawing to a close, DLR announced the agency's own contribution to the European Union-funded research project dubbed “myCopter.” The announcement is illustrated by a rendering of a futuristic design powered by three ducted rotors embedded in a reversed delta wing, a smiling occupant in the cabin hanging below as virtual buildings flash past—an occupant with very little else to do, compared to current pilots.

DLR developed a control system for myCopter based on an automotive steering wheel that replaces the cyclic stick of a helicopter, and rudder pedals rigged to control acceleration and deceleration—the brake pedal analog can even bring the aircraft to a hover. A computer registers the operator input, and translates that into the appropriate actions. Turn the wheel left to turn left, etc.

"The key to simplifying helicopter flight for everyday purposes and—in addition to the controls themselves—(is) to introduce suitable sensors and screen content that make piloting the aircraft as intuitive as possible for the user," said Heinrich H. Bülthoff, the myCopter project manager from the Max Planck Institute for Biological Cybernetics.

A highway-in-the-sky (HITS) display would help the masses guide their personal aircraft along the most efficient route, though a French team is working on collision avoidance, swarm flight, and automatic landing site detection—concepts that would minimize the need to use the steering wheel at all.

DLR has tested the steering wheel control system in a simulator, and plans to use its highly modified Eurocopter EC 135 for real-world flight testing. Future citizens of Earth may look skyward one day to see squadrons of myCopters joining up to head to the office. Another research team is investigating the social effects of that. 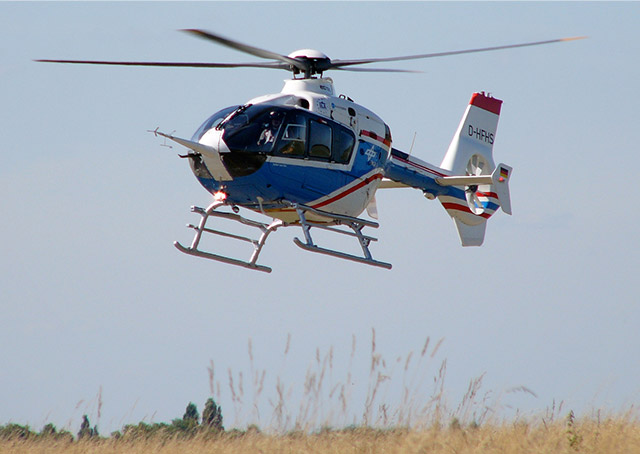