Get the app Get the app
Already a member? Please login below for an enhanced experience. Not a member? Join today
News & Media Breitling becomes AOPA Strategic Partner 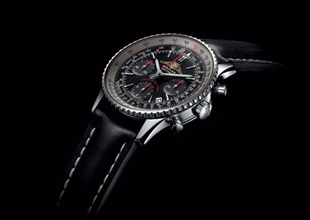 AOPA and famed Swiss watch maker Breitling have announced a Strategic Partnership that will support programs to educate and engage the next generation of pilots across the country.

Breitling commemorates AOPA’s seventy-fifth anniversary with the launch of a special limited-edition timepiece for AOPA members and an aviation scholarship program.

The AOPA-Breitling partnership spans more than 60 years, when in 1954 AOPA selected the Breitling Navitimer as the official watch of AOPA.

Breitling’s 2014 Navitimer timepiece features the AOPA logo on the dial, similar to the version launched in 1954. It will be unveiled at AOPA headquarters on Oct. 3, on the eve of the AOPA Homecoming Fly-in in Frederick, Maryland.

"We are delighted that Breitling has revived a very special aviation tradition in honor of AOPA's seventy-fifth anniversary," said AOPA President Mark Baker. "This is a truly unique timepiece that reflects on our proud history and general aviation while ensuring a strong future by supporting flight training scholarships to help create the next generation of pilots."

A portion of proceeds from the sale of this special commemorative edition watch will go to the Breitling Aviation Scholarship Fund to help create the next generation of pilots. The AOPA Foundation will administer this scholarship program, which will be available to aviation enthusiasts of all ages.

Early in its history, the Breitling timepiece was recognized as an aviator’s chronograph and was notably provided as the on-board chronograph for World War II fighter airplanes. Breitling’s Navitimer watch, with a circular slide rule that enables it to perform all necessary navigation-related calculations, is the ideal pilot’s chronograph. It remains a favorite among pilots.

“The support from AOPA over the years represents a key part of Breitling’s aviation heritage,” said Breitling USA President Thierry Prissert. “As the largest aviation organization of its kind, members are a diverse community of pilots, and Breitling is thrilled to be recognizing this significant anniversary with a special edition timepiece that is commemorative for members and contributes to such a worthy cause.”

AOPA members may order their custom timepiece by visiting Navitimer. They can have their name and membership number engraved on the caseback to commemorate the significant anniversary.