Get the app Get the app
AOPA will be closed July 4th, in observance of the Independence Day holiday. We will reopen at 8:30 am ET on Tuesday, July 5.
News & Media Quick Look: Astra SPX

From Israel with performance

The Israel Aircraft Industries (IAI) Astra SPX can trace its roots back to the twin piston Aero Commander 500. 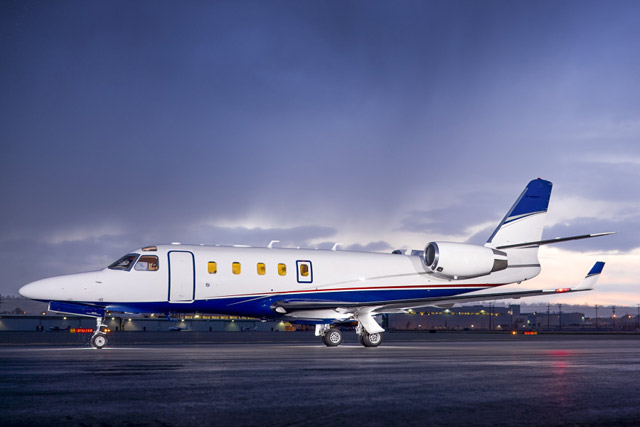 The Israel Aircraft Industries (IAI) Astra SPX can trace its roots back to the twin piston Aero Commander 500. Using that fuselage, Aero Commander created the Jet Commander, which was bought by IAI in 1968 and renamed Westwind. The Model 1125 Astra was a 1980s follow-on to the Westwind that used a more typical low-wing configuration, compared to the mid-wing mount of the Jet Commander/Westwind. Astras mount the engines high and far back on the fuselage to keep noise away from the cabin.

With the SPX, IAI mounts two 4,250-pound-thrust TFE-731s in place of the former Astra SP’s 3,700-pound-thrust versions of the same engines. The SPX also sports winglets that distinguish it from its forebearer. That big boost in power results in a fast cruiser with good hot-and-high performance numbers and transcontinental range. Expect maximum cruise speed to settle in around 460 knots/Mach 0.82. It can haul a full load off sea-level runways of about 5,000 feet in length, climb direct to FL390 and have the range to land at any airport within about 3,000 miles if the optional 100-gallon auxiliary fuel tank is utilized. That fuel tank consumes lots of space in the unpressurized aft baggage bin, so plan accordingly.

Leading-edge slats make the Astra a good short-field performer, but IAI’s use of pneumatic deice boots on the leading edges has drawn criticism over the preferable heated leading edges. Pilots won’t have much to complain about when it comes to engine thrust control, however. The SPX introduced digital electronic engine control (DEEC) to the Astra, so setting thrust is just a simple click on the levers.

On the inside, passengers will find a cabin that’s narrower than many other competitors in the mid-size category. A trademark of the Jet Commander/Westwind/Astra cabin is the near-vertical sidewalls that provide ample elbow and shoulder room in the so-called “square oval” interior cross section. A dropped center aisle provides a cabin height of 67 inches. A rear lav spans the full width of the cabin. Compared to other midsize jets, the Astra wasn’t a huge hit with passengers, but the SPX was a big improvement over the original.

Up front, the SPX came with a four-tube Collins Pro Line 4 avionics package, which was quite modern in 1996. Of course, by today’s new-airplane standards, this setup is quaint, but it absolutely gets the job done. An APU
was optional with the SPX and it is a nice-to-have feature to provide ground electric
and air conditioning, negating the need for
a power cart.

Astras were always sort of a fringe player in the bizjet market, with a minimal support network. But with the 2001 acquisition of the company by Gulfstream, the SPX (and its Galaxy stablemate) gained worldwide support with a well-known manufacturer. Gulfstream later tweaked the SPX and renamed it the G100; it remained in production until 2005.