Get the app Get the app
AOPA Members DO more LEARN more SAVE more - Get MORE out of being a pilot - CLICK HERE
News & Media Strategy: Alternate realities

Your destination just went below minimums. Now what will you do?

From the first moment a pilot touches the controls of an airplane until the very last, there should be a CFI-induced phrase scrolling around in his head each and every time he climbs into the cockpit. 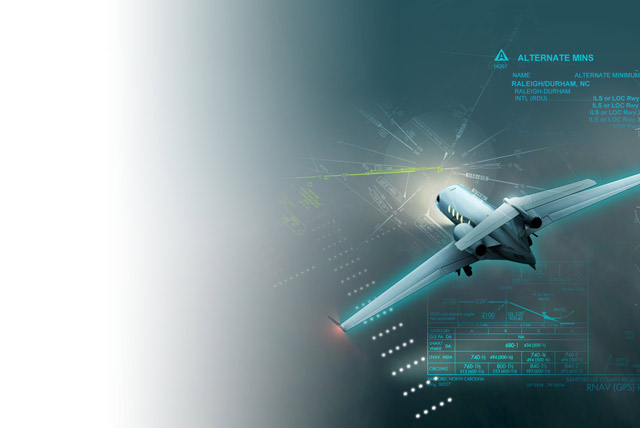 From the first moment a pilot touches the controls of an airplane until the very last, there should be a CFI-induced phrase scrolling around in his head each and every time he climbs into the cockpit. That phrase: “What if?”

What if my destination weather drops below minimums before I arrive, what if that trusty Pratt & Whitney on my TBM quits at night, or what if I’m solid IFR and the multifunction display shuts down, the one with all the approach plates in it? There are thousands of other possibilities. What binds those nagging thoughts together is that a successful outcome for the most part depends on the PIC choosing the right place to set the airplane down.

Understanding your airplane at a depth few organizations train to during initial or recurrent is a good place to begin. Do you know how far your light jet or turboprop will glide in still air from FL300 or higher, for instance? You should, because you’ll only get one chance to make that alternate airport if even the most reliable turbine engines flame out. An Eclipse 550 at 41,000 feet will glide 82 nautical miles with both engines shut down, while from 30,000 feet, a Pilatus PC-12 can glide 77. Can you dissect the electrical system on that Citation Mustang in your head if you need to when you’re flying single pilot? Flying turbine aircraft safely means expanding the horizons of your knowledge of systems and flight characteristics considerably beyond what you might have soaked up in class. There is much to learn.

If in-depth aircraft knowledge is important, so are some of the basics of choosing an alternate airport long before it’s needed for an IFR flight, which always depends upon the destination airport’s weather forecast. Pilots fresh from an instrument rating or recurrent should remember the “One, Two, Three,” rule, the first step in deciding whether an alternate is necessary. From one hour before until one hour after the aircraft’s estimated time of arrival, the destination forecast must call for a ceiling of at least 2,000 feet and a visibility of at least three statute miles. Anything less requires an alternate.

But not every airport can serve as an IFR alternate. An airport with non-precision approach capabilities—even if they use many of the current batches of more-precise GPS approaches—must abide by weather forecasts guidelines too. At arrival time the forecast must call for a ceiling of at least 800 feet with a visibility of two statute miles. With precision approach capabilities at the field, those arrival weather minimums can drop to 600-foot ceilings and two miles. If forecast weather looks to be less than either of these two minimums at arrival time, the airport’s not a legal alternate. Pilots must also be prepared for the approach aid at the alternate they choose. Picking an airport with an LNAV/VNAV approach is useless if the pilot’s never flown one.

When you read the words NBAA range (often slightly less than manufacturer numbers), the PIC must remember that calculation is based on enough fuel to complete a normal flight, descend into the destination, miss the approach and hold for five minutes before climbing back to long-range cruise and heading to an alternate at least 100 nm away. By the time the aircraft reaches the alternate, the fuel remaining should allow for a safe approach and land with VFR reserves.

Other restrictions could also make an airport unsuitable as a Part 91 alternate. If the landing aid at the airport is not continuously monitored, or if the airport does not possess weather-reporting capabilities, it can’t be listed as an alternate airport. Scanning an FAA AeroNav instrument approach plate will offer a few more clues. If a small white “A” inside a black triangle appears near the bottom of the plate, there’s something unusual in the area that demands higher minimums in order to consider that airport as an alternate. Query the airport’s flight planning pages for those non-standard numbers. If the black triangle is suffixed with an “N/A,” that airport is “not authorized” to be considered as an alternate under any circumstances.

Checking notams before choosing an alternate is also important to confirm an airport’s operating hours for instance. Heading for your alternate after missing an approach is no time to learn your backup runway is closed or the ILS is out of service either. To paraphrase an airline emergency briefing, keep in mind that the best alternate airport might be behind you, back toward your original point of departure.

Consider the local geography around an alternate airport as well. Simply choosing an airport nearest your original destination might not be a good idea, especially if you’re headed for a busy terminal area such as New York or Los Angeles. Extra vectoring to an alternate airport down low can seriously eat into any turbine airplane’s valuable fuel reserves. A climb to a higher altitude where the fuel flows will drop significantly as you head for an alternate might be a wiser choice. Under IFR regulations, an aircraft must carry enough fuel to arrive at its primary destination, then fly to the alternate and remain airborne for an additional 45 minutes under normal cruise power settings, so plan ahead.

Know what ground services are available at your alternate. Don’t select an airport in the middle of nowhere simply based on weather if it means being stuck with few fuel or rental car options for you or your passengers. If you normally operate from an airport with a 5,000-foot runway, don’t choose one with a 3,900-foot surface to try out when your brain may already be challenged from a missed approach in poor weather.

Brittany Mitchell says more and more savvy turbine pilots are flying light jets and turboprops internationally these days. Mitchell is manager of regional trip support services for Rockwell-Collins Ascend Flight Information solutions. She says the decisions involved in choosing alternate airports change quite a bit once you leave the United States. “There’s more to consider than just notams, runway length, and operating hours when you’re looking at an international airport alternate,” she said. “For example, if the destination airport happens to sit near one country’s border, the alternate could end up in another. That means the pilot better be prepared with landing permits for that second country. Flying over a second country to reach a third where the alternate might sit, could require an overflight permit. We tell pilots to always choose an airport of entry first if the option appears as well.”

International flights mean staying aware of local politics. Assume for a moment that a new Eclipse 550 has already crossed the North Atlantic and arrived at Istanbul, Turkey, with a final destination of Tel Aviv, a trip of about 700 miles or roughly two hours. Business jets headed for Tel Aviv regularly use Larnaca (Greece) Cyprus as an alternate. But if that Eclipse departed Istanbul and eventually found its way back to the Greek side of Cyprus, the crew might be surprised to learn that the Turks and Greeks on that island still have an age-old rivalry an aviator would do best to avoid.

The good news is that alternate airports are seldom used as much as this planning might make you believe. The trouble is that no pilot knows for sure when his or her alternate number will be called.

Robert Mark flew Hawkers as a corporate pilot and now is president of CommAvia, a media group serving aviation. He also publishes www.jetwhine.com.