New headset gets to know your ear

With all the recent attention to in-ear and on-ear headsets, Lightspeed has fired back with a cutting edge new over-the-ear model that takes noise attenuation and audio processing to new levels. 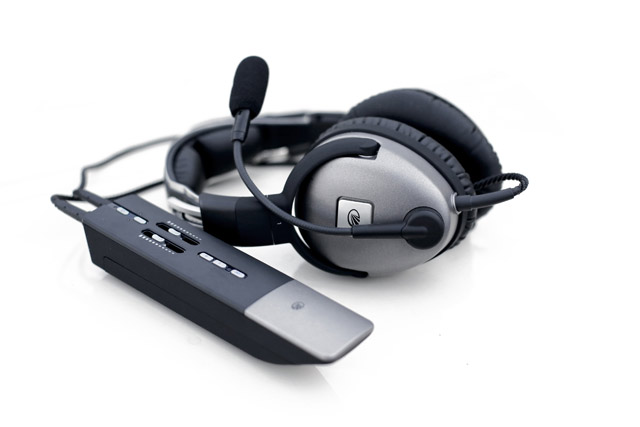 With all the recent attention to in-ear and on-ear headsets, Lightspeed has fired back with a cutting edge new over-the-ear model that takes noise attenuation and audio processing to new levels. Years in development, the Lightspeed Zulu PFX uses acoustic response mapping to constantly measure your “unique auditory landscape” (the shape of your ear and the fit of the headset) to fine tune the noise canceling and audio processing as flight conditions change. Put on a pair of sunglasses, for example, and a few seconds later the headset has mapped the new “landscape” caused by the addition of the sunglass frame over your ear. With that, the electronics adjust the noise canceling and you will hear a pronounced change in noise signature.

I’ve flown with Lightspeed Zulu headsets for years and own several pairs of them. When I first put the PFX on, the noise canceling seemed similar. However, shortly after powering up for takeoff I heard a bit of a burble in the headset (apparently the electronics figuring out the quickly changing environment) and then a pronounced drop in sound—so pronounced that I thought something broke. But all was well as the headset was simply doing its job, using its Streaming Quiet capabilities to adjust to the dynamic environment. A series of microphones inside and outside the ear cup constantly measure the sound and respond many times a second to cancel the din.

The default settings on the PFX (which stands for Personal Flying Experience) provide a high-level of noise canceling, but sliding the Home button on the side of the CPU to the Favorites position opens a whole new set of features, including access to an iPad and iPhone app. With a Bluetooth connection between the mobile device and the headset, the free Lightspeed FlightLink app allows further customization of the listening experience, including saving separate user-preferred sound profiles for intercom and music. The Voice Clarity feature further optimizes voice communication, providing a noticeable improvement in the quality of ATC audio. FlightLink, originally introduced in 2012 with earlier Zulu models, also can record and playback audio heard through the intercom and from the radios—helpful for when you missed an ATC call or for using later as an aid for students.

As with many other headsets, the Bluetooth connection also provides linking to a mobile phone, allowing hands-free calls through the headset (with impressive voice quality) and the playing of music from another device. A double tap of the

Action button on the CPU turns on and off the ComPriority function, which lowers the sound of phone audio and music when a radio transmission comes in.

The app also allows for customization of the automatic on and off feature (so you don’t leave it powered up after landing) and monitoring of the headset’s battery condition.

All the electronic sophistication comes with two penalties. The PFX requires four AA batteries, compared to two for the simpler Zulu models, and a much larger CPU. Fortunately, the CPU comes with a removable clip, which allows it to be clipped to a side pocket because it won’t fit conveniently in most pockets already overstuffed with checklists, outdated charts, and flashlights. The cables and connectors seems remarkably robust and, well, handsome. The cables are covered in what looks like a woven Kevlar material that makes them exceptionally flexible. However, an advantage of the CPU is that it can be connected via a supplied cable to a computer to receive firmware updates, opening up the possibility of new features and improved performance in the future.

Having flown with the Zulu PFX for several weeks, I can say that it is the quietest headset I have used and certainly with the most advanced audio processing. With PFX, Lightspeed has moved active noise reduction (ANR) technology up a notch after a number of years of no advancement in such electronics for over-the-ear headsets. With that leap, of course, comes a price tag that reflects the quality and capability. At $1,100, PFX is right at the top with the most expensive ANRs available—a place it has a right to be.

The mind of a master

Rod Machado’s ‘How to Fly an Airplane Handbook’ 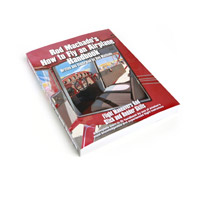 It’s not often we have the opportunity to get inside the mind of a master flight instructor. But with Rod Machado’s new book that’s exactly what we get.

Rod Machado’s How to Fly an Airplane Handbook is part maneuvers manual, part theory on flight. The AOPA Pilot and Flight Training columnist said he wanted to give both the why of flying and the how to do it. “There are books that talk about flying airplanes,” he says. “But they don’t talk much about the actual technique.” To that end, reading Machado’s handbook is like taking a lesson. With landings, for example, he goes beyond describing how the aerodynamics work to discuss exactly where to look and why. With steep turns he describes the visual references and how they change with left and right turns. “It’s the advice I give when I teach,” he says.

The book is full of little gems like this we normally only get from the best instructors in a one-on-one lesson. Machado spent more than three years writing and illustrating the book, which is punctuated with his trademark humor.

In-cockpit weather is the greatest advance in situational awareness since GPS. With hardware continually coming down in price, there are virtually no excuses not to equip. And if you’re still looking for a solution, an iPad with a Sagetech Clarity ADS-B receiver and your software application of choice is a good option. Clarity is compatible with about a dozen different applications. If your favorite is on the list, simply turn on the unit, throw it on the glareshield, connect the iPad to it via Wifi, and open the application. Once at altitude you’ll be rewarded with subscription-free weather and limited traffic information (other airplanes with ADS-B Out).

The little things matter with these devices, and with the Clarity a nice feature is the rubber sleeve it comes in. The little brick doesn’t budge an inch once inside.

We tested Clarity on a day with marginal weather and found it to be easy to use, reliable, and with a solid battery life (the company advertises six to eight hours). Two versions are available—a standard model and one that includes an attitude and heading reference system for a digital synthetic vision display.—Ian J. Twombly

Scheyden C-130 sunglasses. For many of us, quality sunglasses are more than just a fashion statement; they’re an essential piece of gear to keep our eyes safe in the cockpit, the car, or on the water.

Scheyden’s latest offering in its Fixed Gear lineup is the C-130—and I’m a fan. These 7-layer, mineral glass and titanium frame-glasses offer a slightly larger lens than the Mustang model while retaining that classically modern look that made the Mustang so popular with pilots, golfers, boaters, and fishermen. The C-130 is available in polarized and non-polarized versions, as well as several frame and lens color choices. Prescription lenses are also available. While Scheyden claims that these glasses are “ultra light” I’ve yet to wear any quality glass-lensed sunglasses that are—and these are no exception. Titanium frames help a lot, but let’s just say I know they’re there. And for me, I’m glad they are. It’s a small price to pay for the optical precision of these fantastic specs.

FullPro SoundVision glasses. One of the hardest things to improve upon is something that is already pretty darn good. Case in point, glasses. You open them up, put the stems behind your ears, and…well, there really isn’t an and. So when asked to test a pair of glasses that you Velcro to the sides of your headset, I wondered why, why does anyone need this? Because they’re pretty awesome.

I often wear a flying helmet, so traditional glasses can get squeezed at the temples and most goggles have to go over the ear cups and either cover the volume knob or interfere with the boom. FullPro attaches Velcro discs to each side of the headset, then attaches the Velcro straps of the glasses to those. They’re surprisingly comfortable and almost weightless.