Get the app Get the app
Already a member? Please login below for an enhanced experience. Not a member? Join today
News & Media Safety: Do you know the symptoms of hypoxia?

Safety: Do you know the symptoms of hypoxia?

TBM Ownersand Pilots Association Chairman Larry Glazer and his wife Jane died in a crash off the coast of Jamaica after the pilot became unresponsive. 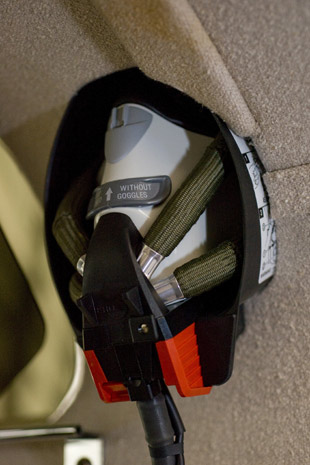 TBM Ownersand Pilots Association Chairman Larry Glazer and his wife Jane died in a crash off the coast of Jamaica after the pilot became unresponsive.

Glazer took delivery of one of the first Socata TBM 900 single-engine turboprops on March 24, 2014. That aircraft took off from Greater Rochester International Airport in New York on September 5 with a flight plan filed to Naples Municipal Airport in Florida. The North American Aerospace Defense Command (NORAD) later reported on Twitter that two F-15 fighters were “currently escorting an unresponsive small aircraft over the Atlantic, possible hypoxia.” The FAA confirmed that the aircraft crashed about 14 miles off the coast of Port Antonio, Jamaica, at about 2:15 p.m., according to a later NORAD update. Efforts to find the aircraft were unsuccessful as of September 9.

The accident came a week after the pilot of a Cirrus SR22T became unresponsive and crashed about 50 miles southeast of Wallops Island, Virginia; that pilot may also have succumbed to hypoxia. With hypoxia a potential factor in two high-profile incidents of unresponsive pilots, the Air Safety Institute issued a safety alert reminding pilots of the typical symptoms of hypoxia, outlining strategies for detecting and communicating a hypoxia emergency, and providing further resources.

“Bottom line: If you fly regularly above 10,000 feet msl, a pulse oximeter should be part of your equipment and you should check your oxygen saturation levels regularly during the fight,” the alert states.