Get the app Get the app
Already a member? Please login below for an enhanced experience. Not a member? Join today
News & Media AOPA Fly-In: Kick back in the sun

AOPA Fly-In: Kick back in the sun

Join us for the unofficial end to the flying season on November 8 at St. Simons Island, Georgia. 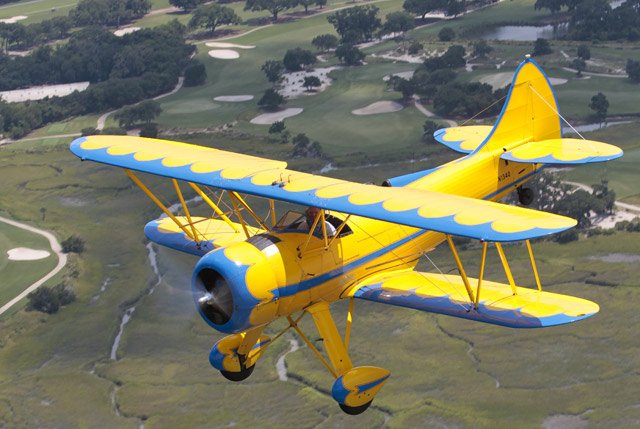 A beautifully restored Waco flies over one of the island’s many golf courses.

Join us for the unofficial end to the flying season on November 8 at St. Simons Island, Georgia. Wonderful Malcolm McKinnon Airport (SSI) will be the setting for dozens of exhibitors, thousands of pilots, and one of the most welcoming host cities you’ll find any-where. AOPA’s final fly-in of 2014 promises to be one of its best as we hit the southeast coast for a day of fun in the sun.

A variety of events and activities will be available for AOPA members, pilots, and aviation enthusiasts.

Mark Baker, AOPA President and CEO
Pilot Town Hall
Mark took office as AOPA’s fifth president in 2013. An
accomplished general aviation pilot, he began flying at the age of 16. He has owned numerous aircraft over the years, including a Beech 18 on floats. A native of Minnesota, he is an avid seaplane pilot. He has more than 7,500 hours and holds multiple ratings.

Thomas B. Haines, AOPA Senior Vice President, Editor in Chief
“Buy it. Fly it. Simplify Your Aircraft Purchase”
Learn how to take the mystery out of an aircraft purchase. Tom personally owns a Bonanza A36 and has overseen the purchase of all 20 AOPA Sweepstakes airplanes since 1993.

CDR Kirk S. Lippold, USN (Ret), Former commander, USS Cole
“Decision Making in Crisis”
Kirk was the commanding officer of the USS Cole when it came under attack by an al Qaeda terrorist in the port of Aden, Yemen. He is a U.S. Naval Academy graduate, is a private pilot with instrument ratings, and president of Lippold Strategies LLC. 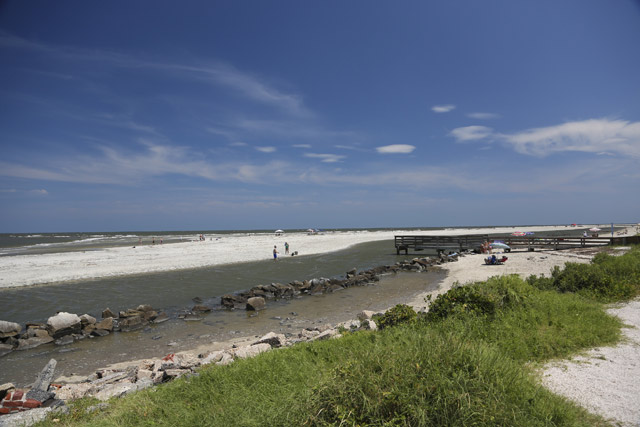 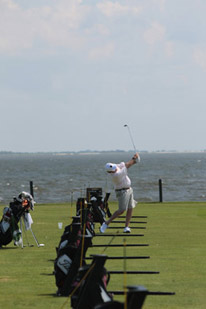 You can’t talk about St. Simons Island without talking golf, one of the main draws for visitors. Half a dozen PGA tour pros live on the island, which says something about the access to great courses. The McGladrey Classic, a PGA tour event, is held at the Sea Island Seaside course each October. This top-100 course is one of six on the island.

St. Simons Island’s Malcolm McKinnon Airport is playing host to the seventh and final AOPA Fly-In of 2014, an event and a destination that truly has something for everyone. Whether your passion is only aviation, or you are bringing a beach-loving, golf-playing load of family and friends with you, the hardest decision will be how long to stay on the island.

Something for everyone
Despite “only being a beach town,” St. Simons Island truly does offer something for everyone. Far beyond a the beach, the island boasts some of the country’s best resorts, golfing, shopping, enticing history, and a smattering of memorable restaurants. And the locals love the airport and are welcoming AOPA members with open arms.

The airport has been a part of the community for more than 75 years. It began as a gift of land from the Sea Island Company. Apparently the men who ran Sea Island were forward-thinking and believed that aerospace was the future. It didn’t take long for them to be proven correct.

World War II was a unique time for the island. With U-boats just off the coast, residents spent time scanning the nearby river and helping the Coast Guard patrol the shores. At the airport the Navy set up a radar training facility. German POWs also roamed the grounds, and kids would apparently pass items through the fence and learn a few words of a different language.

The officers’ quarters were in the King and Prince Hotel, one of the island’s historic properties that still exists today. Between it and the two Sea Island properties that have been rated among the top five in the country, great lodging abounds.

Since the Navy left, the airport has thrived, with occasional airline service and support from locals. SSI serves as a popular destination for corporate flights, both business and pleasure. There are few noise complaints, and airport property continues to be developed.

If it’s history your traveling companions are after, the island doesn’t disappoint. There’s Christ Church Frederica, established by Charles Wesley; the Fort Frederica National Monument, an encampment established by James Oglethorpe; a site marking the Battle of Bloody Marsh, where the British knocked the Spanish back to Florida a final time; a lighthouse from 1807; a maritime museum, and a few significant churches.

Shopping ranges from boutiques to national luxury chains. There are also outdoor activities, such as offshore fishing, kayak tours, and bicycle rentals. Overnight camping will be available at Malcolm McKinnon Airport during the fly-in.

At the fly-in
The EAA’s beautifully restored B–17G Flying Fortress Aluminum Overcast will be available for rides and tours. Make reservations by visiting the website.

3. BBQ. It wouldn’t be a trip to Georgia without barbeque, and St. Simons Island has Southern Soul and Beachcomber, which have been featured on the Food Network. Southern Soul is within walking distance of the airport.

6. History. Slave quarters and oak-lined plantation drives; battle sites between the colonists and the Spanish; museums that document the rich maritime history; and significant churches are all in the area.

7. Golf. One course for every 2,000 residents, including one that hosts a PGA tour event.

8. Resorts. The island offers the glamour of Sea Island Resort to the off-the-grid experience of The Lodge on Little St. Simons Island, and everything in between.

9. Christ Church Frederica. Methodist church founders Charles and John Wesley started the congregation at Christ Church, and worship has been continuous since 1736.

10. Beach. Did we mention St. Simons is an island town, with beaches just a few short miles from the airport?

A history of worship

Revered church is a joy to behold 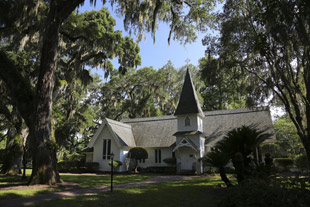 Walking down the street, it’s easy to miss. Tucked back behind soaring oak trees with their familiar Spanish moss, stands a modest white structure with a small steeple that hides the beauty of its history and what lies inside.

Christ Church Frederica is a picture-perfect small-town church with a big history. It may not be a towering European cathedral, but the little church is just as magnificent. Methodist church founders Charles and John Wesley were dispatched from England in the early eighteenth century, where Charles served Georgia founder James Oglethorpe. When Oglethorpe created Fort Frederica on St. Simons Island, Wesley joined him and started a congregation that still exists today.

The church was built in 1820, and stood only until the Civil War, when Union troops nearly demolished it. It exists today in almost the exact state as when it was rebuilt in 1884. Since there was an ample supply of skilled boat builders in the area, the inside is modeled on a ship’s hull. Some of the original church forms at least a portion of the altar, and one of the beautiful stained glass windows is an unsigned Tiffany.

Equally impressive to the church proper is the associated cemetery. Gravestones dating back to 1796 are right outside the door, and soldiers on both sides of famous campaigns abound. 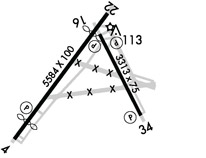 • Flying along the beach makes for scenic view that everyone loves. The stretch from Savannah south to St. Simons Island is sparsely populated, which gives a wonderful perspective of the Atlantic coast. The downside? The shoreline is always busy, so keep your eyes outside.
• Malcolm McKinnon Airport (SSI) is on the southern part of the island nestled in the town. Because of that it can be hard to find. Look a mile north of the island’s southern tip and you’ll spot it.
• The wind is often blowing at SSI, but it changes dramatically below the tree line. Expect to use Runway 4/22 as the primary. Both runways have large displaced threshold.
• Nearby Jekyll Island Airport (O9J) uses a similar approach (Runway 18/36), so watch for traffic arriving to the south. The frequency there is 123.0.