Get the app Get the app
Already a member? Please login below for an enhanced experience. Not a member? Join today
News & Media AOPA hosts helicopter event

AOPA played host to the Fall 2014 East Coast Helicopter Operations (ECHO) conference Sept. 2. The conference brings police and medevac helicopter operators from around the mid-Atlantic and Washington, D.C., capital region for a day of training.

ECHO’s Jonathan Kaminski was one of the conference organizers. “With budget cuts and everything that’s facing public service flying programs today, one of the things unfortunately that gets cut the most is training. We used to train a lot and now we only get a little bit due to budget constraints,” he said. “So what ended up happening was that [local] organizations all got together and said, `If you have somebody that’s good at topic A and you have someone who’s good at topic B, how about we coordinate and train each other that way,’” he said.

The courses were chosen by the membership, said Kaminski. “At the last HAI conference, we passed out sheets and asked people what they wanted to learn about. Once we got that information back, we, in turn, found instructors that were local,” he said. “If they weren’t local, we were happy to get them in. For example, the K9 medevac was a highly requested class, so we made sure to get that in.”

AOPA is a part of the community and wants to offer space where events like this can take place, said Woody Cahall, vice president of AOPA’s Flight Operations Group. “The Maryland State Police is involved with this activity and their hangar is right on the airport. So when they first started looking, they were looking at AOPA headquarters building as a possible venue,” he said.

The timing worked out well, too, said Cahall. “It gave ECHO an opportunity to get the space they needed to hold breakout sessions and do demonstrations,” he said. “This shows AOPA’s desire to help the community, particularly with the police departments and public service units that operate in our community.”

Lt. Walter Kerr is the operations commander for the Maryland State Police’s aviation command, and was in attendance at ECHO. “Communication is the key to our success in preventing mishaps in the future,” he said. “Getting together this group of individuals from all over the capital region helps us communicate and get lessons learned ahead of time so that we’re not doing things reactively, but we’re doing it proactively.”

Kerr’s command had 20 people from across Maryland in attendance, and he brought a helicopter for display at the conference. “The value here is that the training is economical. With the training being offered today, to train 20 of our own folks, the cost of that would be very high compared to having everyone come here today and get multifaceted training, whether it’s from the FAA the NTSB,” he said. “What’s been put together here is highly succinct and economical training.” 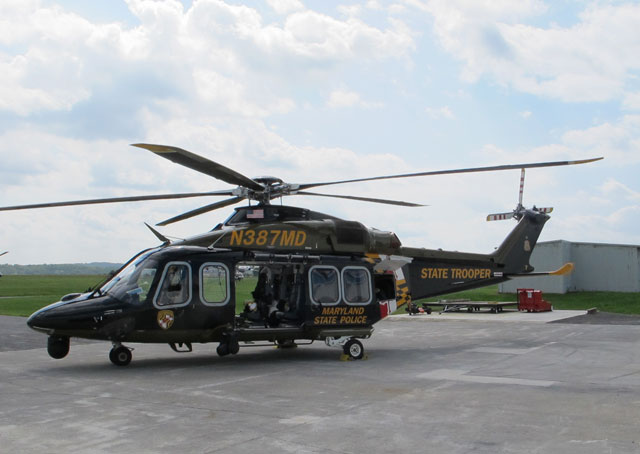