Get the app Get the app
Already a member? Please login below for an enhanced experience. Not a member? Join today
News & Media Training Tip: Deciding to land

Today you found out why your instructor is always saying that a go-around should be "instinctive" when something goes wrong during a landing.

A sudden wind gust raised your trainer’s wing, disrupting your alignment with the runway just before touchdown. But you didn’t hesitate. You came in strongly with power, holding forward pressure on the yoke to prevent the nose from pitching up. Then you rough-trimmed  the aircraft to ease the yoke pressure, and climbed away, aggressively but smoothly working the rudder and ailerons to keep the aircraft climbing on the runway heading, clear of obstacles.

Nice job! Somewhere in the back of your consciousness you felt the airplane touch down briefly during the transition from glide to climb. But you also knew not to worry about it; if a go-around is called for close enough to the ground, the wheels may contact the runway before you can establish the climb. (Some student pilots worry that this represents an error; in this scenario it doesn’t.)

So now what? With all the emphasis on flying the go-around properly, planning the next stage sometimes gets overlooked.  Flight instructors, when teaching takeoffs and landing, are fond of saying that landing is only one option available to you. If you do exercise the other—the go-around—what are the options the next time around?

Perhaps there are other alternatives to consider. (Forcing the aircraft down is never one of them.) If the crosswind is getting stronger, it may be time to consider switching to a more suitable runway; don’t surrender this option, if available, out of deference to other traffic or to the tower’s game plan. Safety first! Just be sure to coordinate your intentions, or make the necessary request to ATC.

Also, no rule says that the more suitable runway must be at the same airport. Perhaps the satellite airfield where you practice on solo flights is a safer refuge—a good reason to carry maximum fuel.

If the go-around resulted from a lapse of technique, a distraction, or a now-resolved traffic conflict, remain in the pattern and refocus.

But if there is suddenly too much traffic, or a large wake-making aircraft is flying the pattern—their pilots need practice too!—consider exiting the local area until things calm down. Then come back in for a relaxed, confident approach, remembering that now as before, landing remains an option. 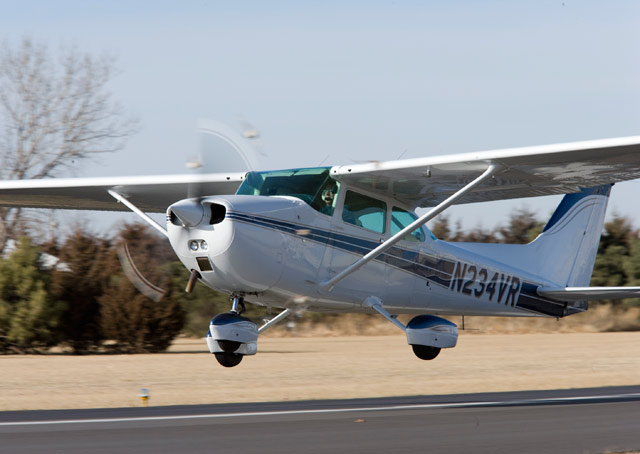