Get the app Get the app
Already a member? Please login below for an enhanced experience. Not a member? Join today
News & Media Pilots to highlight GA during two-week state capitals flight

Two pilots will begin a journey on Sept. 16 that will take them to 49 state capitals in two weeks flying a 2013 Cessna Corvalis TTx. The goals of the trip include distributing AOPA membership information and demonstrating the value of local airports and general aviation.

The idea for the Capital Air Tour came from Conrad Teitell, an attorney in Greenwich, Connecticut, said spokeswoman Julie Pimentel via email. “After Conrad requested to land at the highest and lowest airports, he decided he would like to fly to every state,” she said. “Field Morey, an FAA-certified flight instructor from Medford, Oregon, came up with the idea of flying to every state capital in two weeks.”

The pilots, who will start the flight in Salem, Oregon, will land at several state capitals a day, ending up in Medford. They will fly approximately eight hours a day and will stay in each capital for an hour. Pimentel declined to share the cost of the trip.

The flight plan is subject to diversions caused by unsafe weather situations, Morey said in a statement. “September is the heart of hurricane season and that could be the biggest influence on our route,” he said. “A major route decision will be made prior to leaving Wisconsin on Sept. 20 as we prepare to continue east. The remaining route of our flight plan will all depend on the weather moving up through the Gulf States along the Atlantic coast at the time.”

An important part of the tour will be educational. “Anyone can follow the flight via SPOT on ifrwest.com/cat. When a first grade teacher heard about the flight, she decided it would be a great tool to teach time, distance, geography, and the state capitals to her students,” said Pimentel. “We decided that teachers should be informed of this opportunity, especially for curriculum that requires teaching state capitals. Because they will only be at each city for a maximum of an hour, they will not interact directly with teachers and students.”

Teitell and Morey want to show how reliever airports might be more convenient, expedient, and flexible than large airports for general aviation pilots, said Pimentel. “It is a wonderful opportunity for children to follow the flight and be inspired to become pilots,” she said. 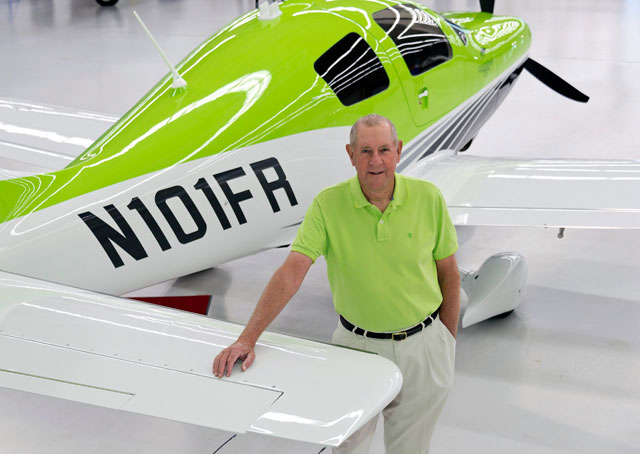