Get the app Get the app
AOPA will be closing at 2 pm ET on Friday, July 1, in observance of the Independence Day holiday. We will reopen at 8:30 am ET on Tuesday, July 5.
News & Media Waypoints: New again

Talking about a new generation

By the time you read this, some lucky pilot will be contemplating a future flying our Debonair Sweepstakes airplane, the twentieth such sweepstakes airplane we have delivered to a member since 1993. Seventeen of the sweepstakes fleet have been refurbished airplanes. Our goals for such projects primarily have been to showcase how older airplanes can be made safer, more reliable, and more useful with the infusion of new technology. As it turns out, we were ahead of our time and didn’t even know it.

When we conceived the first such fix-up project back in 1992, it was at a time when almost no company was building light singles—the backbone of the GA fleet. Cessna had dropped all piston production in 1986. Piper was in bankruptcy, in part because of the same liability problem that took out Cessna. Beechcraft soldiered on, producing a few Bonanzas, and Mooney was clinging to life with production measured in the dozens. Socata was the industry leader with its Trinidad and Tobago lines. As we looked around, we realized that with the advent of what then was new technology—GPS, digital engine analyzers, noise canceling headsets, decent intercoms, and monochrome moving maps—old airplanes could be modernized to fly on for another few decades, given the dearth of new airframes coming on line.

So here we are in the second decade of a new century and the GA world—from an airframe standpoint—looks a lot like it did 40 years ago. The industry produced only 933 piston airplanes last year. Were it not for the number of new amateur-built airplanes being registered, the fleet would likely be in a serious decline. The average age of the fleet continues to grow older, with only 10 percent less than 20 years old and the majority being between 30 and 50 years, or older. Meanwhile, the values for many run-of-the-mill piston singles remain relatively strong after a number of years of significant decline. Bottom line: There’s still a lot of value left in older, well-known, trusted singles. With an infusion of new gear, paint, interior, and avionics, an owner can have a very capable airplane at a fraction of the price of a comparable new airplane.

It’s a fact that the cost of new airplanes is well beyond the means of the average pilot. Fortunately, we have a capable fleet of aging but still solid airplanes that are ripe for investment. The result can be a cost-effective alternative to new—as we have showcased over the years with our sweepstakes projects. Our newest sweepstakes project, the AOPA Reimagined 152 Sweepstakes, builds on one of the most popular and reliable airframes of all time, the Cessna 150/152 (see “Imagining the Possibilities,” page 60). The plan is to test whether a basic refresh of a popular simple airplane can create new access for pilots, especially through flying clubs and flight schools. Our modest upgrades, done in a factory setting to a standardized specification and with a warranty, are designed to allow a flying club, for example, to buy and utilize a 152 for a fully loaded cost (including acquisition) of about $65 an hour.

Now, those of us who learned to fly in 150s know that they are not much of a transportation machine. For that, you’ll need to go up market. But as a trainer and a local knockabout, it’s hard to beat the economics of a 150. They are simple, safe, rugged, and easy to fly. Some grumble that they are too small. Well, they are cozy, but what airplane in this economic bracket isn’t? And after all, as a knockabout, how long—really—are you going to be in it? Most local GA flights are less than an hour as pilots go to a nearby airport for a pancake breakfast, do some touch and goes, or visit a buddy two counties away. A 150 is simple enough that it makes sense to roll it out for a 30-minute aviation fix, which you can do while burning maybe three gallons of avgas.

If these airplanes prove popular with clubs and schools, undoubtedly other, larger models will be successful, too, if put through a standardized, predictable upgrade process—something that finance and insurance companies can feel comfortable with. While Husky manufacturer Aviat Aircraft is upgrading the 150s and 152s for our experiment and sweepstakes airplane, other companies have already expressed interest in similar programs for other models. And another group has created the Affordable Aircraft Initiative that is attempting to organize a cadre of shops and suppliers to refurb many models to a spec. In all cases, the objective is to give pilots lower-cost access to quality airplanes in an effort to spur GA activity and keep pilots flying. From that, ultimately, will come some new pilots who will decide they want new, and from that we will benefit for generations to come. 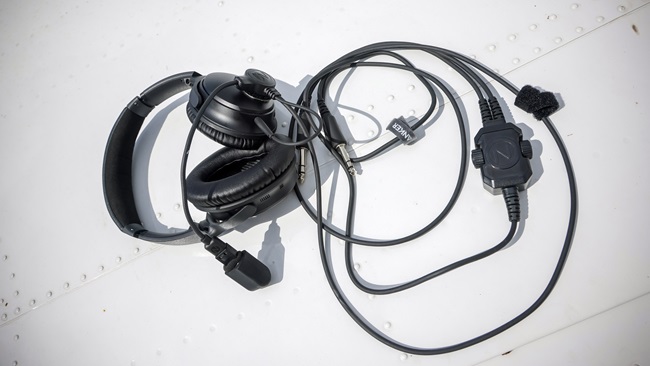