Get the app Get the app
Already a member? Please login below for an enhanced experience. Not a member? Join today
News & Media ‘Direct to’ and other gotchas: Flying in to Frederick

‘Direct to’ and other gotchas: Flying in to Frederick

Flying in to an aviation event is a great way to hone your skills, show off your airplane, and get together with fellow pilots upon landing—but flying in doesn’t mean winging it, so do your homework before you head to AOPA’s Homecoming Fly-In Oct. 4 in Frederick, Maryland, to ensure you’re safe and legal.

Since Frederick Municipal Airport is close to the sensitive airspace of the nation’s capital, airspace awareness is critical. In addition to the notam and pilot information packet establishing procedures for a safe and orderly flow of traffic at the fly-in, all pilots flying under VFR within 60 nautical miles of the DCA VOR/DME (which includes Frederick Municipal) must take the FAA’s online course outlining procedures for the Washington, D.C., Special Flight Rules Area (SFRA). Plus, AOPA and the Air Safety Institute have compiled a few tips to keep in mind while you make your way to the fly-in.

1. Fly the prescribed ground track. The pilot information packet has arrival and departure procedures for Frederick. The AOPA Fly-In will result in high-density traffic converging on the airfield. It is imperative that each pilot work with air traffic control and fly the prescribed approach and departure procedure unless directed otherwise by ATC.

2. Be careful when entering the traffic pattern. With P-40 to the north and the Washington, D.C., Special Flight Rules Area to the south, traffic will be funneled to Frederick from the east and west. That means traffic will be converging from opposite directions onto final approach, so pay extra close attention to your sequence handed by ATC and keep your eyes peeled for pilots joining from the other direction.

3. Contact Potomac Approach and get traffic advisories early. Because traffic will be funneled to the MRB and EMI VORs, it's recommended pilots receive flight following as early as possible and well in advance of reaching those VORs. 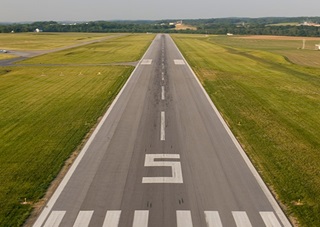 5. Beware “Direct to.” If parking runs out at Frederick Municipal Airport, pilots will need to land elsewhere. Be especially careful hitting "GPS Direct." Flying direct to any airport in the area from the wrong location could send you into restricted or prohibited airspace, and reliever Hagerstown Regional Airport lies close to P-40.

7. Have fun! Washington, D.C., area airspace requires you to be on your toes, but don’t let airspace intimidation ground you. AOPA’s pilot information packet can help you prepare for a day of fun, friends, food, and flying at the association’s home field.

Know before you go

All pilots flying under VFR within 60 nautical miles of the DCA VOR/DME must take the FAA’s online course outlining procedures for the Washington, D.C., Special Flight Rules Area (SFRA). Be sure to take the course before flying in to Frederick, Maryland, for AOPA’s Homecoming Fly-In. Also, don’t forget to check notams before your flight: P-40, the prohibited area over Camp David, expands when the president is there. Airspace restrictions can change on short notice. 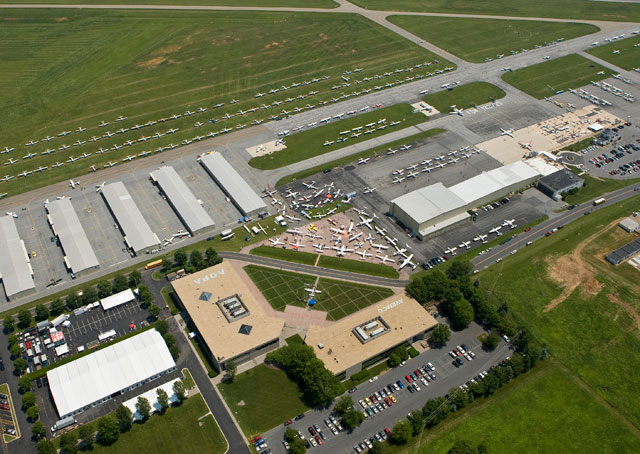