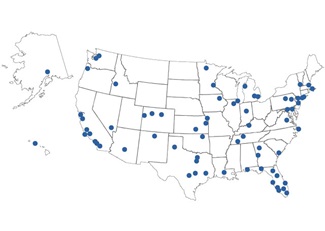 Just over a year after launch, OpenAirplane—the company founded to allow pilots to rent aircraft from multiple locations based on a single checkout, while giving aircraft owners a degree of confidence in those renters, along with moderately priced insurance—shows signs of going viral. To be clear: the good kind of viral, as far as the company and its customers—pilots, individual owners, flying clubs, flight schools, and fixed-base operators—are concerned.

“We keep accelerating,” said OpenAirplane co-founder Rod Rakic, in a telephone interview following the Sept. 18 announcement of a new incentive for pilots to get friends to participate. The program, which can put up to $125 in participating pilot accounts, seeks to stoke demand that was already ramping up quickly.

Rakic said 250 aircraft of 33 types are now available from 71 locations (up from 52 in early April), and the company has seen a steady 20-percent monthly increase in hours flown “since spring.” Rakic said that as flying clubs, FBOs, flight schools, and individual owners become more familiar with the company and the concept, it has grown easier to sell and spread it.

“We’ve created something that the community wants,” Rakic said.

While it took six months to establish the first six rental locations, Rakic added, OpenAirplane is now adding one, on average, every week. The company has its sights set on virtually the entire general aviation fleet.

“The goal is to make every airplane more valuable,” Rakic said. There are about 150,000 piston-powered aircraft in the U.S. registry, he noted, and “we’ve got a good running start at that.” 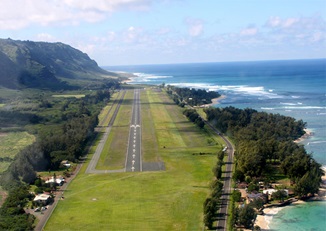 Each participating pilot must complete a “universal pilot checkout” before renting, and the pilot’s OpenAirplane records are then viewable by aircraft owners. (The term “universal” is something of a misnomer, since each checkout is make/model-specific, and multiple “universal” checkouts are required to fly all available aircraft.)

OpenAirplane does not get directly involved in insurance contracts, though Starr Aviation Insurance created a new type of policy that makes OpenAirplane a more attractive proposition to individual owners reluctant to put aircraft on a flight line (or pay for standard instruction and rental insurance).

Pilots who rent are also required to maintain basic coverage, and that is also discounted by OpenAirplane participation: Pilots who complete an OpenAirplane checkout (or more than one) will see their own premiums reduced up to 10 percent by nearly all insurance providers, Rakic said. FBOs, flight schools, and other aircraft owners who already have “instruction and rental” policies in place see no increase in premiums result from renting to OpenAirplane pilots, he added.

“We're bringing a level of standardization / evaluation and documentation that isn't typically seen outside of commercial and military flying, and the insurance industry recognizes how that impacts safety and lowers risk,” Rakic wrote in a follow-up email.

With the pump already thus primed, OpenAirplane announced on Sept. 18 a $25-per-friend referral program, paying participating pilots up to $125, when friends sign up and fly.

Rakic said the company collects email addresses but will not contact those friends, instead keeping referred emails on file so that if and when the friend in question signs up and rents, a $25 credit will be added to the referring pilot’s OpenAirplane account.

“Really our challenge now is to get more pilots off of the couch and into the cockpit,” Rakic said.

Surprises in the data

Rakic said the first year produced a couple of welcome surprises. For one, pilots, once they complete the checkout, tend to continue renting close to home.

“We’re seeing a lot of repeat utilization of whatever place you pick to do your checkout, in addition to using OpenAirplane in the way we expected,” Rakic said, noting “more than half” of those who get checked out at a given location will continue to rent from that same location. “We are pleasantly surprised. We’re meeting a demand that we didn’t expect.”

Rakic said more than 8,000 pilots have signed up online, though he declined to specify (about the only number he was asked for and declined to share) how many of those 8,000 have flown at least once to date. Rakic said that of the group that has flown at least once, 43 percent have rented from at least two locations other than the one where they completed their initial checkout.

OpenAirplane gets its income from taking a 10-percent cut of each rental transaction, though Rakic is quick to point out that covers credit card processing fees that typically account for 3 percent, leaving 7 percent with which to operate (and grow) the business.

And, he said, there are indications it is growing business for the aircraft owners as well, rather than drawing the same pilots (customers) who would already have been renting.

“We’re keeping about 7 percent of the revenue that almost in all cases wouldn’t happen at all,” Rakic said. “It’s all incremental.”

OpenAirplane has added tailwheels and twins to the mix in recent months, and Rakic said the growth is being managed to allow OpenAirplane to gather detailed information for its customers. In addition to numbers and navigation charts, OpenAirplane collects and disseminates “tribal knowledge,” the nuances and details of operating in a given area known particularly to pilots who fly in that area regularly.

Still, the rate of expansion suggests an answer to what Rakic said remains the No. 1 inquiry from pilots: When will OpenAirplane arrive in a nearby location?

“At the rate we’re going we’ll get there soon,” Rakic said.