Get the app Get the app
News & Media Pilot Briefing: Giving Back

Going for the girls

Aviation Adventures Inc. came about in an unexpected way.

Youth program got its start at women’s air race

Aviation Adventures Inc. came about in an unexpected way. Terry Carbonell, founder and president of the nonprofit, had flown her Cessna 182RG to Mobile, Alabama, in July 2010 to help the city prepare for the terminus of the Air Race Classic, the annual women’s cross-country air race. 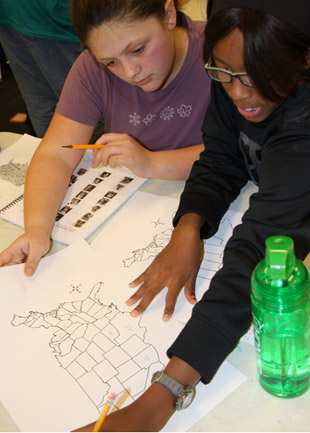 Carbonell met with officials of Mobile’s Division of Tourism, who told her: “We want you to work with the [local] Boys and Girls Club.” She talked to a half-dozen Boys and Girls Club officials, thinking they would be satisfied with a three-hour aviation presentation geared to children.

“They were looking for more,” she said.

Once Carbonell got to know her audience—children from underserved communities “who didn’t know that they could hope for or dream for a future—it wasn’t in their vocabulary”—she designed a six-month-long program of classroom and hands-on activities that focus on leadership training, teamwork, science, technology, engineering, math, and self-esteem building. It’s all couched in aviation. Aviation Adventures Inc. is a 2014 recipient of an AOPA Foundation Giving Back Grant.

The first program, held in January 2011, included 56 girls. Carbonell flew from Tavernier, Florida, to Mobile once a month.

“We take our program to the kids,” she said. “The kids we deal with are too poor to leave. They don’t have the money or resources. Unless somebody comes to them it’s not going to happen. When I make a commitment that we’re bringing a program in, I have to show up. They have to know that I’m doing this for them and that I care about them.”

Since its inception in Mobile, two dozen girls have remained with the program, which is now conducted full-time in South Alabama. “What we found is that the girls became interested in STEM subjects; they became highly motivated,” Carbonell said. One graduating senior will go to Auburn University; another will join the U.S. Army. Two girls want to get flight training.

Aviation Adventures Inc. will make that happen, too. The nonprofit has acquired a Cessna 150. The Mobile participants will get free or low-cost flight training, as long as they maintain good grades. And those who aren’t interested in learning to fly are coming to recognize that aviation presents a path to a career and a better life, Carbonell said.

Aviation Adventures returns to its roots at the 2015 Air Race Classic as it leads the youth program at the race terminus location in Fairhope, Alabama. Girls in the youth program can “adopt a racer,” whom they’ll follow throughout the race. “This gives the girls some one-on-one time with racer/mentors so each participating girl gets a unique experience to share with her peers,” according to the website.

AOPA Foundation Giving Back grants spotlight the positive work being done through general aviation. For more information, visit the website.