1. Who was first to fly around the world backwards? 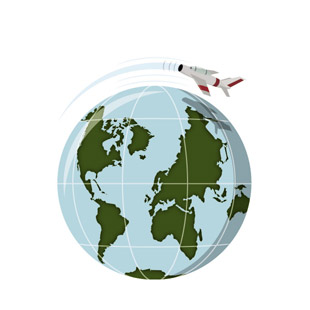 1. Who was first to fly around the world backwards?

3. From reader John Schmidt: True or false? The FAA recommends that pilots fly at night with one eye open and the other eye closed as a technique for preserving night vision.

4. On the first day of spring (the vernal equinox), a pilot determines that the sun is 35 degrees above the horizon at local noon (the sun is due south). What is his latitude?

5. American aviation was a laggard in the development and manufacturing of aircraft during World War I. What aviation pioneer in 1916 dropped fake, cardboard bombs over a large city to shake up our military and demonstrate our vulnerability to attack from the air?

6. What was the name of the group of daring and flamboyant American fighter pilots that was organized by Claire Chennault and operated in China between 1937 and 1941?

7. From reader Rick Cohen: Who holds the absolute world speed record for an airplane and how fast did he go?

8. A pilot is flying VFR above the 5,000-foot-high floor of a wide Colorado valley while on a magnetic heading of 179 degrees and under the influence of an easterly wind. Which of the following cruise altitudes may not be used?

1. On January 18, 1957, three B–52 Stratofortresses landed at March Air Force Base, California, and became the first jet aircraft to fly nonstop around the world (with the help of midair refueling). Tail gunners, who are no longer used on B–52s, became first to fly around the world backwards.

2. A production model of the four-engine Lockheed 1329 JetStar first flew during the summer of 1960, more than three years before the Learjet Model 23.

4. 55 degrees north. On the first day of spring, the sun is directly over the Equator, and the pilot’s latitude is equal to 90 degrees minus the elevation of the sun. If the pilot were at the North Pole (90 degrees north latitude), the sun would be on the horizon (zero-degrees elevation).

5. William E. Boeing, founder of the Boeing Company, dropped these “bombs” over Seattle, including one or more over the University of Washington’s Husky Stadium (presumably while a football game was in progress).

6. (d) The 14th Voluntary Bombardment Squadron was the forerunner of the Flying Tigers, which became so named by the Chinese in December 1941 following the Japanese attack on Pearl Harbor.

8. (d) The first two altitudes may be used because the aircraft would be less than 3,000 feet agl, and the hemispherical altitude rule would not be applicable. Because the aircraft is tracking along a magnetic course that must be in excess of 179 degrees (because of the crosswind), an altitude in excess of 3,000 feet agl must be “even plus 500” (or 8,500 feet msl, in this case). 9,500 feet msl would be an illegal altitude.