Get the app Get the app
Already a member? Please login below for an enhanced experience. Not a member? Join today
News & Media P&E: Proficiency

The air you breathe

Wade very far into the regulations and equipment for providing supplemental and emergency oxygen and you’ll find yourself “in the weeds.” 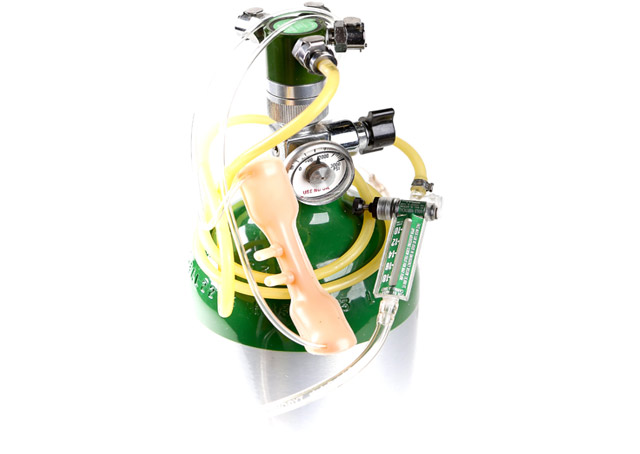 A distributor and manufacturer help untangle the weeds

Wade very far into the regulations and equipment for providing supplemental and emergency oxygen and you’ll find yourself “in the weeds,” warns Phoebe Peasley, known as “The Oxygen Lady” at Aviation Oxygen in San Jose, California. Questions to her about whether you need oxygen and what you should buy both end in, “It depends.”

Peasley acts as weed whacker for confused customers looking for the right purchase. Even the question of regulations is up for debate. As you learned during ground school, pilots flying under Part 91 of the FAA regulations—as most private pilots do—must use supplemental oxygen when flying higher than 12,500 feet for more than 30 minutes.

Wade very far into the regulations and equipment for providing supplemental and emergency oxygen and you’ll find yourself “in the weeds,” warns Phoebe Peasley, known as “The Oxygen Lady” at Aviation Oxygen in San Jose, California. Questions to her about whether you need oxygen and what you should buy both end in, “It depends.”

Peasley acts as weed whacker for confused customers looking for the right purchase. Even the question of regulations is up for debate. As you learned during ground school, pilots flying under Part 91 of the FAA regulations—as most private pilots do—must use supplemental oxygen when flying higher than 12,500 feet for more than 30 minutes.

Fly just 2,566 feet above the ground at the Leadville, Colorado, airport, and you are at 12,500 feet. Chances are you’re going to need to fly higher, given that Leadville is in a valley with massive mountains on either side. In fact, they are even named massive, as in Mount Massive Wilderness.

Then the “it depends” argument begins. Byron Peters, who works for oxygen system manufacturer Aerox in Limington, Maine, thinks you should use supplemental oxygen when above 8,000 feet, but worries that you’ll think he is just trying to sell oxygen bottles. Whether he is right or not depends on you.

Let’s say you are a pack-a-day smoker taking a mild but approved medication—which the Aeronautical Information Manual (AIM) says can make your blood-oxygen concentration appear as though it is thousands of feet higher—have a head cold, and are experiencing stress. Some would argue your system already thinks it is at 8,000 feet before you step into the pilot’s seat. Our AOPA Online page, “Oxygen Use in Aviation,” says a pack-a-day smoker’s blood-oxygen concentrations are already at the 7,000-foot level, adding the smoker is “physiologically hypoxic at sea level.”

The AIM warns that while most people experience a change in vision at 5,000 feet, most health effects don’t begin until 12,000 feet. The AIM follows that up with a suggestion that supplemental oxygen be used at 10,000 feet during the day, and 5,000 feet at night. You may be better than that, or not as good. We can’t all be endurance athletes running in the 100-mile Leadville “Race Across the Sky” each year. Even Leadville airport technician Zach Dawson required a month to get used to the higher altitude after he moved there.

Let’s say you decide to buy supplemental oxygen. What equipment do you need? It depends. To start, I called Aerox and asked Peters how inexpensively I could get a supplemental oxygen system. Peters said their least expensive supplemental system, holding six cubic feet of oxygen, can be purchased for less than $500 and provides 12 hours of oxygen. (Mountain High has a $549 kit with six cubic feet of oxygen that will last seven hours at 10,000 feet, and a handheld emergency three-canister non-refillable kit for $215 that will last 30 minutes per canister.) That company also sells an emergency system providing only 20 to 25 minutes of oxygen, enough time to descend to a safer altitude, starting at $302. Oxygen systems must be inspected every five years, costing $60 to $85.

Peters said a nasal cannula saves oxygen and increases duration. Cannulas are approved for use only up to 18,000 feet. Above that altitude, there is too great a risk of dangerously low blood oxygen saturation levels if the pilot breathes through the mouth or talks too much. You’ll need a mask with much greater oxygen flow, one that could empty my little $462 bottle in minutes.

My first statement to Peters should have been that the service ceiling of the aircraft I most often fly is 18,000 feet or less. That would have told him whether I could use the constant-flow system he priced for me. That’s a tip I got from Phoebe, The Oxygen Lady.

The dividing line occurs at service ceilings of 25,000 feet. Above 25,000 feet an oxygen system with a “demand” mask is used that offers faster flow. “Demand” means oxygen is delivered in short bursts when the pilot inhales. To get one step more complicated, there are “diluter” masks that mix ambient air with the oxygen, but increase oxygen pressure with altitude. Then there’s the pressure diluter that can either force oxygen into the lungs or mix it with ambient air, but the weeds are getting a little high at this point. Phoebe, help!

Let’s switch to a few comments on pressurized-cabin aircraft. Customer interest in purchasing a supplemental oxygen system peaks after an accident involving hypoxia—a condition where oxygen deficiency impairs the function of the brain and other organs. In the past year or so there were three such accidents. In one, a pressurized Daher-Socata TBM 900 turboprop flying from Rochester, New York, to Naples, Florida, at 28,000 feet apparently had a pressurization failure, rendering the couple onboard, both of them pilots, unconscious. The pilot had reported an “incorrect reading” on his instruments and had requested a lower altitude. Communication with the pilot was soon lost while the aircraft continued on autopilot, crashing near Jamaica after it ran out of fuel. The TBM 900 incorporates the cabin pressurization system into the Garmin glass G1000 glass cockpit, and comes from the factory with an emergency oxygen bottle and two pressure- demand masks for two crew and four constant-flow masks for passengers. The tank has 50 cubic feet of oxygen—enough, the manufacturer says, to sustain the passengers for an hour above 15,000 feet.

The AIM warns that the ability to take corrective and protective action is lost in 20 to 30 minutes at a cabin pressure of 18,000 feet, and five to 12 minutes at 20,000 feet. At 25,000 feet, the final cruising altitude of the TBM 900 accident aircraft, that time is less than three minutes.

We’ve skipped across the surface of regulations, requirements, and equipment without even touching on flat-bottom tanks and round-bottom tanks. But that’s getting into the weeds again. Ask Peters or The Oxygen Lady about that one.

The most dangerous symptom of hypoxia is a sense of false security that can prevent you from reacting quickly. Others include nausea, apprehension, tunnel vision, headaches, fatigue, dizziness, blurred vision, tingling sensations, numbness, and mental confusion. You also may have an increased breathing rate and fatigue. —AKM

• Secure the bottles well so they don’t fall over or become projectiles.
• Don’t keep oxygen bottles inside a parked airplane or the trunk of a car on a hot day.
• Store masks and cannulas out of the sun.
• Make sure mask and regulator connectors are compatible.
• Fill oxygen tanks slowly. Filling them quickly generates heat, dangerous pressure, and false pressure readings. —AKM

Precise Flight, located in Bend, Oregon, specializes in putting together kits especially designed for pilots depending on the type of aircraft and mission flown, and they use a unique design of rugged flow meter; 800-547-2558.

Sky Ox portable oxygen systems for aircraft, located in Edwardsburg, Michigan, offers its own proprietary Sky Ox Regulator design that can be preset for cruise altitude for all passengers; 800-253-0800.

Mountain High Equipment and Supply, located in Redmond, Oregon, makes much of its own equipment and regulators that make the oxygen supply last longer. One system even makes noise to wake up the pilot when there are indications of oxygen deprivation; 800-668-8185.

An FAA primer briefing booklet on oxygen is available online.

A pulse oximeter measures the amount of oxygen saturation in blood protein by measuring the absorption rate of two different wavelengths of light.