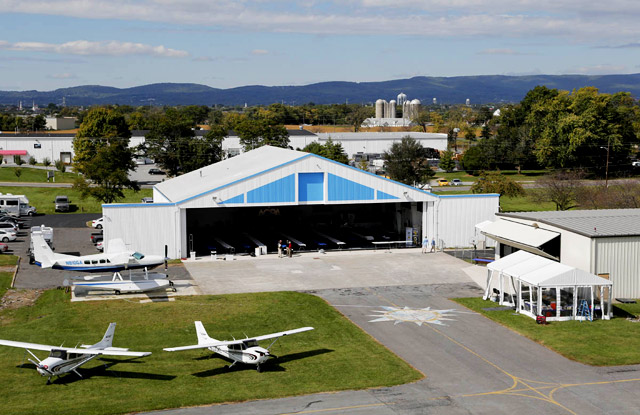 Where better to kick back, relax, and watch an aviation-themed movie than at an airport? On April 18, AOPA is kicking off a season of free aviation-themed movies that will be shown in the association’s new National Aviation Community Center at the Frederick Municipal Airport in Frederick, Maryland.

AOPA movie night will take place on Saturdays twice a month between April and October in the National Aviation Community Center, a large hangar recently updated by AOPA. Movie night is open to members of the community and is completely free.

AOPA’s National Aviation Community Center will offer not only a movie, but also the chance to fly a flight simulator and tours of AOPA aircraft before, during, and after each show. Free hot dogs, soda, and popcorn will be served.

Guests will be able to enjoy a movie while learning more about general aviation and even trying their hand at flying one of AOPA’s Redbird JAY simulators. The National Aviation Community Center is located at 296 Bucheimer Rd., Frederick, Maryland, 21701.

Movies will range from aviation classics such as Spirit of St. Louis and Top Gun to lighter fare, including Airplane, Night at the Museum 2, and, for younger aviators, Disney's Planes and Planes: Fire and Rescue.

AOPA staff will be on hand to answer questions about general aviation and flight training, airport operations, and aircraft. Parking will be available at the National Aviation Community Center and directly across Bucheimer Road from the hangar.