Get the app Get the app
Already a member? Please login below for an enhanced experience. Not a member? Join today
News & Media Sherry Rosenkranz 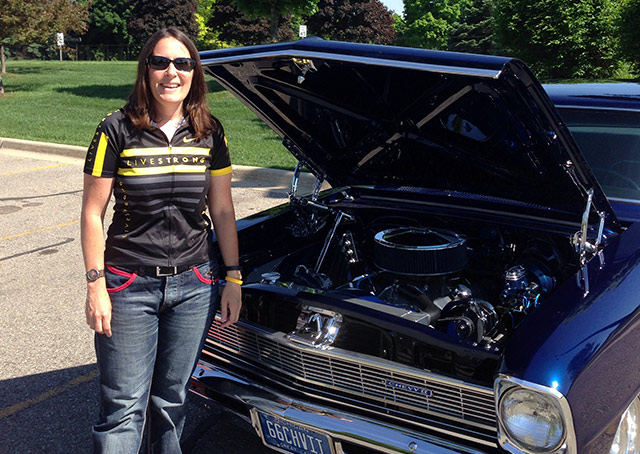 For Sherry Rosenkranz, life has always been more about the journey than the destination. That won’t change, she said, once the journey, already enlivened by speedy motorcycles and top-notch automobiles, heads skyward.

As one of three participants in One Week Ready to Solo, the 41-year-old Michigan native, who is the global advertising manager for General Motors Co., can’t wait to sample the challenge, the serenity, and the extraordinary fulfillment that pilots derive from flight.

Personally and professionally, the time is right. So, can she envision herself flying solo?

“Something seems magical about just being in the air by yourself, collecting your thoughts,” she said.

Even before her pilot-training adventure had begun, Rosenkranz was discovering that aviation seemed a good fit, staking its claim to a niche in her world.  With family in northern Michigan, and friends in Wisconsin—and lakes everywhere—an image of an airplane for family travel has begun to form, and the image appears to be equipped with floats.

She also could foresee roles for aviation in her work for the Livestrong Foundation, an organization that works to empower the cancer community. For five years, Rosenkranz has been a Livestrong volunteer, and is a senior organizational leader, overseeing activities in Michigan, Minnesota, and Canada.

Transportation isn’t the only advantage gained from aviation. Just as her enthusiasm for motorcycles helps her reach out to local Harley-Davidson’s Harley Owners Groups to talk about Livestrong services, becoming a pilot might help her serve as a resource for the aviation community, she said.

“We have a lot of people to reach,” Rosenkranz said, noting that as the numbers of cancer survivors grow by the millions, so do their needs. “Most of the services are focused on when you are in the battle. But there are needs to fill after the battle.”

In the near term, Rosenkranz said she was pleased to discover when making inquiries with her local airport community that everything from access to flight training to the cost of acquiring a suitable aircraft has made her piloting project “more attainable” than she expected.

“I have friends who pay more money to board horses,” she said.

After some of those friends got over the surprise of hearing what she plans to accomplish—“You’re going to do what in a week?” a few asked—the idea didn’t seem all that far-fetched.

“They think it’s awesome, right in line with who I am,” she said.