Get the app Get the app
News & Media Training Tip: Axis control 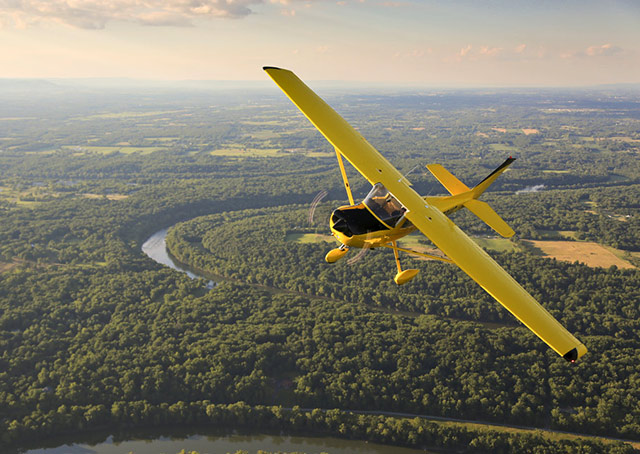 What comes to mind when the aeronautical subject of pitch control comes up for discussion?

Many think of pitch control as a simple exercise in maintaining level flight with a constant power setting. But there is much more to it than that.

A student pilot practicing basic maneuvers takes a step toward a higher level of learning on understanding how motion in one aircraft axis affects control in the other two. Configuration changes also disturb an aircraft’s stabilized flight condition, requiring the pilot to correct—or better, prevent—unwanted aircraft reactions.

You may not regard the steep turn—a required maneuver on the private pilot practical test, in which the aircraft is rolled into a coordinated a 45-degree bank, 360-degree turn—as a pitch-control exercise. And there is no direct mention of pitch in the maneuver’s description in the practical test standards. But without proper pitch control, the maneuver cannot be kept within acceptable test standards. Doing so requires increasing up-elevator pressure to avoid losing altitude as the load factor increases with increased bank.

When you complete the maneuver, prevent a sudden altitude gain by lowering the pitch attitude gradually as you roll out.  (This is a busy portion of the maneuver: You must lead the rollout, coordinate your aileron inputs with rudder as needed, and lower pitch.)

As for configuration changes that require pitch adjustments, how does your aircraft respond when you add flaps in the traffic pattern before landing?

A high-winged airplane such as a Cessna 152 tends to pitch up when flaps are added; the nose will dip if flaps are retracted (as during a go-around, or after a soft-field takeoff).

Adding smoothness and accuracy to these maneuvers requires exercising pitch control to eliminate those unwanted reactions. When adding flaps in the traffic pattern, making a simultaneous small power reduction can cancel out the nose-up aircraft response.

During the climbout after a soft-field takeoff, be sure to maintain enough back-elevator pressure to keep the nose from dipping as the flaps come up (when wing lift is reduced).

Practicing level slow flight while adding and retracting flaps is a great way to anticipate your aircraft’s responses and learn what it takes to neutralize them. With experience, your flying will take on a smoothness that only comes from “doing the work” to achieve a higher level of learning.