Get the app Get the app
AOPA will be closed July 4th, in observance of the Independence Day holiday. We will reopen at 8:30 am ET on Tuesday, July 5.
News & Media Auctioning atomic history 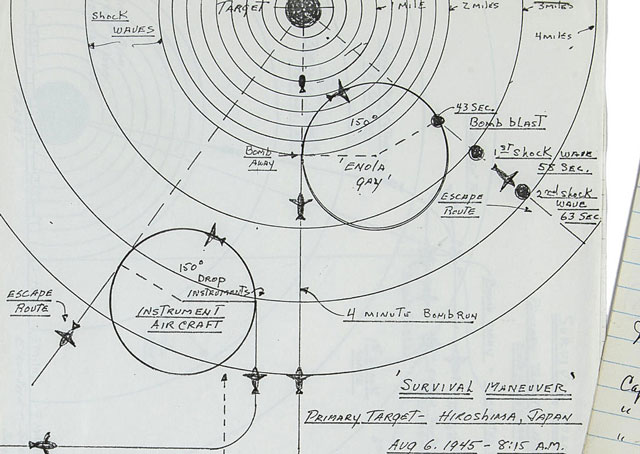 The first shockwave rocked the Enola Gay just 55 seconds after the first atomic bomb was released over Hiroshima, Japan; the second struck eight seconds later, details meticulously recorded in a diagram by Capt. Robert Lewis, co-pilot on the mission that ushered in the atomic age and helped end World War II.

While details like those have long since been documented, many of the documents and photos Lewis collected before, during, and after the mission have never been seen before. On April 29, they will be sold by Bonhams, a London-based auction house, during a special sale of World War II artifacts in New York.

The various lots include recollections and diagrams written in Lewis’ own hand, including a handwritten chronicle (ostensibly written as a letter to his family back home but compiled at the request of The New York Times) that captures the sentiment in the cockpit as the mushroom cloud burst skyward behind them.

“If I live a hundred years I’ll never quite get those few minutes out of my mind,” Lewis wrote, underlining for emphasis. “Looking at Capt. Parsons, why he is as confounded as the rest and he was (supposed) to have known everything and expected this much to happen.” 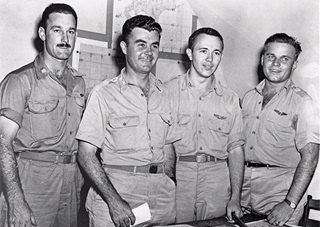 Taken together, the letter, Lewis' logbook, notes and plan, a large diagram of the mission plan, official flight log, Lewis’ personal flight computer, and several lots of collected photos are estimated by Bonhams to fetch between $334,000 and $476,500 in all. The letter, in which Lewis posted the now-famous rhetorical question, “My God, what have we done?” is alone estimated to command up to $60,000. Tom Lamb of Bonhams told the Mirror that the documents (being sold on behalf of Lewis’ son, Stephen) offer a unique glimpse into the mission, from preparation to aftermath.

“Captain Lewis actually got the flight height wrong – it says on the plan to come in at 30,000ft but he actually flew in at 35,000ft,” Lamb told the British newspaper. “That error proves this plan was drawn prior to the flight because otherwise it would have the correct altitude on it.”

Lewis and the crew wondered how many had been killed in the attack, and the answer remains elusive to the present day. Estimates range widely, and the scale of the destruction made precision impossible. Between 66,000 and 160,000 people died in Hiroshima, either instantly or in the weeks that followed from radiation sickness and burns. Tens of thousands more died three days later when a second atomic bomb was dropped on Nagasaki, and Japan announced its unconditional surrender Aug. 15. American military planners had been bracing for losses far greater still if it had come to an invasion.

Nuclear weapons have not been used in warfare since. 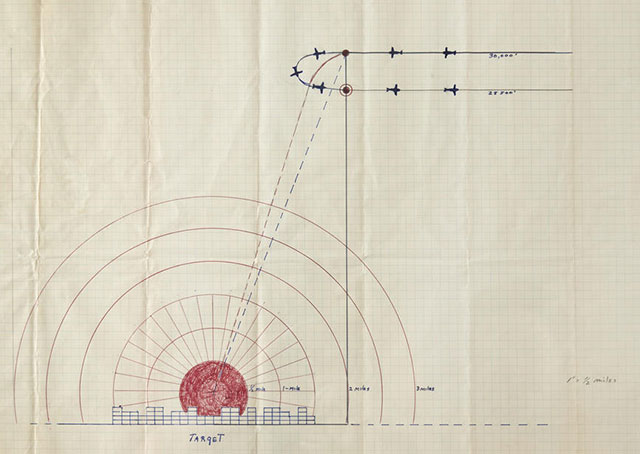