Get the app Get the app
AOPA will be closed July 4th, in observance of the Independence Day holiday. We will reopen at 8:30 am ET on Tuesday, July 5.
News & Media First flights

One Week Ready to Solo students all smiles 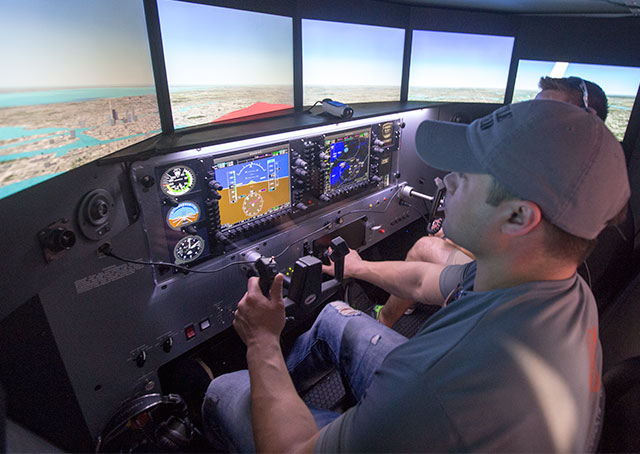 “Especially coming off the ground, feeling the wheels come off the ground. It was incredible,” said Rosenkranz, an advertising executive and one of three flight students chosen to spend an intense week learning to fly during the Sun 'n Fun International Fly-In and Expo in Lakeland, Florida.

One Week Ready to Solo, a project launched by Redbird Flight Simulations with support from across the general aviation community (including AOPA, various corporate sponsors, and celebrity instructors), aims to prove that an eager student with good instruction and the right tools can be well prepared to fly solo in just a few days. 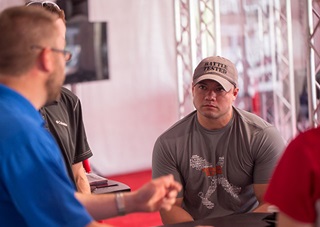 For Rosenkranz and fellow students Nik Oekerman and Chris Graves, the clock is now ticking. They met their flight instructors April 18, took their first simulator sessions the same day, and received their first lessons in a RedHawk Cessna 172 on April 19. They will continue to fly through the week, alternating between aircraft and simulator time, with the goal of flying a supervised solo April 25.

“I’ve had a lot of fun so far,” said Graves, a motorcycle designer and builder who called his first flight “exhilarating” and “cool.” He said going in, he was not sure how much “in control we would feel,” but the simulator helped dial in his expectations.

“It felt just like the simulator,” Graves said, then his brow furrowed slightly and he threw in a couple of asterisks. The simulator, after all, had not been set up to give him any wind during his first lesson, so that was a little different.

Oekerman, the former U.S. Navy corpsman who served in the Middle East and is a self-described “adrenaline junkie,” said his first flight at the controls of a Skyhawk delivered on the “fun factor” he had expected.

“I loved every second,” Oekerman said. “It was awesome.”

The trio continued their training on April 20, splitting up so Graves and Rosenkranz could head to nearby Plant City Airport for more time in the RedHawks, while Oekerman spent time in a Redbird simulator with CFI Jeffrey Wolf, who worked on slow flight, stalls, and more.

Check back with AOPA for updates on the group’s progress as the show continues.