Get the app Get the app
Already a member? Please login below for an enhanced experience. Not a member? Join today
News & Media Four-place kit offered by Sling 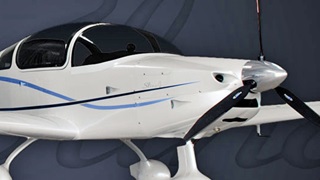 You may be aware that Flight Design of Germany has flown its new four-seat, fully certified C4 aircraft, and Italian-based Tecnam already has its four-seat P2010 on American soil. There is a new four-seater with a fresh airworthiness certificate flying in California—a kit aircraft called the Sling 4 from The Airplane Factory in Johannesburg, South Africa.

The Sling 4 is based on the Sling 2 two-seater, but with a larger wing and fuselage, an electric constant-speed prop, and a larger 115-horsepower Rotax engine. It is promised to go 120 knots indicated airspeed at 75 percent power. Glass cockpit avionics are from MGL, another South African company that has supplied avionics for the Sling 2.

The aircraft uses an Airmaster three-blade propeller with a 72-inch diameter and has a maximum takeoff weight of 2,028 pounds, carrying 48 gallons of fuel and burning 5.8 gph. Its maximum demonstrated crosswind is 15 knots. The company does not offer pricing on its South African factory website, but it does indicate there is also a factory-built option. The American dealer is based at Torrance, California. The American website indicates the kit without the engine and paint is $44,000, but does not list a factory-built option.

The aircraft includes a ballistic parachute, like that offered by Cirrus Aircraft, as standard equipment. The company is expected to exhibit the Sling 4 at the Sun 'n Fun International Fly-In and Expo in Lakeland, Florida, April 21 through 26.