Get the app Get the app
AOPA will be closed July 4th, in observance of the Independence Day holiday. We will reopen at 8:30 am ET on Tuesday, July 5.
News & Media Landing at the Zone

Landing at the Zone 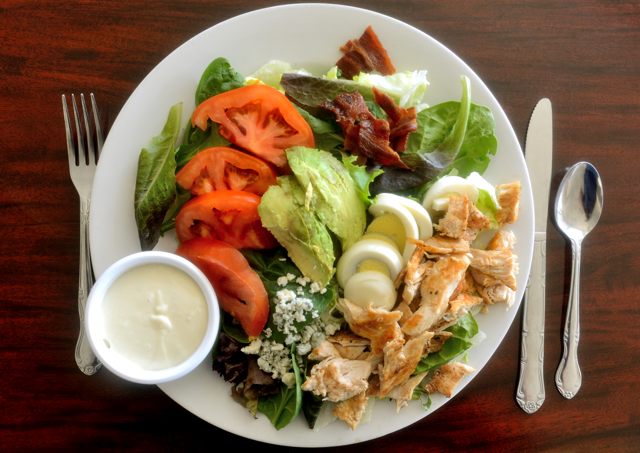 Customers touching down at the Landing Zone Restaurant, located on Salinas Municipal Airport in Salinas, California—home to AOPA’s first regional fly-in of the year on May 16—are as likely to come from the city or the surrounding agricultural businesses as they are to drop in after a flight.

The restaurant’s tall glass windows, facing the transient ramp, provide an open, airy feel. Inside, the décor includes the requisite aviation art, detailed aircraft models, and a constant-speed propeller. Outside, the contrails of jets transiting the California coast linger in deep blue skies and then slowly dissipate.

The Landing Zone’s menu is not broad, but the food quality and service both are very good. Omelets are a breakfast specialty, with several offered; the eggs are fluffy, the ingredients fresh, and the portions generous. Pancakes and French toast also are available.

At lunch the menu shifts to a selection of sandwiches, burgers, and salads. On Thursdays, local pilots advise, there’s also a rotating lunch special—something like fish tacos or spaghetti served in a bread bowl. 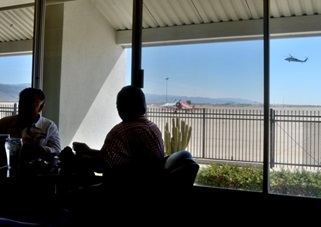 Located in what was the terminal building’s arrivals area when Salinas had commercial service, the restaurant has been there for 11 years, said Helen Klimas, who owns the business with her husband, James. “It doesn’t feel like that long,” she laughed. Her husband, who used to work at a restaurant in nearby Monterey, is the chef and Klimas waits tables and keeps the books.

Pilots are an important part of the customer base, and Saturdays usually bring the most fly-in traffic. “Sometimes during the week we see a lot of pilots. It can depend on the weather. We get a lot of people from agriculture here as well.”

The restaurant is open for breakfast and lunch, six days per week. Just ask Dale and Marie Ramey, who made the 45-minute flight from Paso Robles, California, in their Piper PA-22/20—a Tri-Pacer converted to a taildragger—for a Saturday lunch in mid-March. “Last year we made the mistake of flying up for lunch on a Sunday, and the restaurant was closed,” Dale Ramey said.

They said they were glad they repeated the trip, and enjoyed the salads they ordered for lunch. Pilots can always call the restaurant to confirm operating hours (831/758-9663). For those who want to drive in, eat, and watch airplanes, the Landing Zone Restaurant is located at 40 Mortensen Avenue in Salinas.

Technical Editor
Mike Collins, AOPA technical editor and director of business development, died at age 59 on February 25, 2021. He was an integral part of the AOPA Media team for nearly 30 years, and held many key editorial roles at AOPA Pilot, Flight Training, and AOPA Online. He was a gifted writer, editor, photographer, audio storyteller, and videographer, and was an instrument-rated pilot and drone pilot.
Go to Mike Collins's Profile
Topics: AOPA Events, Fly-in, Airport