Get the app Get the app
AOPA will be closed July 4th, in observance of the Independence Day holiday. We will reopen at 8:30 am ET on Tuesday, July 5.
News & Media Mooney M10 mockup on display 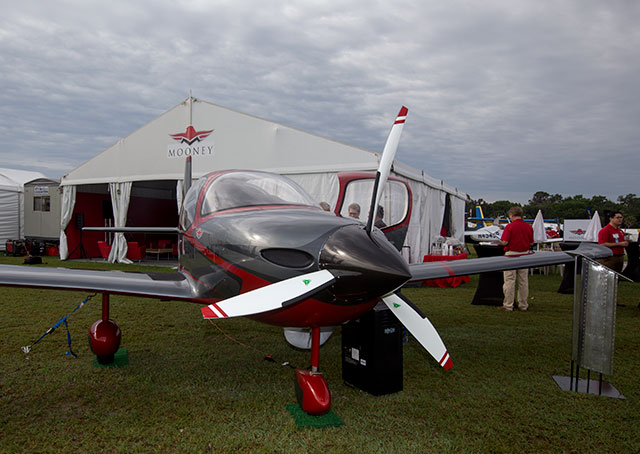 Mooney International unveiled the mockup of the new M10J April 21 at the Sun 'n Fun International Fly-In and Expo, giving visitors a sneak peak and soliciting feedback. On hand at a special press event, and for the balance of the show, the leaders of the design team asked questions, obviously curious about what pilots think about the seats—comfortable—and layout of the cockpit interior.

It was designed, explained Mooney Vice President of Engineering Tony Parker, with sports cars in mind. In fact, the design team includes engineers with experience in that realm. The placement of the sidestick control, like the rest of the interior, was carefully measured and thought out.

The composite airframe and Continental diesel power are departures for Mooney, which has been reborn under Chinese ownership and announced the M10-series (including the M10J powered by the 155-horsepower CD-155, and M10T designed for the training market with a CD-135 producing 135 hp) in China in November. 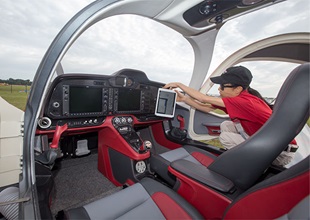 Parker said the proof-of-concept aircraft being built later this year at the company’s development facility in Chino, California, will be the first to fly, and that experience may lead to further design refinements before the three flight test aircraft are produced in about a year. The company hopes to certify the aircraft in the United States first, followed by China, and then Europe, Parker said. The price remains to be determined, pending the aircraft’s proving of the concept.

As for the design, “it’s got the Mooney tail,” Parker noted. “We wanted to have the connection” to the company’s renowned line. It also helps with spin characteristics, from an aerodynamic perspective.

Parker said a wind tunnel model is under construction, though for now the design team has relied entirely on computers to predict the new Mooney’s flying characteristics.

The mockup is available to look at and sit in, and visitors can expect a few questions about the experience, in the interest of the design team’s ongoing effort to listen to the market and refine the aircraft based on that feedback. 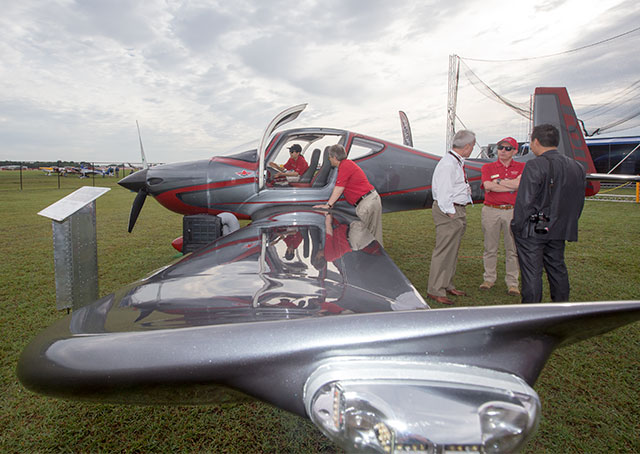