Get the app Get the app
News & Media Welcome to America, P2010 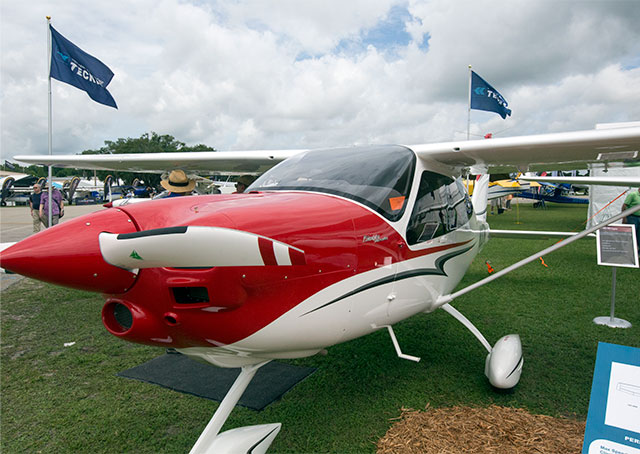 Under the philosophy of only showing off products when there’s something important to say, Tecnam is using this year’s show to both introduce its production model four-seat P2010 and begin taking orders. The airplane is already certified in Europe, where 20 aircraft have been delivered to customers. FAA validation of the European Aviation Safety Agency certification is expected this September.

Despite having certified a twin-engine airplane (the P2006T) already for the U.S. market, Tecnam is still viewed by many as a light sport aircraft company. The single-engine P2010 should change that. It comes standard with a Garmin G1000, a Lycoming IO-360 engine, and three doors (yes, a dedicated one for the back-seaters). The company’s director of sales, Shannon Yeager, said the airplane will do 140 knots in high speed cruise, and 125 knots when burning 7 gph to 8 gph.

Tecnam is known for building quality airplanes for the LSA market, and it shows in the P2010. The fuselage is carbon fiber, the cabin is comfortable, and the airplane has a modern look.

Yeager said this also marks the one-year anniversary of the company’s U.S. sales presence. Its Sebring, Florida, facility is owned by the Italian-based manufacturer, meaning that parts availability has gotten significantly better, he said. They’ve also taken a cue from automakers and display one of each type of aircraft in Sebring so potential customers have a chance to compare and contrast in person before deciding on which model to purchase. Once the P2010 hits the showroom, no doubt many more pilots will be coming to do just that. 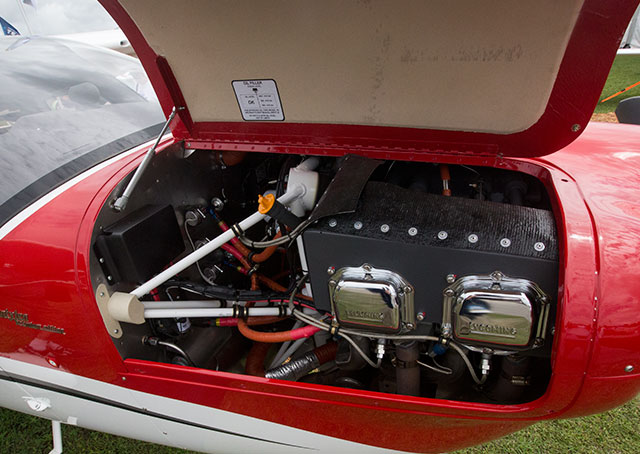