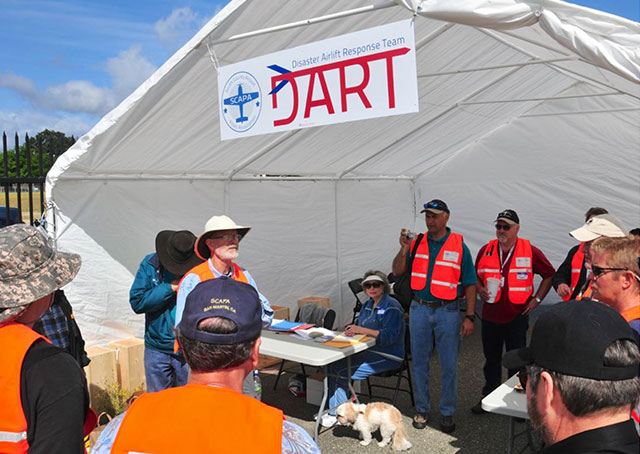 General aviation pilots in California swung into action April 25, joined by emergency management officials from several agencies and dozens of volunteers in a disaster drill that demonstrated the capacity of GA to help people in crisis.

The exercise was developed and organized by the South County Airport Pilots Association Disaster Airlift Response Team, among the 2014 recipients of an AOPA Foundation Giving Back grant. They put that $10,000 to work, along with other donations, delivering real food to people in real need as part of the simulated earthquake exercise.

The weather was less than cooperative, with mountain obscuration and icing that blocked participation for some, but SCAPA DART Co-Chairman Paul Marshall reported that seven aircraft were still able to launch on a variety of missions that show what GA can accomplish in response to an actual disaster. Among those were flights carrying 498 pounds of food donated by the Fred Meyer grocery store in Bellingham, Washington, which was handed over to the Saint Joseph’s Family Center in Gilroy, California, for distribution to those in need.

“We transported mock injured patients via private … aircraft flown by volunteer pilots to regional medical facilities including the Stanford Medical Center in Palo Alto, and transported donated food and mock medical supplies from distant GA airports as far away as Washington State via two coordinated relay flights,” reported SCAPA DART Co-Chairman Rod Pharis, in an email. “The intent was not to demonstrate the magnitude of our capability, but rather to organize and demonstrate the viability and potential of the volunteer mutual-aid pacts established. “

Several emergency management and public safety agencies participated, fine-tuning the logistics and communications plan that would benefit many communities in the region in time of need. 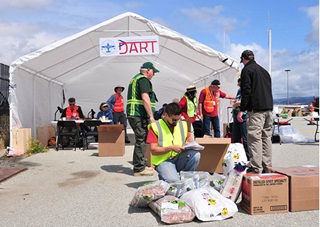 “Morgan Hill greatly appreciates the partnership with SCAPA DART,” said Jennifer Ponce of the City of Morgan Hill Office of Emergency Services, in a news release.  “The more we can practice our response together the more efficient we will be during times of crisis. Getting to know each other on a face to face basis before a disaster assures those urgent coordinated efforts are initiated quickly.”

The exercise began at 7:30 a.m. with a mock earthquake, with the first call for assistance from the Gilroy Emergency Operations Center following a half-hour later. Within the hour, the Palo Alto Office of Emergency Management Services emailed a request for help transporting city employees who were stuck in Gilroy—another key service offered by the DART team. 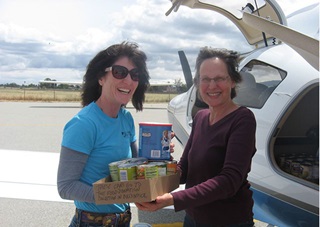 Volunteers coordinated flights and communications, set up tents and secure staging areas, and weighed payloads and distributed them among the participating aircraft and volunteer pilots. By early afternoon, with the exercise winding down, Colette Armao of the California Department of Transportation Aeronautics Division briefed the group on work she is doing to research and prepare a handbook describing for pilot groups around the country how to launch and organize their own disaster response team.

Marshall, in an email to participants, called the mobilization “a nice step forward for our team.”

Marhsall also provided detailed information about how SCAPA DART was organized and developed, an effort dating to 2008. The first table-top session was held in 2011, followed by a practice mobilization in 2013. 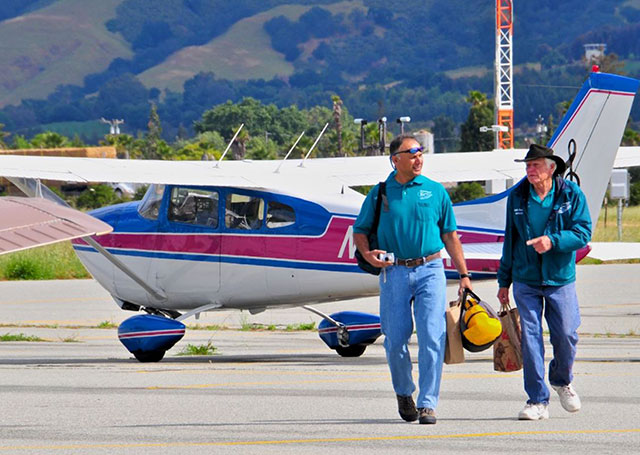