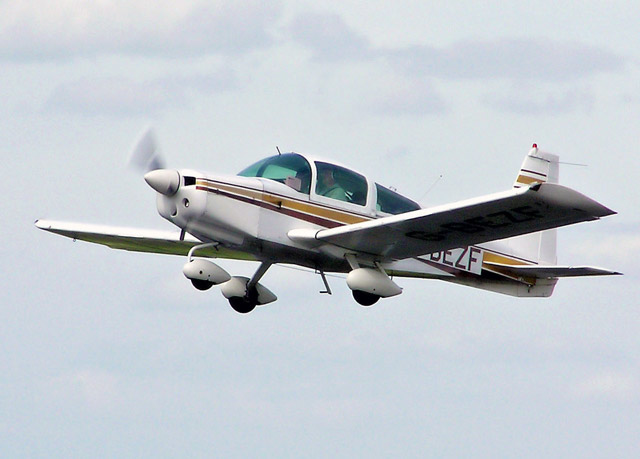 In 1972 it began as the American Traveler, then Grumman bought the company and tried to get a little more speed out of it. Tweaks to the airframe gained seven knots with the same 150 horsepower and so it deserved the Cheetah name it got in 1975 with the leaping Cheetah emblem. Gulfstream bought it later and continued production to 1979, with a total of 900 Cheetahs built. The aircraft was a success thanks to bonded wings and a honeycomb fuselage that got rid of rivets and added speed.

Stew Wilson, secretary/treasurer of The American Yankee Association in Cameron Park, California, said the Cheetah followed years of Grumman American Traveler production, meaning problems with the airframe were essentially corrected by the time the Cheetah came along. Wilson said the Cheetah is the sports car of the fleet, compared to a Cessna or Beechcraft aircraft. The fact that it has only a 150-horsepower engine, yet gets all that speed, means it is economical to operate. Some have been converted to a 180-horsepower engine, essentially giving the Cheetah the performance of its bigger sibling, the Tiger. Both are essentially the same airframe with one big difference. The Cheetah has a spar that can only be used for a maximum gross weight of 2,200 pounds. You can change the spar to get the higher gross weight of the Tiger, although that sounds a little pricey. There are many with the conversion already done. You buy the less expensive Cheetah and make it into an economical Tiger. The airplane during its production years passed through some pretty sophisticated manufacturers—Grumman and Gulfstream—so you have the benefit of quality engineering. The airplane does have a wet wing, not fuel cells, so there is the occasional fuel leak that requires a wing repair. All sliding canopies come to a time in their service lives where they leak, but inexpensive new seals seem to solve the problem with the Traveler/Cheetah/Tiger line.

Vref value
Vref, the AOPA partner offering aircraft value estimates, suggests a base price for the Grumman American Cheetah of $28,000 for the 1975 model to $36,000 for the 1979 model.

Recent advertised prices
Listed in Trade-A-Plane at the time this was written were six Cheetah aircraft ranging from $34,000 for a 1977 model to $44,500 for a 1978 model. A 1975 model was named Traveler but claimed the 127-knot speed of the Cheetah. It may have been among the last to carry the Traveler name, although built after speed improvements were made.

Insurance costs
AOPA Insurance Services estimates an average-cost Cheetah flown by a low-time pilot will cost $1,426 to $1,624 per year to insure.

How many in the fleet?
AIRPAC PlaneBase shows a registered fleet of 527 Gulfstream/Grumman Cheetah aircraft.

Airworthiness directives
Nothing serious. There was one requiring aileron bearing inspections.

Biggest minus
Wet wing sometime leaks. Not a widespread problem.

Things to watch out for
Two words: purple glue. In 1975 and early 1976, purple glue was used to bond the airplane skin to the airframe—but it would quickly fail. Check the bonding lines or have a mechanic do it. Most of the problem aircraft have been fixed.

What else to consider
Grumman Tiger