Get the app Get the app
AOPA Members DO more LEARN more SAVE more - Get MORE out of being a pilot - CLICK HERE
News & Media Training Tip: Costly cockpit chaos 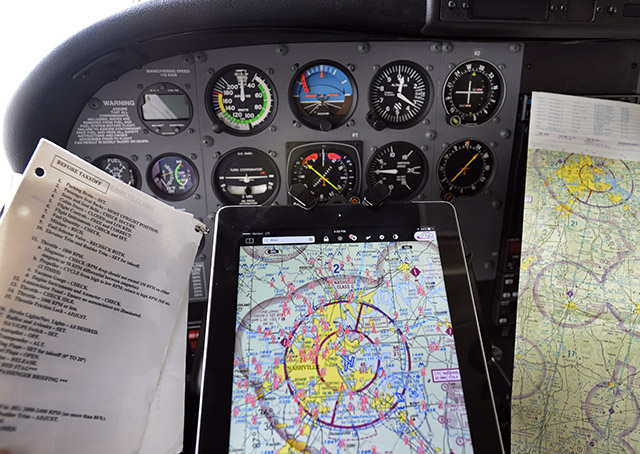 The Aug. 7 Training Tip recommended that practical test applicants be sure to give the designated examiner a thorough and informative passenger briefing before launch on the flight portion of the checkride. That’s consistent with a practical-test task requiring that an applicant brief occupants "on the use of safety belts, shoulder harnesses, doors, and emergency procedures."

Here’s a related bit of advice for flight test day (and every flight day beyond that): Don’t make your right-seater scramble over a scattering of sectional charts, spare headsets, handheld radios, portable intercom, and other assorted loose items to gain access to your cockpit.

What else? Chucking the wheel chocks over the rear seat and into the baggage compartment without as much as a second thought will not earn you points for ensuring that "all loose items in the cockpit and cabin are secured."

Starting the engine and then having your aircraft creep forward unsupervised while you wiggle your way around a web of wires for portable electronic devices and battery chargers will leave your DPE weighing your wherewithal to wear pilot wings.

Subjecting your guest to such cockpit chaos would leave more than a mere bad impression. It could change the color of your checkride’s concluding paperwork from white to pink—a reference to the color of pre-electronic paper notices of disapproval, so-called pink slips. The basis for such an outcome would be applicant’s failure to comply with any one of four objectives of the Preflight Procedures Task B, Cockpit Management.

This is no trivial task; the safety implications of a chaotic cockpit have been documented in many accident reports, and in confessionals submitted to the Aviation Safety Reporting System.

Recall that according to Page 2-7 of the Airplane Flying Handbook—a publication listed as test reference material in the practical test standards—"the pilot is responsible for ensuring that the routing of wires and cables does not interfere with the motion or the operation of any control."

Speaking of operation of controls, it may seem that you are demonstrating superior understanding of the finer points of regulations if you take off the shoulder harness when you are not taking off or landing—but why do so (unless you cannot reach or operate flight controls)?

As for your seat belt, remember that it "must be worn at all times when the pilot is seated at the controls."