Get the app Get the app
AOPA Members DO more LEARN more SAVE more - Get MORE out of being a pilot - CLICK HERE
News & Media Aircraft maintenance: Volunteers to the rescue

Aircraft maintenance: Volunteers to the rescue 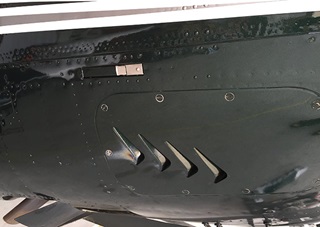 This year’s Oshkosh was one of the best I’ve ever attended. I was there for the entire week working with the SocialFlight team and everything in the world of aviation was looking up. The weather was perfect, the energy of the crowd was palpable, and nearly every booth had a new aviation product worth checking out. Even the avionics companies were delivering innovative new products you could buy today versus promises for the future. We flew our company Bonanza to the show with brand new avionics from Avidyne and Aspen and marveled at the brilliant displays, cool features, and ease of navigating the entire route.

As the show wound down and it was time to leave, I had every reason to expect that the stars would continue to be aligned to the end of the journey. With that attitude, we planned our departure for one hour before the airspace closed for the daily airshow. That would be plenty of time to spare if everything continued to go perfectly to plan.

T minus 60 minutes before airspace closure: Arrived at the airplane as planned and loaded our gear. As I began my preflight, I looked at the side of the cowl and saw something I hadn’t noticed before: soot and discoloration of the paint at the cowl gill air vent on the copilot side. Something was definitely amiss. Upon inspection inside the cowl, I quickly discovered the culprit: The exhaust ball joint was hanging loose with one of the three bolt/spring sets missing. Adding insult to injury, I discovered that my trusty “rescue tool kit” was back in Boston, rescuing the empty hanger right where I’d left it.

T minus 45 minutes before airspace closure: I recalled hearing several years ago about an “Emergency Maintenance Team” of volunteers at Oshkosh and Sun ‘n Fun. I immediately called the EAA main line, they directed me to the Antique Aircraft office on the grounds, who then directed me to call a number that they thought would reach the right people. That last call was answered by one of the volunteers of EAA Chapter 75, which operates the Emergency Aircraft Repair facility at AirVenture. From the EAA website: “The purpose of the Emergency Aircraft Repair facility is to assist pilots of aircraft with problems that may be encountered while attending the convention and to facilitate a safe return flight or ferry flight for permanent repairs. These volunteers can provide hand tools, jacks, clock, air, torch, welding equipment, drills, brake and magneto tools, plug cleaners, battery chargers, a field level maintenance shop, some manuals, and limited technical assistance to aircraft owners or agents.” The good news: They were on their way! The concerning news: They had to drive a gator around the entire perimeter of the grounds to get over to me at my parking spot…an estimated 25 minutes.

T minus 35 minutes before airspace closure: While waiting for the emergency repair crew, I managed to remove the cowl gill cover. To my amazement, the bolt, spring, washer, and nut were all nestled together at the bottom of the cowl, neatly organized for re-installation. Things were looking up!

T minus 25 minutes before airspace closure: Out of the distance we spot the Gator coming. It pulls up with three enthusiastic volunteers from EAA Chapter 75, complete with tools and boxes of spare hardware. This includes the requisite cotter pin to replace the one that had caused the issue. Customary aviation etiquette would normally include about one to two hours of banter, hangar flying, and making friends in order to install a single bolt such as this. Alas, that was not possible given the countdown to closure of the field. My friend and co-worker, Matt, handled the socializing so I could race to complete the repair.

T minus 15 minutes before airspace closure: The bolt is in place and the exhaust joint is secure. The cover is back on and the cowl is closed. We exchanged hearty handshakes and expressed our immense gratitude to these incredible volunteers, then said goodbye, but not before equipping them with some free SocialFlight gear as a small token of our appreciation. Then we hopped into the airplane, fired up the engine, and began our taxi (we had already completed our preflight and been listening to the departure ATIS for about an hour by now).

T minus 0 minutes before airspace closure: As we climbed out from Runway 27 and began our turn east, the radio traffic changed: “Attention all aircraft. Oshkosh airspace is now closed to arrivals and departures. Control is now with the Air Boss.”

As we turned on course and began our journey home, we were grateful for the help of those volunteers from Chapter 75. We learned a lesson about cutting departures close and about doing more thorough post-flight inspections. However, thanks to them, we were able to depart that day and reunite with our loved ones as planned after more than a week away at this great annual event.

Next year, I’m making a point of tracking them down at the show and buying these guys a “beer of gratitude.”

Jeff Simon is an A&P mechanic, pilot, and aircraft owner. He has spent the last 14 years promoting owner-assisted aircraft maintenance as a columnist for several major aviation publications and through his how-to DVD series: The Educated Owner. Jeff is also the creator of SocialFlight, the free mobile app and website that maps over 20,000 aviation events, $100 Hamburgers, and educational aviation videos. Free apps available for iPhone, iPad and Android, and on the Web at www.SocialFlight.com.