Get the app Get the app
AOPA Members DO more LEARN more SAVE more - Get MORE out of being a pilot - CLICK HERE
News & Media Back to the future: iFly 740 GPS navigator released

Back to the future: iFly 740 GPS navigator released 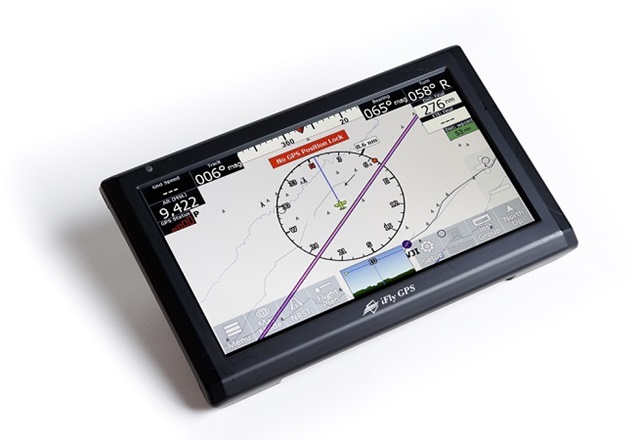 What once was a vibrant business of new handheld GPS units has all but evaporated thanks to tablets. Adventure Pilot’s iFly is one of the holdouts, and according to them, customers are thankful for it.

The new iFly 740 is one of the few new purpose-built GPS units left. And if you’re in the market for a GPS, the iFly is a good option.

The new 7-inch screen displays sectionals and other charts in beautiful high resolution. Operation is stone simple. Simply turn it on, touch the screen, and a menu pops up. It’s quick and easy to load flight plans, find nav and airport data, and switch between views.

One selling point over a tablet is that it’s very readable in sunlight. Adventure Pilot says the iFly is more than three times as bright as Apple’s iPad. It also isn’t prone to overheating like the iPad.

Knowing that many pilots are using tablets, Adventure Pilot has created an iPad app with software that mimics the iFly 740. Buy both and you can mirror one to the other. Change a flight plan on the app and it will send it to the GPS, and so on. Given that you’d have to spend thousands more for a similar capability, that’s a strong selling point.

On the downside, you will remain a slave to wires. Although the iFly 740 has an internal battery, it’s strictly for emergency use only. Forget to bring the power cable and you’ll be left with a stingy 30 minutes of battery time.

The iFly 740 is available for $899, or with street maps for $50 more. Map updates and iPad app subscriptions are extra.