Get the app Get the app
News & Media AOPA Fly-In Colorado Springs, CO

A special section for the AOPA Fly-in at Colorado Springs, Colorado 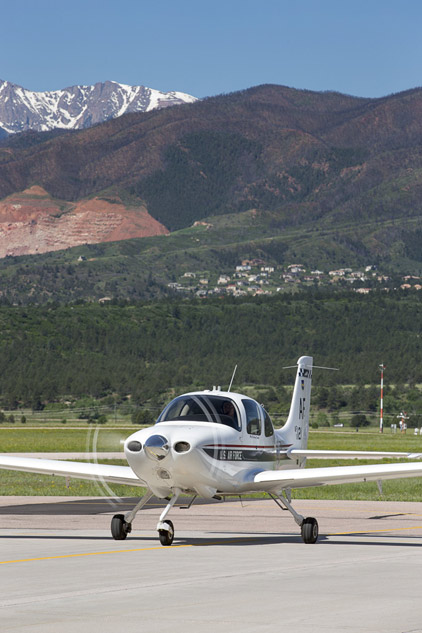 Colorado’s purple mountain majesty will be the backdrop for our fourth AOPA fly-in of 2015 on September 26 at Colorado Springs Municipal Airport (COS). With gorgeous scenery, a healthy dose of aviation in the area, and our usual great lineup of activities and displays, this fly-in will open up the spacious skies for everyone.

RSVP and reserve your meal tickets!

TOP 10 THINGS TO DO IN COLORADO SPRINGS

5 U.S. Air Force Academy. The iconic Cadet Chapel and scenic overlooks are among the attractions open to the public.

6 The Airplane Restaurant. A Boeing KC–97 serves as the centerpiece for this aviation-themed restaurant.

9 Royal Gorge Bridge. At an elevation of 6,700 feet and a height of 956 feet above the Arkansas River, this is America’s highest suspension bridge.

From dying art to living history 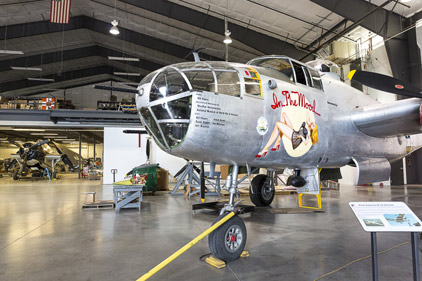 Gnarled propellers line a shelf of WestPac Restorations’ prop shop, their tips bent to near 90 degrees. Years ago, restorers wouldn’t bother with propellers like these because there were still enough surplus World War II-era airplanes around that they could find spare parts, says WestPac President Bill Klaers. Now, with parts supplies drying up, you’ve got to know how to overhaul a prop.

“There’s only three or four shops in the country that can straighten a prop that bad,” said Klaers, who is also president and CEO of the neighboring National Museum of World War II Aviation and co-chairman of its board of directors, pointing to a mangled piece of metal set to be straightened.

Workers at WestPac practice a dying art. The restoration facility takes the flying machines of World War II down to the spars and rebuilds them, using as many original parts as possible and manufacturing the rest at its full-service metal forming shop and maintenance facility. The warbirds taking shape on the hangar floor are restored in painstaking detail—down to the inspection stamps and part numbers inside. Klaer pointed out a signature of “Piddlin Bill Porter” inside a P–38 Lightning, a mark that soon will be hidden as workers finish construction and ready the airplane for flight testing. “Some of it you’ll never, ever see,” he said.

The museum houses several of WestPac’s former projects, immaculate machines that bring World War II to life for tour groups and students. Museum leaders don’t view the exhibits as static artifacts; the facility is set up to bring history to life. Klaer said that when he needs to perform an engine test or maintenance on one, he’ll wait for a tour or class to come through so that visitors can see the airplane in action. Through the school programs, students learn valued science, technology, engineering, and math skills against the backdrop of an important time in the nation’s history. Grade-school children bring in salvage materials and by the end of the program make an airplane out of the garbage—and fly it, according to Klaers.

A volunteer program provides an avenue for young people to take classes in sheet metal, propellers, or other maintenance topics. Everything in the museum is done by volunteers, Klaer explained, from the docent tours to the construction of glass cases. Those volunteers who show a special interest may start learning more advanced maintenance, a way to pass on some of the fading skills of restoration.

• Density altitude is a consideration for anyone flying into COS. Remember to lean the mixture, and be prepared to use more runway on landing and takeoff.

• Be conscious of terrain. Flying over the Front Range to the west of Colorado Springs is not recommended without mountain flying training.

• Bring chocks. Tiedowns are not provided for fly-in parking, most of which will be on hard surfaces.

• Review the airspace and remain clear of Denver Class B airspace when transitioning from the north. Some busy area airports and military operations, including the nearby Air Force Academy, have agreed to suspend activities during the fly-in.

• Submit fuel orders upon arrival. Marshalers will direct you to parking. If you need fuel, submit your requests once you’ve parked to allow plenty of time for fueling before you depart. 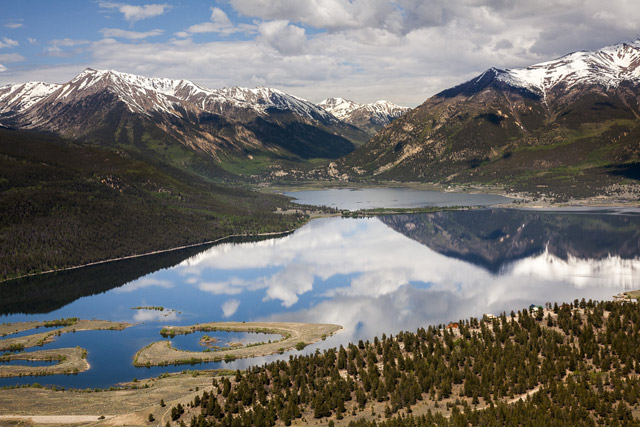 The view of Colorado’s fertile countryside and open skies from the top of Pikes Peak inspired the “purple mountain majesties” of America the Beautiful. Looking up from nearby Colorado Springs Municipal Airport today, the 14,114-foot summit stands as an invitation to explore. 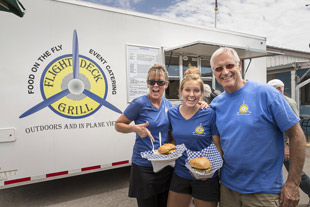 A short drive from Colorado Springs, this snowcapped fourteener may be summited by cog railway, automobile, or hiking trail. Pilots, however, may survey the peak of “America’s mountain” from the air while honing their flying skills in a challenging mountain environment. However attendees at AOPA’s Colorado Springs Fly-In decide to explore area attractions, the airport serves as a gateway to outdoor activities, entertainment, educational experiences, and fun.

Pilots may choose to extend their stay with an experience in mountain flying that offers breathtaking views of some of the area’s most famous attractions—along with valuable lessons in density altitude, weather, and flight planning. Peak Aviation Center owner and President Pat Carlile said his flight school can tailor its instruction to offer either a full course or a shorter orientation to the mountain flying experience.

Even at the base of the mountains, flying in the Pikes Peak region requires special density altitude awareness. The slow climb from Colorado Springs’ field elevation of 6,187 feet may necessitate circling to gain altitude before reaching the first mountain pass, but that’s no great inconvenience when it’s over the distinctive red rock formations of Garden of the Gods. Pilots may refine their skills at mountain airports such as Aspen or Telluride and earn bragging rights (plus the requisite certificate) for landing at Leadville-Lake County Airport, the highest airport in the country. Don’t let the 9,934-foot field elevation rattle you; as Peak Aviation Center Assistant Chief Flight Instructor Jim Van Namee says, “It’s just a runway.” 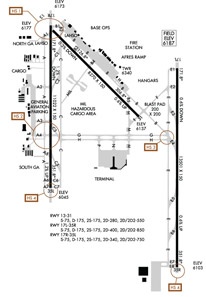 Van Namee, a retired U.S. Navy F–4 pilot, is among many active and former military members who call Colorado Springs home. Peterson Air Force Base, home to the North American Aerospace Defense Command and U.S. Northern Command, lies at the north side of the airport; Air Force Academy cadets enter the pattern in Cirrus SR20 trainers; and airworthy World War II-era aircraft bring history to life at the National Museum of World War II Aviation. Pilots can tour the museum during their visit.

Attendees at the Colorado Springs Fly-In can come early for the Barnstormers Party Friday evening, a special event sponsored by Jeppesen featuring the Recreational Aviation Foundation’s potato bake, a barbecue, and a Wild West show by David Bradley and the Flying W Wranglers. Then check out new products and technologies, refresh your knowledge at informative seminars, dine on food from local gourmet food trucks, and hang out with fellow pilots during the AOPA Fly-In.

Mark Baker, AOPA President and CEO
AOPA’s fifth president, Mark is an accomplished general aviation pilot with more than 7,500 hours, multiple ratings, and an owner of numerous airplanes over the years.

Rod Machado, AOPA’s National CFI Spokesman
An aviation author, humorist, AOPA columnist, and certificated flight instructor, Rod is on a one-man mission to keep the fun in learning. He has logged nearly 10,000 hours of instruction, one student at a time.

One of the best-known A&P/IAs in general aviation, Mike writes his monthly Savvy Aviator column on maintenance-related subjects. He has been a pilot and aircraft owner for 45 years with 7,500-plus hours logged, and is a CFIA/I/ME.

A former U.S. Navy F–18 squadron commander with more than 850 carrier landings and 5,000-plus flight hours, George began flying at age 16. He holds ATP, CFII, and MEI certificates, and was a senior aviation safety leader in the Navy.