Get the app Get the app
Get the latest news on coronavirus impacts on general aviation, including what AOPA is doing to protect GA, event cancellations, advice for pilots to protect themselves, and more. Read More
Already a member? Please login below for an enhanced experience. Not a member? Join today
News & Media Loose part downed Ford 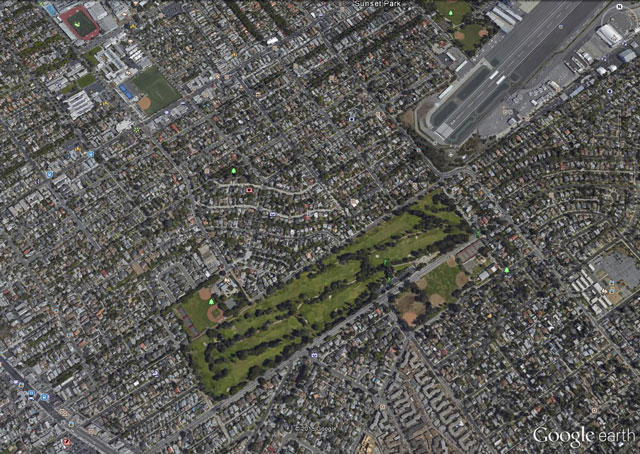 Just after takeoff from Santa Monica Municipal Airport’s Runway 21 on March 5, a fuel metering jet within the carburetor of Harrison Ford’s Ryan Aeronautical ST3KR unseated and rotated, flooding the engine with a fuel mixture far too rich to run on. Ford’s attempt to turn back to Runway 3 ended on a golf course about 800 feet short of that runway, according to a finding of probable cause approved Aug. 6 by the NTSB. The movie star and general aviation advocate was seriously injured, and investigators concluded that failure of a retrofitted shoulder harness “contributed to the severity of the pilot’s injuries.”

Ford has since recovered, and appeared at Comic-Con in July to help promote his much-anticipated reprisal of Han Solo in the upcoming film Star Wars: The Force Awakens. He told the audience that he had walked to the event, “so how bad can it be?”

The World War II-era trainer Ford was flying March 5 had been restored about 17 years before, though maintenance records showed no indication that the Holley 419 carburetor in the Kinner R-55 engine had been rebuilt during that restoration. The NTSB noted there was no requirement to do so imposed by the FAA, nor did the manufacturer recommend maintenance to this particular part.

“Had the carburetor maintenance instruction manual identified a means to ensure the security of the main metering jet, it is unlikely that the jet would have become unseated,” the NTSB probable cause report states. “There was no record of maintenance personnel inspecting the carburetor jets during the previous 17 years nor was there a requirement to do so.”

Investigators determined that Ford lifted off at 2:22 p.m. local time, and the engine failed upon reaching 1,100 feet msl, less than 1,000 feet above the runway itself. Ford told investigators he pitched for 85 mph and began a left turn back to Santa Monica Municipal Airport, requesting a Runway 3 landing. Ford told investigators that he realized he was going to land short, and could recall nothing further about the accident. The Ryan struck a treetop about 65 feet above the ground, and landed in an open area of the golf course adjacent to the eighth tee, about 150 feet from the tree and 800 feet southwest of the runway threshold. 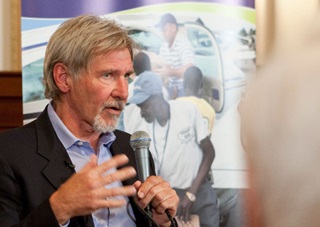 The March 5 forced landing drew widespread media attention, and praise from fellow pilots who know both the actor and this particular airplane.

Investigators were unable to determine when the vintage two-seater was fitted with shoulder harnesses. Ford’s harness was attached to the seatback, with no reinforcements.

“The lack of reinforcement allowed the attachment bolt, washers, and stop nut to be pulled upward and through the seatback structure during the impact sequence, which resulted in the pilot's loss of shoulder harness restraint,” the NTSB report states, noting that the agency is working to spread the word in the aviation community about the issues involved. Ford’s wife, actress Calista Flockhart, said during an Aug. 10 public appearance that she continues to support her husband’s passion for flying “100 percent,” though the accident “was a really hard, scary time.”