Editor's note: This story has been updated with details from the event. 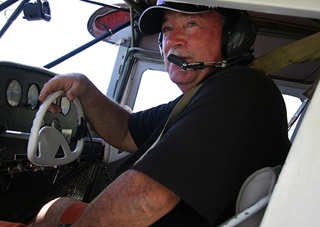 NASA painted Bill Corbett’s trusty 1974 Cessna Skyhawk white before it dropped from a crash rig at Langley Research Center Aug. 26 to test emergency locator beacons, and that’s the only reason he didn't cry. “What saved me was the paint. It’s all painted white on one side. I said, ‘It can’t be mine,’” he said. The beacons are supposed to go off in a crash so rescuers can find the site.

After witnessing the crash test Corbett said he wants to get to the Cessna plant as soon as possible and thank Cessna for doing “a super job of making a durable airplane. He said the struts and fittings were in good condition, the propeller wasn’t damaged, and the spinner was perfect. The tail cone broke off behind the rear window and that may have absorbed the force of the impact. He will get a research paper soon letting him know if he would have survived: And NASA will send him the prop.

His only concern? After it was over, researchers walked on the wing of his upside down airplane. That’s no way to treat his Hawk!

“The Hawk and I have been friends for a long time,” the former Virginia-based fish spotter said. He spent 26,200 hours in it starting in 1989 when it already had 2,000 hours on the airframe, flying up and down the coast from Newport News for the commercial Atlantic menhaden industry. That’s not time on the clock, that’s time based on engine speed, and it moves much slower. The total would be greater in real hours. The two remained friends even when it tried to burn him up.

The first time came after he smelled something burning on several flights, but nobody could pinpoint the problem. He had 56 gallons of fuel on board, 18 of them in an extra tank in the baggage compartment. Then one day he saw a volt spike on the ammeter, turned the master switch off, but a fire still started in the panel above his legs. He told controllers at Newport News he was coming back and when he got near he lowered the flaps 10 to 15 degrees for landing. The electrical load killed the alternator, the fire went out, and he landed using light signals from the ground. Controllers at the airport had been alerted that he was in trouble.

Insurance officials decided they wouldn’t pay for new radios—they had been fried due to an electrical short on the ammeter itself—because it was a maintenance problem, so he sent them a letter with the words TOTAL LOSS in caps on every line, explaining that the aircraft was very nearly a TOTAL LOSS. The insurance claim would have been much larger had it been a fire, crash, and TOTAL LOSS. The company paid. 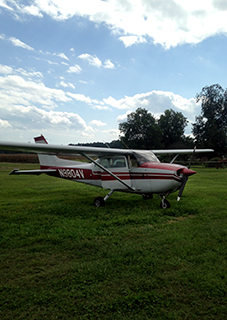 Back when there was only 25,000 hours on the airframe, the second fire occurred. Level 5 thunderstorms blocked his route back to Newport News so he landed at Williamsburg Jamestown Airport, tried to wait it out, but rented a car instead. The next morning there was nothing about the airplane to indicate it had been hit by lightning.

Well after takeoff a ball of fire the size of a fist erupted from the top of the panel. The lightning had damaged wiring throughout the airplane. He headed for a private strip but found it was under water from the previous night’s storm. Fortunately the fire went out and he returned safely. Corbett said it works out to one fire every 13,000 hours.

Other than that his Hawk had served as a legend among the other fish spotter pilots—it never failed. That’s because he replaced parts with age on them prior to the fishing season, even if they were working. Other airplanes in the fish spotting company had maintenance problems from time to time, forcing them to fly a backup airplane that they had to rent for $100 an hour. Not Corbett.

He did other things not required for maintenance. One of them was to strengthen the bracket that holds the emergency locator transmitter. In Alaska, he said, ELTs survived the crash and transmitted, but were ripped from the plane and their antennas. Without an antenna the transmission was useless to rescuers.

When the Hawk fell Aug. 26, he wondered if the bracket would hold, but found NASA engineers took his special mounting and tie wraps off because they worried it would interfere with data-gathering equipment. Here’s betting it would have held and that the aircraft is a TOTAL LOSS. 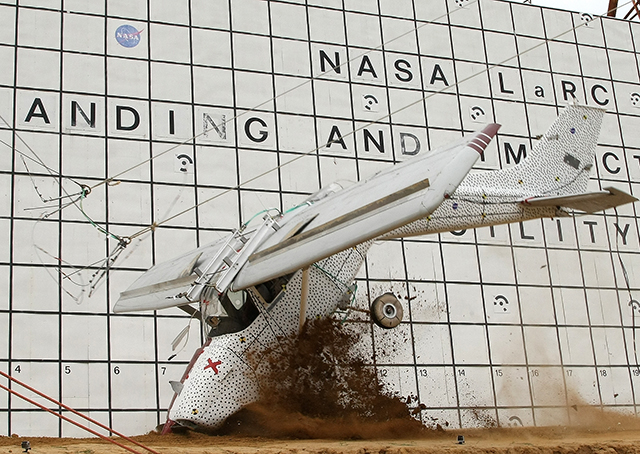