Get the app Get the app
News & Media Acro breakdown 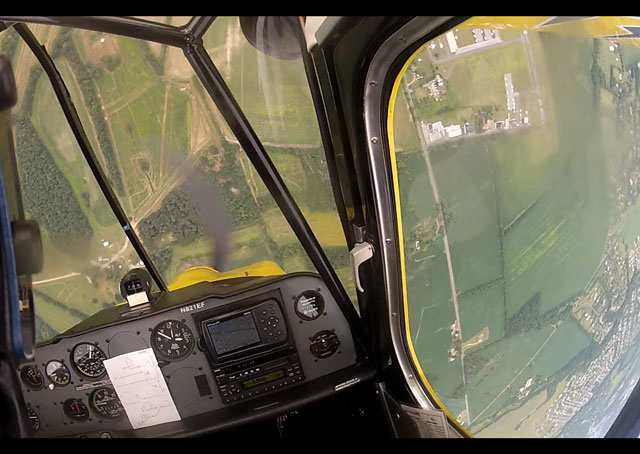 The U.S. National Aerobatic Championships are less than a month away, now, and I've already paid the entry fee and booked the travel, so I'm pretty much committed. If I fly there like I flew at the Kathy Jaffe Challenge (last place), I’ll be slinking back into AOPA headquarters with a bag over my head, full of shame. Not an appealing prospect. I’d prefer a better result, one that I can be proud of.

So on Aug. 22, with my instructor Bob Cipolli returning to his office in the back of the Super Decathlon, we decided to change things up a bit and break down the trouble spots. This would not be a day to stumble through a sequence—it’s not like I don’t know the order of maneuvers by now—but instead a day to focus on the individual figures giving me the most trouble. A scan of the score sheets collected to date revealed some common themes: spins getting low scores because they appeared forced, loops that were not exactly round, rolls that included unwanted changes in pitch, heading, or both. The order of the day was spin, repeat, repeat; loop, repeat, repeat, and so on. It was a departure from the typical practice routine of flying the complete sequence through, then going back and working on a handful of individual maneuvers that were off the mark. As it was at times with my primary and instrument training, moving forward required a step backward.

The International Aerobatic Club 2015 Sportsman Power Known sequence is composed of 10 figures (maneuvers) flown, ideally, in rapid succession, and it’s useful to break those down into their basic elements: there are two vertical uplines and three vertical downlines, one of which includes a 90-degree roll. There are (not in order) two 45-degree uplines, each with a half-roll to inverted, and one inverted 45-degree downline with a half-roll to upright. There is one loop, one Immelmann (a half-loop with a half-roll to upright), two partial loops (incorporated in the forward and reverse half-Cubans), a one-and-quarter-turn spin, a 270-degree turn, and a two-point roll (a slow roll with a pause at inverted). These are the building blocks of every sequence—lines, loops, rolls, and spins. Add snap rolls (a high-velocity spin), hammerheads (a vertical line with a pivot to a vertical downline), and tail slides (not flown in Super Decathlons), and you have virtually all of the elements of competition aerobatics. Deceptive, how simple that sounds.

The clouds being a bit low for the vertical uplines (no one wants to fly IMC acro), we focused on the spins, loops, and half-Cubans, drilling down on stick-and-rudder moves, and where to look and when. Don’t look left to the sight gauge until the horizon disappears, Bob advised after a loop. The spin, with 450 degrees of rotation, requires application of in-spin rudder as soon as the rotation is stopped with the opposite rudder to avoid heading earthward with wings cocked, a sure-fire deduction because it’s so obvious to the judges. 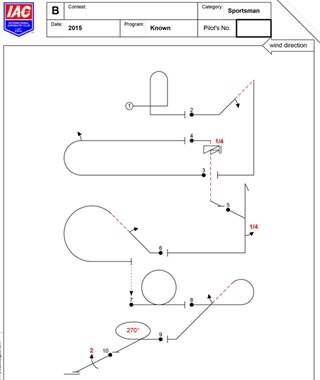 I’ve since busted out Bill Thomas’ Fly for Fun to Win (yes, please), one of the best books about competition flying there is, and started reading from the beginning. It becomes ever more useful to re-read as experience accrues: Concepts that were pretty foreign when I first started have solidified, and Thomas explains it well. The book launches not with particular maneuvers, but the basics of flying straight lines, round circles, and spins. Each vertical upline begins with a quarter-loop, and while it’s tighter than the first quarter of a full loop, it’s otherwise much the same thing. (This is also true on the return to horizontal from a downline.)

While it’s always tempting and might seem more useful to practice the entire sequence straight through, it does little good if that sequence is riddled with repeated mistakes. Rick Runnels, a friend and former competition pilot who now judges shared his approach to practicing in a telephone conversation initiated on the pretext of learning about his long history with IAC for a recent story, though I was every bit as interested in learning his approach to practice, particularly when he was just starting out (and winning contests). Fly the same maneuver over and over and over, he said, until you get it polished. Only then would he begin to build them into a sequence. At the higher levels of competition, when figures become more complex combining multiple elements, pilots rarely mess up the basics, he said.

“When you get into Advanced or Unlimited, those guys know how to fly a round loop,” Runnels said. “What’s going to screw them up is the roll into the loop, the snap on top.”

The first loop I flew on Aug. 22 was pretty good, but Bob wanted to see another just to make sure it wasn’t a fluke, and to help me imprint the feel of the figure, the stick forces, the visual picture, the sensations through the seat. The spins began to come into better focus, too. Make sure to get the nose nice and high, Bob told me, then make a smooth but assertive application of the chosen rudder to full deflection with the stick full aft. Properly flown, the entry is smooth, and not so abrupt. It won't look like I cheated with ailerons. Repeat. And again. A little right rudder on the pull out of the downline keeps the nose tracking straight as angle of attack increases. In-spin rudder is required on the downline to straighten the nose, but I need to quit dancing on them. Just make a smooth correction. Be assertive, but smooth.

“Relax,” Thomas wrote, several times throughout the book. Sharpen the fundamentals, and the scores will climb. I’ll be setting out this weekend (weather permitting) to work on all of that solo, and begin building the pieces back into a sequence. Being an optimist, I won’t cut eye holes in that paper bag just yet.