Get the app Get the app
AOPA Members DO more LEARN more SAVE more - Get MORE out of being a pilot - CLICK HERE
News & Media Training Tip: Controlling crosswind takeoffs 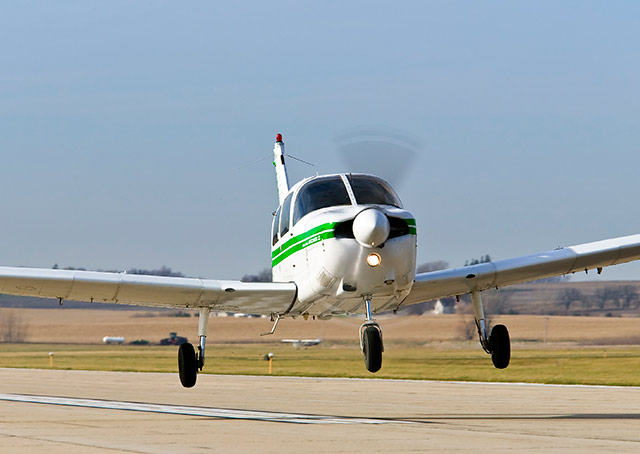 Crosswind landings get all the glory when student pilots, pilots, and instructors share ideas about training techniques. Usually discussion centers on whether a sideslip or crabbing into the wind is preferable on final approach for maintaining a straight track down the extended runway centerline.

Less attention is lavished on crosswind takeoffs, even though poor performance will exact the same penalties as “losing it” in a crosswind landing. Although the need to maintain directional control and avoid downwind drift is identical, takeoff technique and timing elements differ, as does the effect of takeoff engine power.

A good crosswind takeoff starts on the ramp. The pilot observes the wind condition and taxis to the runway using the correct control deflections, adjusting them each time the aircraft’s position relative to the wind changes.

When the takeoff roll begins, the upwind aileron is being held fully up (yoke turned toward the wind) to prevent the upwind wing from rising in gusts. Reduce the aileron deflection somewhat as the aircraft accelerates and the controls become more responsive. As with any takeoff, nosewheel steering (or differential braking) gives way to rudder as the takeoff run gathers speed.

Quick quiz: Given a direct crosswind and a choice of runways, which takeoff in a single-engine trainer would you expect to be less prone to adverse forces—a left or right crosswind?

A right crosswind tends to offset a single-engine airplane’s left-turning tendency; a left crosswind amplifies it by pushing the tail to the right, forcing the nose to the left, an effect called weathervaning. When taking off in a left crosswind, be especially ready to use aggressive control inputs to maintain direction.

It is when you break ground that a precisely-timed change in control method is needed.

“If proper crosswind correction is being applied, as soon as the airplane is airborne, it will be sideslipping into the wind sufficiently to counteract the drifting effect of the wind. This sideslipping should be continued until the airplane has a positive rate of climb. At that time, the airplane should be turned into the wind to establish just enough wind correction angle to counteract the wind and then the wings rolled level,” explains Chapter 5 of the Airplane Flying Handbook.

Note that in any strong wind, keeping the main wheels on the ground slightly longer than usual will help you become airborne with positive control.

Dan Namowitz has been writing for AOPA in a variety of capacities since 1991. He has been a flight instructor since 1990 and is a 35-year AOPA member.
Go to Dan Namowitz's Profile
Topics: Technique, Takeoffs and Landings, Training and Safety