Get the app Get the app
Already a member? Please login below for an enhanced experience. Not a member? Join today
News & Media Terrafugia takes unmanned turn 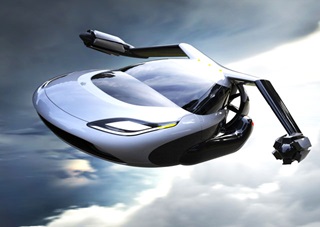 Terrafugia is still working to bring the Transition, its first “street legal aircraft,” to market, but moving forward in the meantime with the next big thing at a scaled-down size. The final Transition conforming prototype is slated to be tested in 2016 and 2017, and Terrafugia engineers are meanwhile tweaking the design for the TF-X, which aims to be capable of vertical takeoff and landing, thrust provided by articulating engine pods that rotate between hover and cruise positions. Before strapping a test pilot in, they will try radio controllers first, the company announced.

The TF-X was first announced in 2013 and will remain on the drawing board while the Terrafugia waits for regulators to determine how, exactly, the semi-autonomous aircraft will be certified. The design will soon enter the world at one-tenth scale, sans pilot, and, it turns out, still months ahead of new FAA regulations for commercial operation of unmanned aircraft. The Woburn, Massachusetts, firm founded by MIT graduates followed the lead of thousands of photographers and videographers, securing permission after petitioning the FAA for relief from compliance with applicable federal aviation regulations under Section 333 of the 2012 FAA Modernization and Reform Act.

Put another way, the company followed a trail blazed by hundreds of wedding photographers, aerial surveyors, and others who have found use for unmanned aircraft in the course of their business.

It is tempting to nickname the unmanned version of TF-X “inanibus,” the most likely word offered by Google as a Latin translation of “unmanned” suitable to the context. The company name, after all, is Latin for “to break free from the ground.” There was no discussion of this, however, in the Dec. 1 press release announcing approval to fly the scale version of the coming four-seat aircraft made with city streets and tight spaces in mind. The company did note that the TF-X remains at an early stage of development, and the unmanned model will enable testing of various flight characteristics including hover stability. The company pledged full compliance with authorities and limitations including a 400-foot ceiling for the unmanned scale model, along with a 100 mph speed limit.

The design also will be refined with help from more traditional tools including wind tunnels and computer models.