Get the app Get the app
AOPA Members DO more LEARN more SAVE more - Get MORE out of being a pilot - CLICK HERE
News & Media Pilot Briefing: Budget Buy

Easiest taildragger out there 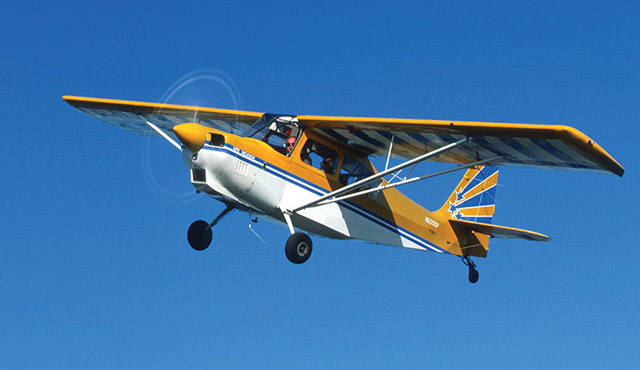 I have often said that flying a conventional-gear Citabria airplane is cheating. Citabrias, whether built by predecessors Bellanca and Champion Aircraft or the current American Champion Aircraft, are not nearly as difficult as most tailwheel airplanes. You don’t have to taxi in an “S” pattern for forward visibility, because you can see. While all tailwheel aircraft want to swap ends on the runway, the Citabria seems better behaved.

Most of the line now available for sale and fitting a $50,000 budget are older models with wooden wing spars, so you need a careful prebuy inspection. The used model under $50,000 is the Citabria 7GCBC. American Champion took over the type certificate and used metal spars in all models, including the 7GCBC that it began producing in 1994. Some owners of Citabrias with wooden spars have converted to metal spar wings for $26,000, plus optional new flaps and ailerons.

Robert Szego, president of the Bellanca-Champion Club in Coxsackie, New York, had his similar 7GCAA rebuilt and insures it for a value of $60,000. It is nearly identical to the 7GCBC except it has no flaps. His goes about 100 mph at 75-percent power, just like the 7GCBC.

You have to get it inspected before you buy, Szego said. If you convert to metal-spar wings you get a 100-pound increase in gross weight and “a lot of love from the factory,” he said.

Szego never calculates how much his airplane costs him because he says he doesn’t want to know. That said, it burns eight gallons per hour—less with leaning. He loves the visibility, great for seeing traffic. You can even see through the cabin roof. The airplane can be stored outside despite the fabric wing covering if it is covered with polyurethane paint.

The Citabria is a great training airplane, although Szego uses his 7GCAA mostly for travel. While it is mildly aerobatic, the aircraft, like the 7GCBC, has heavy ailerons, so spades (air scoops) added to the ailerons make for lighter, faster controls for aerobatics. Yes, he has looped it. “The tube-and-fabric construction gives you a steel cage if anything goes wrong,” Szego said.

Recent advertised prices
Listed in Trade-A-Plane at the time this was written were seven Citabria 7GCBC airplanes for sale. All were older Bellanca models built from 1971 to 1979, except one made by American Champion. The Bellanca models ranged from $31,900 to $55,000. The 1995 Explorer 7GCBC made by American Champion was $89,500. There were three for sale on Barnstormers.com. One was an older Citabria that had been retrofitted with wings containing new metal spars and was listed for $57,000.

Insurance costs
AOPA Insurance Services estimates an average-cost Citabria 7GCBC flown by a low-time pilot will cost from $1,200 to $1,500 per year depending on whether you buy a $30,000 Citabria or a $60,000 Citabria.

How many in the fleet?
AIRPAC PlaneBase shows an FAA-registered fleet of 901 Citabria 7GCBC aircraft.

Airworthiness directives
The more important ones concern models made prior to 1994 with wooden wing spars that were either cracking or had nails backing out.

Biggest plus
You can go upside down.

Biggest minus
Late-year models are pricey.

Things to watch out for
Make sure airworthiness directives for wing spars are met.

What else to consider
Champ, Decathlon