Get the app Get the app
AOPA Members DO more LEARN more SAVE more - Get MORE out of being a pilot - CLICK HERE
News & Media Pilot Briefing: Frugal Flier

Not a surplus hand-me-down 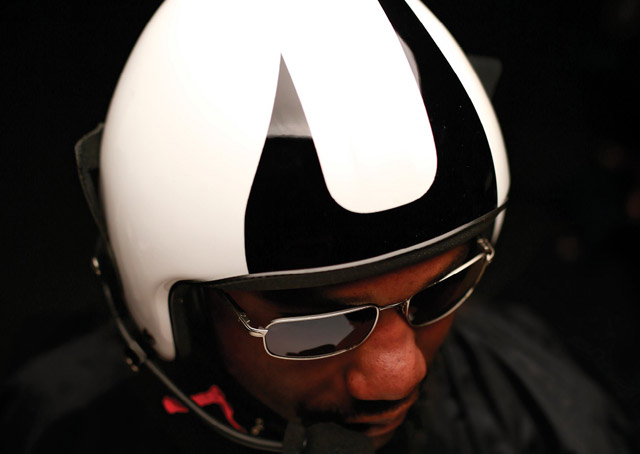 Not a surplus hand-me-down

The requirements for a perfect aviation helmet are completely contradictory. The helmet should be light, but also offer meaningful protection. It should have a low profile, but also block noise and provide superior audio quality. It should have standard two-plug mic/audio jacks, but not require taking the time to disconnect them in an emergency bail-out situation. It should look stylish, but not cost too much.

Bonehead Composites, a firm whose skydiving helmets have been adopted by many aerobatic pilots, has developed a specialized model just for pilots. The PilotX flight helmet has a low-profile, carbon-fiber shell and weighs the same as the lightweight, military HGU-55 made for fixed-wing pilots. (That’s 2.6 pounds fully GA equipped, with communication gear and sun visor.)

But the PilotX comes with two huge advantages: a quick-disconnect cord that pulls free in the event of a bailout, and in-ear foam buds that both block noise and pipe sound directly from the headset speakers into the wearer’s ears.

The in-ear device is made by Communications and Ear Protection, or CEP, an Alabama firm whose then-$99 helmet and headset upgrades were the subject of a 2013 Frugal Flier column (see “Frugal Flier: New Life for Old Headsets,” January 2013 AOPA Pilot).

Bonehead Composites owner Chris Frisella is a GA pilot who built and flies an RV–7. He’d thought about making an aviation helmet for years, but didn’t get serious about it until he noticed that aerobatic pilots were buying Bonehead’s skydiving helmets and wearing them over in-ear headsets such as Halo and Clarity Aloft.

“I knew I could improve on that with a purpose-built aviation helmet specifically designed for the tightly confined, loud cockpits typically found in high-performance aerobatic aircraft,” he said. 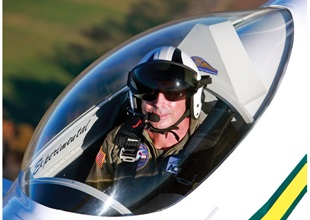 I wore a PilotX on a series of flights in aerobatic airplanes and found it to be light, comfortable, and exceptionally well thought out. There’s a skull-shaped volume control in the back, and that’s where the CEP ear buds plug in, too.

The in-ear CEP system works especially well in open-cockpit airplanes, where electronic noise-canceling headsets get overwhelmed by rapid pressure changes. Also, without noise canceling, the PilotX doesn’t require a battery pack that must be properly secured before aerobatic maneuvers.

Bonehead Composites plans to offer noise canceling as an option in the future, but I prefer the simplicity and reliability of the in-ear CEP system. Bonehead also offers clear and tinted visors, and placing the visor in the down position noticeably reduces background noise.

U.S. National Aerobatic Champion Rob Holland flies with a PilotX helmet, and the pilots of the high-flying Airbus Perlan II glider project are testing it, too.

“The PilotX was made with the noise level and dimensions of piston airplanes in mind,” Castillo said. “Military helmets are great, but they’re designed with a different set of considerations. No matter how much you adapt them, they just don’t work as well in an airplane like the Extra as the PilotX.”