Get the app Get the app
AOPA will be closed July 4th, in observance of the Independence Day holiday. We will reopen at 8:30 am ET on Tuesday, July 5.
News & Media Pilot Briefing: Pilot Products 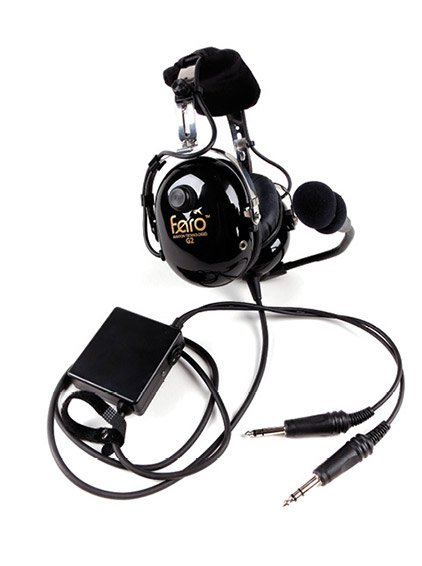 Active noise reduction headsets are great, particularly for flights lasting longer than an hour, but the price tag can be prohibitive. If you’ve been on the fence about ANR headsets, there’s a new option.

At $389.99, the FARO G2 ANR is a fine alternative to higher-end ANR headsets. FARO also offers a passive model, the G2 PNR.

Two AOPA staff members tried the models over several flights in four aircraft and one helicopter. Both appear to be sturdy and well-constructed. Both are shipped with padded over-the-ear cups and headband cushions.

The G2 ANR weighs in at 19 ounces. That’s heavier than higher-priced competitors, but I didn’t find the additional weight to be uncomfortable.

Noise reduction was good. FARO claims it to be up to 52 decibels.

An included audio cable allows you to listen to auxiliary audio on your portable device. Auxiliary audio can’t be muted during radio communications, so you will need to adjust the volume accordingly.

The unit operates on two AA alkaline batteries. It doesn’t feature Bluetooth capability or automatic shutoff, but those are nice-to-haves that a lot of pilots won’t miss.

We did find that the microphones in both models were sensitive to boom position, affecting transmissions over the intercom more so than radio transmissions.

Even so, these are nice options for the pilot who wants to try out ANR or seeks a new passive headset for personal or passenger use. FARO offers free shipping on orders over $100, free returns, and a three-year total warranty. 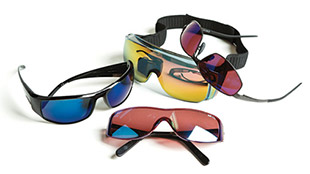 You have a problem. You want the glare reduction of polarization but still want to see the screens in your cockpit. Extreme Glare Sunglasses has what it says are shades that perform better than polarization without the associated blank-out effect. We tried their lenses and found them to work well in a variety of light conditions.

There are dozens of style options in both rose and gray lenses, or you can send the company your favorite frames and have it make custom lenses. This is the most cost-effective option, and it gives you great frames with great lenses. Rose gives excellent definition to the outside world, and gray keeps the rays at bay. —Ian J. Twombly

Lightspeed has added the Tango wireless aviation headset that transmits aircraft audio from a panel interface to the headset. The system can interface with other devices as well for in-flight music. Introduced in November 2015, the headset is $800. The headset has active noise reduction. The link to the panel is neither Bluetooth nor Wi-Fi. Lithium batteries power both the panel interface unit and the headset, and are the same battery model. The batteries can be recharged in two hours for a full charge and will power both units for 12 hours. The headset ships with a two-port wall charger to charge both batteries at the same time. Also included are cables to link personal devices to the headset. Should a battery fail in flight, the transmitter unit can be linked by cable to the headset. The headsets are in production now and are available for pre-order.