Get the app Get the app
AOPA will be closed July 4th, in observance of the Independence Day holiday. We will reopen at 8:30 am ET on Tuesday, July 5.
News & Media P&E: Savvy Maintenance

When requesting maintenance, the words you use are important 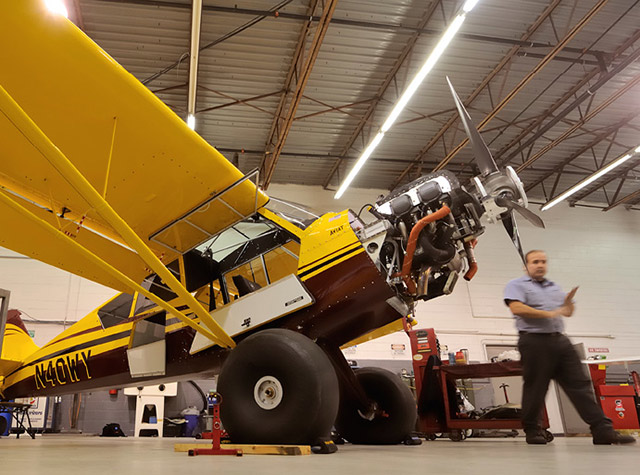 When requesting maintenance, the words you use are important

The voice on the phone identified himself as a Cessna 182 owner—let’s call him Jim—who was considering overhauling his Continental O-470-R engine and could use some advice. I asked Jim why he was considering overhauling his engine, thinking maybe it was approaching TBO and hoping to convince him this wasn’t a valid reason to tear down a perfectly healthy engine. As it turned out, this engine wasn’t even close to TBO.

Jim said his A&P recently pulled a cylinder because it had a leaking exhaust valve. With the jug removed, the mechanic discovered a badly worn cam lobe and showed it to Jim, explaining that the engine would need to be removed from the airplane and have its crankcase split in order to replace the damaged cam. The mechanic offered to do the work in house (rather than send the engine out) and estimated the engine repair would come to roughly $10,000, including parts and labor. Jim agreed and authorized the mechanic to proceed.

In a follow-up conversation, Jim asked his A&P whether it might make sense to overhaul the engine, given that it was already going to be opened up for a cam transplant. The mechanic replied that he’d be glad to do a full overhaul on the engine, but it would be a lot more expensive (by at least a factor of three).

Jim wasn’t expecting that, and he inquired why overhauling the engine would be so expensive. The mechanic pulled out a well-worn copy of Continental Service Bulletin SB97-6B titled “Mandatory Replacement Parts” and showed Jim all the parts that would need to be replaced at overhaul. These included, among other things, a pair of new gears (crankshaft and camshaft) that by themselves would add $5,000 to the tab. There were 24 additional categories of parts that must be replaced with new ones at overhaul. All the engine accessories—starter motor, starter adapter, alternator, magnetos, carburetor—would have to be sent out for overhaul. All the cylinder assemblies would have to be sent out for overhaul or replaced with new ones. The list was daunting.

“Do I really have to do all that stuff?” Jim asked me. He pointed out that SB97-6B contains Continental’s list of “mandatory replacement parts.” “I thought Part 91 operators like me were not required to comply with manufacturers’ service bulletins,” he added, “but my mechanic says he’s required by regulation to replace all those parts at engine overhaul. Who’s right?”

“You’re both right,” I replied, and paused for a moment while that apparent contradiction sunk in before starting my explanation.

“As a Part 91 operator, you aren’t required by regulation to comply with any manufacturer’s service bulletin unless compelled to do so by an airworthiness directive,” I explained. “Nor are you required by regulation to overhaul your engine—now or ever! Legally, you could run that engine for 20,000 hours—repairing it whenever it breaks—and never have the word ‘overhaul’ appear in your engine logbook.

“However,” I continued, “if you ask your mechanic to work on your engine and sign that work off as an overhaul, he is required by regulation to follow Continental’s guidance to the letter, and that includes complying with SB97-6B. So if you don’t want him to replace those $5,000 gears and you’re happy with your fuel pump and alternator, just ask him to log his engine work as a repair instead of as an overhaul, and then he can do—and not do—whatever you ask for.”

When an aircraft component such as an engine, propeller, instrument, accessory, or other appliance becomes inoperative, not airworthy, or just plain worn out, there usually are several options: replace the bad component with a new one or a rebuilt one, or have the defective component overhauled or repaired.

These four words—new, rebuilt, overhauled, and repaired—are terms that have distinct, specific meanings in the context of aircraft maintenance. Those meanings are defined in the federal aviation regulations. It’s crucial for owners to understand precisely what they mean and how they differ.

Rebuilt means a previously used component that has been overhauled to new fits and limits (possibly using approved oversize or undersize parts) by the original manufacturer. For example, only the Continental factory in Mobile, Alabama, can “rebuild” a Continental engine, although any A&P mechanic or engine shop can “overhaul” one. When the factory rebuilds a component, it receives a new data plate with a new serial number; if it’s an engine it receives a new zero-time logbook with no record of previous operating hours or history.

Overhauled means disassembled, cleaned, inspected, repaired as necessary, reassembled, and tested in accordance with the manufacturer’s approved technical data—normally the overhaul manual as supplemented by service bulletins. The word overhaul implies conformance to service limits—not necessarily new limits—so if you want new limits you have to specify a new-limits overhaul. A new-limits overhaul is essentially the same as rebuilt, except that it doesn’t have to be performed by the original manufacturer and doesn’t receive a new serial number or a zero-time logbook.

Repaired means inspected and repaired as necessary (IRAN) to restore the inoperative component to proper working condition. This term implies nothing about fits and limits, because there is no requirement to measure anything when performing a repair. One could, for example, remove a cylinder, replace a burned exhaust valve and guide, and then reinstall the cylinder without measuring anything, and call it a repair.

A repair differs from an overhaul primarily in that there’s no obligation to follow the fits, limits, mandatory parts replacements, and other procedures in the manufacturer’s overhaul manual. The FAA’s late, great Bill O’Brien—who long served as the agency’s top maintenance guru—used to drive this point home to mechanics who attended his IA renewal seminars by using this catchphrase: “If you used a micrometer, then it’s an overhaul; if you didn’t, then it’s a repair.”

When an owner asks a mechanic to overhaul something instead of repair it, he ties the mechanic’s hands. The mechanic is no longer able to use discretion as to which parts are worn out and need to be replaced, and which parts look fine and can be retained. He must slavishly replace 100 percent of the parts on the manufacturer’s mandatory replacement list (even if they appear to be in perfect condition), and he must measure all the other parts and replace them if they fail to meet the manufacturer’s service limits.

The words overhauled and rebuilt”are defined in FAR 43.2 and have specific regulatory meanings. If a mechanic documents that something is “overhauled” and hasn’t complied with every last jot and tittle of the overhaul manual and other manufacturer guidance, he can lose his A&P certificate. However, if he documents that something is “repaired,” he can do as much or little as he sees fit to do—as long as he is satisfied that his repair work was performed properly in accordance with acceptable methods, techniques, and practices.

Repair is almost always the lowest-cost method to get a mechanical problem resolved. The cost of having something overhauled will usually be much higher than the cost of having it repaired. For example, a propeller overhaul is typically at least twice as expensive as an IRAN (“reseal repair”). I’ve seen cases where having a malfunctioning instrument overhauled can cost 10 times as much as having it repaired.

The “O-word” is one of the most expensive and overused words in aviation maintenance. It is invariably a waste of money—often a lot of money—to have something overhauled if a simple repair will suffice. Of course, the word rebuilt is even more expensive, and new is the most expensive word of all.

From my perspective as a longtime aircraft owner and congenital penny pincher, the object of the game is to use the least expensive word that will make the aircraft safe and get it back in the air. If you hate to waste money on maintenance as much as I do, make a point of using these four words carefully when requesting or approving work on your aircraft.

Mike Busch is an A&P and IA.