Get the app Get the app
Already a member? Please login below for an enhanced experience. Not a member? Join today
News & Media Never Again: Once upon a night flight dreary

Never Again: Once upon a night flight dreary

Alternators give up the ghost

On an Edgar Allen Poe night, in swirling rain at 7,000 feet, I was eastbound to Richmond, Virginia—Poe’s hometown—over the unseen bleak West Virginia mountains from Cincinnati, Ohio. 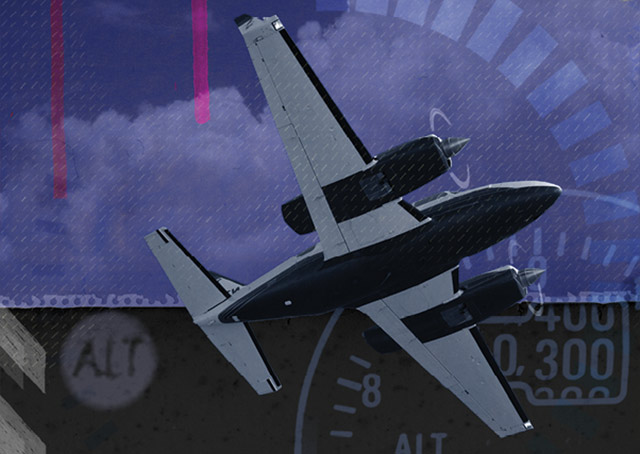 On an Edgar Allen Poe night, in swirling rain at 7,000 feet, I was eastbound to Richmond, Virginia—Poe’s hometown—over the unseen bleak West Virginia mountains from Cincinnati, Ohio. Flying a Piper Navajo Chieftain filled with passengers, I already had one alternator off line, and the other alternator needle was barely hanging on the yellow border of the red line. I was silently cursing: How did I get myself into this one?

The Chieftain had just come out of annual that day. Before the flight I had reviewed with the mechanics what had been done to the airplane. Everything checked out, and another pilot had completed a short test flight. Everything looked good.

Next, I checked the weather. A front just east of me had started to hit moist, warmer air, causing it to break apart and produce rain and low visibility for most of the Virginias. Richmond was reporting a 300-foot ceiling with three-quarter-mile visibility. Not great, but doable.

By the time I had climbed to 7,000 feet, it was already dark and I had caught up with the rain of the dissolving front. Although IFR in moderate rain, the flight was fairly smooth, so I settled down for the remaining hour and a half, glad that I was on the final leg of a long day of flying. The warm, fuzzy feeling did not last long.

Approximately 40 minutes into the flight I noticed that the left alternator indicator needle was in the yellow arc. The right alternator was at the bottom of the green. I had started out with both in the middle of the green. I was over the West Virginia mountains, at night, with few airports and fewer with services, so I decided to keep an eye on the gauges and soldier on. Over a 20-minute period, I could see that the left alternator was slowly losing its ability to generate current.

From the middle of the yellow, it went down to the bottom of the yellow, and then into the red arc. I shut down the left alternator. I was also keeping an eye on the right alternator. That one also began to slide down—albeit more slowly—into the yellow arc. Meanwhile, a passenger in the co-pilot seat asked me if needles in the red and yellow were normal.

“Not to worry, we have backups,” I said. Luckily he could not see my face in the dark. How could I be losing all electrical power in a twin that had just come out of annual?

I shut down all nonessential electrical equipment and kept a sharp eye on the right alternator indicator. I desperately needed electrical power for at least one radio and a nav to fly the ILS at Richmond.

My alternate was Norfolk, Virginia, where the weather was at the alternate minimums. Not that great, if you have no radios or nav. This flight occurred before the existence of an onboard GPS with a backup battery.

The right alternator needle was now in the middle of the yellow arc. By this time, I was probably 20 to 25 minutes from Richmond, at least clear of the mountains and close enough to listen to the ATIS. The weather had improved to a 1,000-foot ceiling with 2.5 miles of visibility in rain. Still IFR, but at least it was getting better rather than worse. The right alternator needle was still hanging in the lower middle of the yellow arc.

After what seemed like an eternity, I was approximately 10 miles west of the airport, just minutes away. Just then, the controller vectored me on a downwind leg for the ILS. Of course, with all the bad weather and delays, I was fifth in line. With electrical generation seemingly stabilized in the yellow and good for at least another 10 to 15 minutes, I accepted the vector. Off I went for a 15-mile downwind and 15 miles back to land.

Finally, amazingly, I landed. I taxied to the ramp in the dark, with the windshield wipers on—useless as always—to a guy dressed in black with no lighted wands. I reminded him that dressed like that on the ramp, someone might accidently taxi into him. He shrugged.

The next morning, I called dispatch, told them what happened, and got authorization for the local shop to repair the airplane. My passengers were supposed to return around 6 p.m.

I returned in the middle of the afternoon to check on the progress of the repairs and to find out what had happened. The mechanics were wrapping it up. The left alternator was now brand-new because the Cincinnati mechanics had over-torqued the bolts on a new alternator, and after a short time of flying they had simply stripped out, releasing the belt tension completely. The belt tension on the right-side alternator apparently had been adjusted but not torqued enough. This belt had loosened so that it was just tight enough on the pulley to produce electrical power to keep the system in the yellow arc and bring me to the airport the previous night. What was the probability of this happening with both alternators?

These issues with the alternators point out how important it is to know the shop and the mechanics who work on your airplane. Back home, I discovered that a new intern mechanic had worked on the airplane without proper supervision.

Walking away from the airplane that day, I was reminded of Oscar Wilde’s quote, “Experience is one thing you can’t get for nothing.”

Roger J. Pelletier is a flight instructor and contract corporate pilot in Cincinnati. He has an airline transport pilot certificate with CFII and MEII ratings. He has logged 12,800 hours.